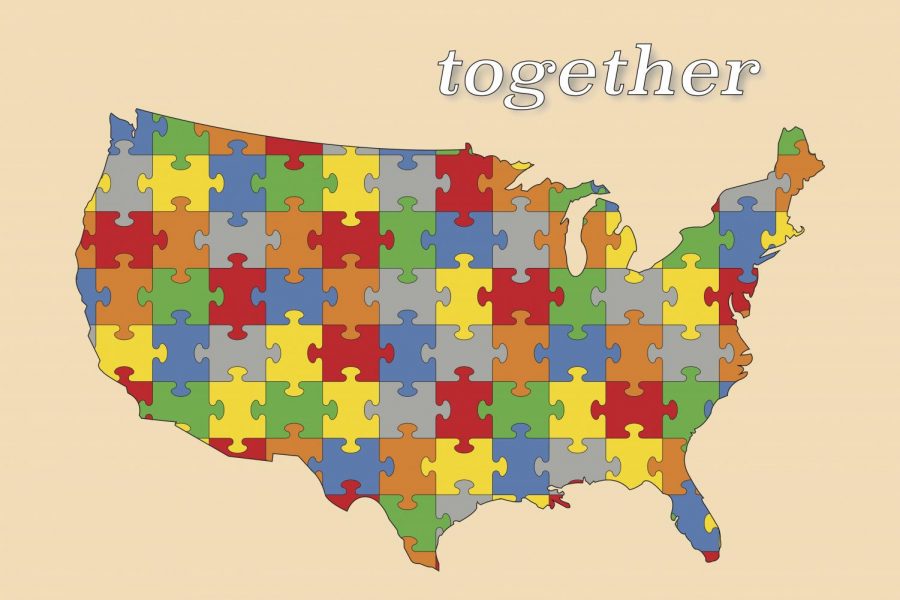 “Things got better. Vaccinations ramped up. More and more people started talking about the pandemic coming to a close. People came together.”

We are so divided. American society, I mean.

High schoolers have a unique position in this situation. We’re informed enough to recognize the divisiveness and have our own opinions, but we’re not old enough to truly do anything about it.

Sure, that sounds naive, I agree. But there are few at this age who actually make a material difference and have a substantial voice in society. What I’ve done over these past 14 months is most likely insignificant to you. So, I guess what I’ll try to do here is observe.

The number of COVID-19 cases over the course of the pandemic may seem like a blur, or to some the cases may seem to have increased steadily since it has been mainstream news for 14 months. Really, though, the U.S. confirmed cases have come in three distinct waves, as you see in the graph.

The peak of the first wave was April 10. Then cases went down. Why? Well, that’s when mask recommendations or mandates had just become fairly widespread. And, realization that the pandemic would actually last more than a few weeks had set in. We all made that realization together.

The second wave was about double the severity of the first. The peak was July 20. Then cases went down noticeably again. Now, this is just a coincidence, but late July was also the time that sports leagues, like the MLB and NBA, began or resumed their seasons. We all know the saying that sports bring people together. Yes, there is probably no correlation whatsoever between sports and COVID-19 cases dropping, but hey, I like to see the connection.

The third wave made the first two look like ripples. It’s interesting to me, that in the spring and summer of 2020, fear of COVID-19 was high and the number of cases was relatively low. The fall and winter of 2020, it seemed to be the other way around.

What brought us back from the rapid increase in cases in November, December and early January? The peak of the third wave was January 8. Just two days earlier was one of the most horrific days in U.S. history, the day of the Capitol insurrection and the epitome of the increasingly divided culture we’d experienced.

However, just over a week later, we got ourselves a new president in office, and things got better. Vaccinations ramped up. More and more people started talking about the pandemic coming to a close. People came together.

Being divided doesn’t do us any good, and that is something that our president in 2020 didn’t understand. Hopefully that stark division among our own people remains subsided for good. Because I sure hope that future generations won’t have to endure another 2020.

We’ve rebounded from 2020 by coming together. Family, friends, school, sports, politics, society … anything, really — progress is made when we’re in it together.

I take back what I said at first.

We were so divided. But it’s getting better.