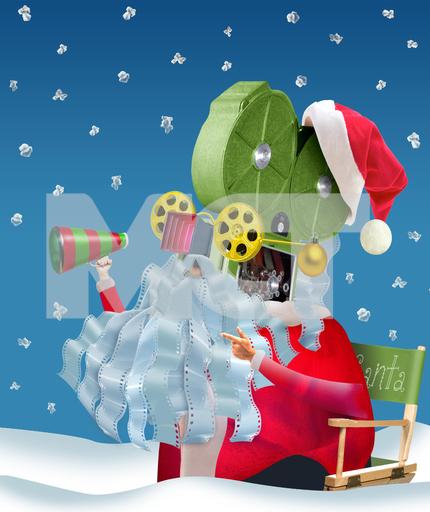 Starring Chevy Chase, this holiday classic provides hilarious comedy the whole family will enjoy. When Clark Griswold (Chase) sets out to have the perfect family Christmas everything turns out  the opposite of what he expected. Although a somewhat unconventional Christmas tale, it still possess all of the necessary elements to qualify as a classic Christmas movie. Christmas spirit, annoying relatives and crazy family traditions prevail throughout the film. Besides the constant tear inducing humor, this movie is filled with memorable quotes I can’t help but reference all year long. The actors exhibit some of their best work, especially Chase, Johnny Galecki and Juliette Lewis. If this movie isn’t one of your annually watched Christmas movies it definitely needs to be!

This movie embodies every eight-year-old’s ultimate dream and worst nightmare. Being free from adult supervision but home alone during Christmas. Filled with plot twists and hilarious originality, this movie is a must-see for people of all ages. Although the premise of a young boy left all alone during the holidays is highly unlikely, the movie develops into a heartwarming and enjoyable film for the whole family. The irresistible little-boy charm portrayed by Macaulay Culkin (Kevin McCallister) keeps viewers delightfully entertained. The soundtrack for this film has the catchiest tunes of the season, and I guarantee it will get even the biggest grinches in the Christmas

A hilarious comedy about a human who grows up in an elf’s world, Elf is a family film all ages will enjoy. Before I saw Elf, I assumed it would be a cheesy Christmas tale with another one of Will Ferrell’s overdone performances, but I was pleasantly surprised. The clever comedy is nonstop throughout the film and Will Ferrell’s portrayal of Buddy the Elf is impossible to dislike. This film does stray from Will Ferrell’s classic SNL persona into a new realm of kid-friendly comedy, but he still manages to pull it off wonderfully. I definitely recommend this movie, especially if you will be watching with children under the age of ten.

The holiday classic since 1946, It’s a Wonderful Life is simply beautiful. This film shows not only the cheerful aspects of Christmas, but also the hardships and regrets that many face  around the holidays. This is the case for main character George Bailey who begins to wish he had never been born because of the challenges he faces as a businessman. But luckily a compassionate angel comes along to show him what life would have been like if he really had never been born. It’s a delightful story with an unforgettable ending that makes up completely for the depressing beginning. James Stewart is incredible as George, somehow causing viewers to sympathize with his character no matter what choices he makes.

A classic story made into a classic film. Many have heard the tale of Ebenezer Scrooge, a grumpy old man who seems to have no compassion for others until he is visited by three ghosts of his Christmas past, present and future. This film differs greatly from my top four Christmas movies because the plotline has less of an emphasis on Christmas itself as it does on Scrooge realizing he has become a terrible person in his old age. This version also stays extremely true to the original book  by Charles Dickens, making it all the more a great Christmas movie. From charity to compassion, there are lessons for everyone in A Christmas Carol.