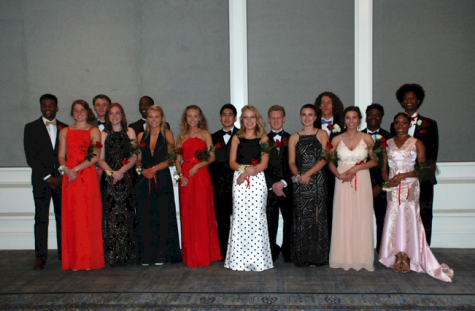 KHS 2016 prom court preparing to walk on stage at The Ritz Carlton April 22. 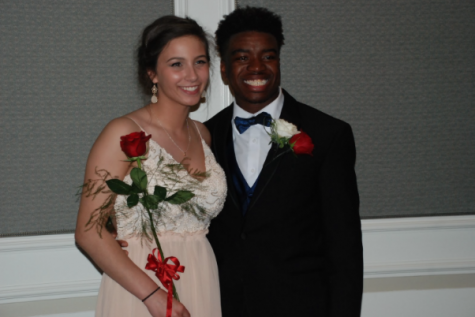 Gillian Baker and George Ziama lining up for prom court at The Ritz-Carlton April 22. “My favorite part of prom, and all dances really, is the dinner before [the dance],” Baker said. “At the actual dance, it’s constantly turning around and having abrupt conversations to talk to everyone before you lose them in the crowd. But at the dinner it’s your closer friends and you get to sit down with them and have real conversations and appreciate with having all your friends together. Especially senior year because it doesn’t seem often that all your friends schedules ever line up perfectly.” 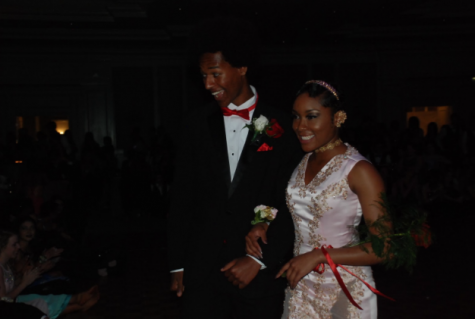 Robson Ali and Olivia Hodge are announced for prom court at The Ritz-Carlton April 22. “It was scary standing up in front of everyone [on stage] and kind of awkward for me because you’re just staring out at everyone, but it was still fun,” Hodge said.

“[Prom] was really fun,” Ali said. “I didn’t like the fact that I had to line up half an hour [early] to walk at ten. I feel like they played the best music at that point, so I was kind of missing out. Speaking of music, the venue was amazing, the venue was fun there was a lot of water, there was a great dance floor, but I felt like the music they played [was not good]. I’m okay with trashy pop, but I want my trashy pop to be current, this [music] was a couple years old. Then the DJ kept switching songs right in the middle and that was severely ruining my hype.” 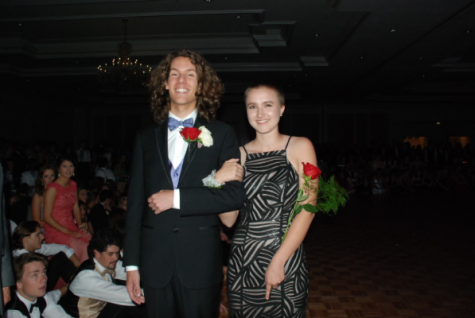 Sophia Roth and John Kilian are announced as prom court nominees at The Ritz-Carlton April 22. “My favorite part [of prom] was in the beginning when I had to introduce both of my dates to the principles,” Kilian said. “I went with two friends and it made it a little bit awkward trying to shake hands with the principles when my hand were in the arms of two other girls, it was entertaining.” 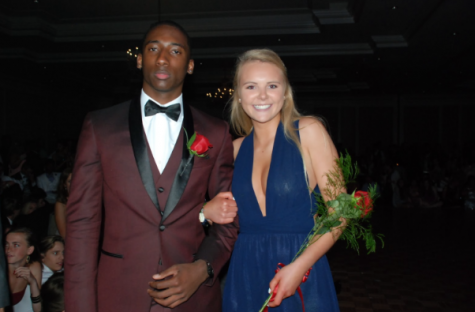 Anthony Loper and Claire Cunningham are announced as prom court nominees at The Ritz-Carlton April 22. “[Being nominated] was a pretty exciting feeling, there’s nothing better than being on court twice and knowing that everyone like your personality, it was a good feeling,” Loper said.

“I get nervous in front of crowds, so I was nervous [on stage] but it was fun at the same time,” Cunningham said. 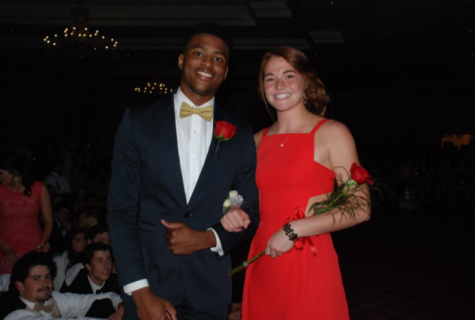 Grace Noonan and Javon Hill are announced as prom court nominees at The Ritz-Carlton April 22. “I was talking to Mr. Kelly and I wasn’t paying attention to the announcements,” Hill said. “I went to class and people were [telling me] congratulations and I didn’t pay any [attention] to it. I [finally] found out that I was nominated for prom court.  It was kind of weird and I didn’t expect it.”

“I didn’t expect [to be nominated] at all,” Noonan said. “I was really happy, partially because I got a free ticket, but also because I was honored to be nominated by my friends.” 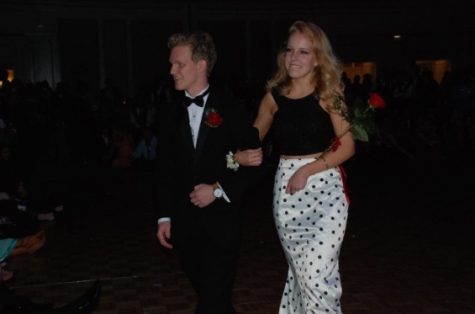 Trevor Cleveland and Mackenzie Philippe are announced as prom court nominees at The Ritz-Carlton April 22. “Prom overall was really fun,” Cleveland said. “I didn’t expect it to be such a good time. I’m not really a person who goes to dances. It was really a lot of fun, being there and seeing everyone, but The Ritz was a really great location. All in all it wasn’t what I expected.”

“Junior year prom is so much better because there’s so much expectation because it’s a big dance, you’re still a kid and underclassman,” Philippe said. “This year I was really pessimistic going into it because I had a bad week and I don’t like paying that much money for things. I just didn’t enjoy myself as much. I still had fun of course, it just wasn’t as fun as last year.”

“I was surprised that many people would vote for me [to be on prom court],” Higginbotham said. “I was just surprising I was really happy and excited because I guess that means a lot of people think highly of me, which is really humbling.” 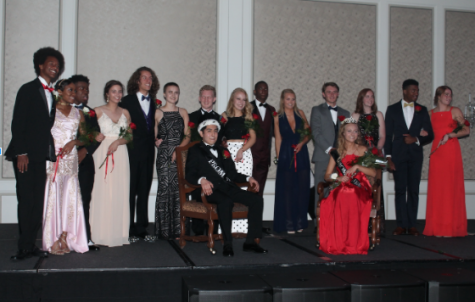 Xorge Hernandez and Darcy Humphrey are announced as KHS 2016 prom king and prom queen at The Ritz-Carlton April 22. “[Winning prom queen] was crazy, it was so surreal when the said my name I was surprised because I was not planning on winning,” Humphrey said. “It was really cool, everyone was so nice and hugging me.”

“It was the best dance I have gone to in my whole four years [at KHS],” Hernandez said. ”I danced a lot, I saw my friends [and] it was a good environment.”