Where did KHS students travel this summer? 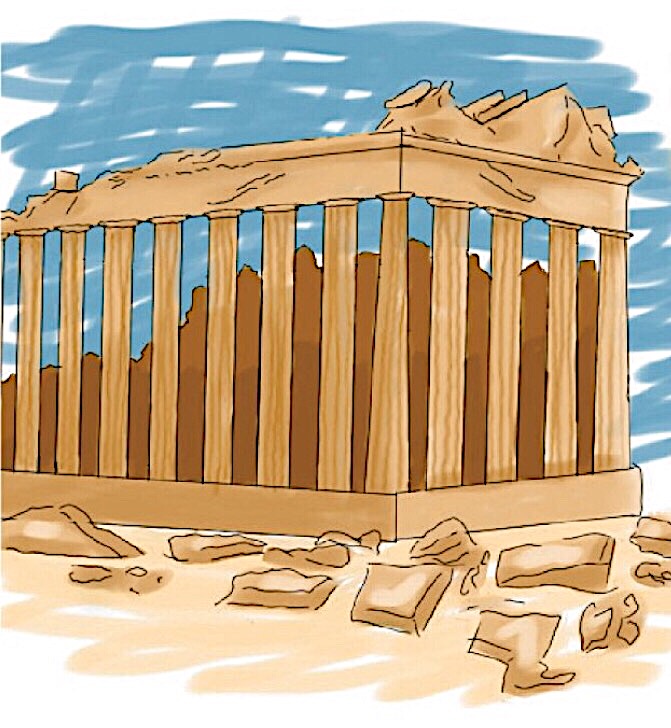 She watches from a cliff as waves crash onto the rocks below. The sky fills with color and the temperature finally drops as the sun sets on Kythira, Greece.

Hanna Spanos, sophomore, spent 10 days in Kythira this summer. Spanos is part Greek, and she and her family take the trip about every other year. According to Spanos, one of her favorite parts is visiting different beaches while they are there. Spanos said the views in Greece are incredible, and the water is always clear.

“There’s this castle [near the beach] on the island we’re on,” Spanos said. “There’s always one day when we’ll climb up to it, then at night the whole thing lights up.”

Spanos said these climbs don’t always go perfectly. The area around the beach is full of hills and cliffs, which can be difficult to maneuver.

“One time, my aunt was driving up a hill away from one of the beaches, but there was so much weight in the car that as she was pressing the gas, the car started rolling backwards,” Spanos said. “It kept going until one of the wheels was completely off the hill. It was pretty scary.. We all had to get out of the car so she could get back on track.”

Borderline catastrophe aside, Spanos said visiting Greece is amazing. She called it an incredible experience for sure.

Bright lights and car horns fill the air as hundreds of people crowd the sidewalks. Kaleigh Bendoff, sophomore, stands in the middle of it all, taking in Times Square.

Bendoff traveled to New York City for a week this summer. She attended three Broadway shows: Mean Girls, Dear Evan Hansen and My Fair Lady. Bendoff said all three were amazing, especially being a theater person. In between shows, Bendoff loved exploring the city.

“We got to go to the top of the Empire State building, take a carriage ride around Central Park, visit the 9/11 memorial and just walking around Times Square was exciting too,” Bendoff said. “My grandma and I even got to be on the Today Show. We had to wake up at 4:30 but it was worth it.”

They stepped off the 8-hour flight and into a new country. Claire Zickel, junior, visited Germany this summer with the German American Partnership Program (GAPP). Zickel and 21 other KHS students each stayed with a host family for about a month, and then spent a week traveling to the cities of Hamburg, Munich and Salzburg, Austria.

“It was really fun staying with a host family, that was the main thing,” Zickel said. “But because you always had to speak in a different language, it was also really tough.”

According to Zickel, some of the most memorable parts of the trip were taking a biking trip around Hamburg, going canoeing and seeing the cities of Munich and Salzburg. She also enjoyed putting on a talent show for all the German families.

“[The show] was pretty interesting because everyone was really stressed [out], but we ended up having a great time,” Zickel said. “It was a really good experience. I think anyone taking German should definitely try out for GAPP. It’s the best.”

With the chatter of tourists and light music in the background, Megan Roche, sophomore, stands on the beach. A salty breeze blows in as the waves reach the shore.

Roche spent two weeks of her summer in Hawaii. She and her family visited both Maui and Kauai, and had plenty of activities planned.

“We got to go ziplining, ride bikes down a mountain, parasail, hike, go down in a submarine and we even went to a luau,” Roche said. “It was nice because everything went smoothly. It was kind of the perfect trip.”

According to Roche, she also enjoyed walking around an area called Old Lahaina, which is full of shops and restaurants. Overall Roche said Hawaii was incredible, a highlight of her summer for sure.