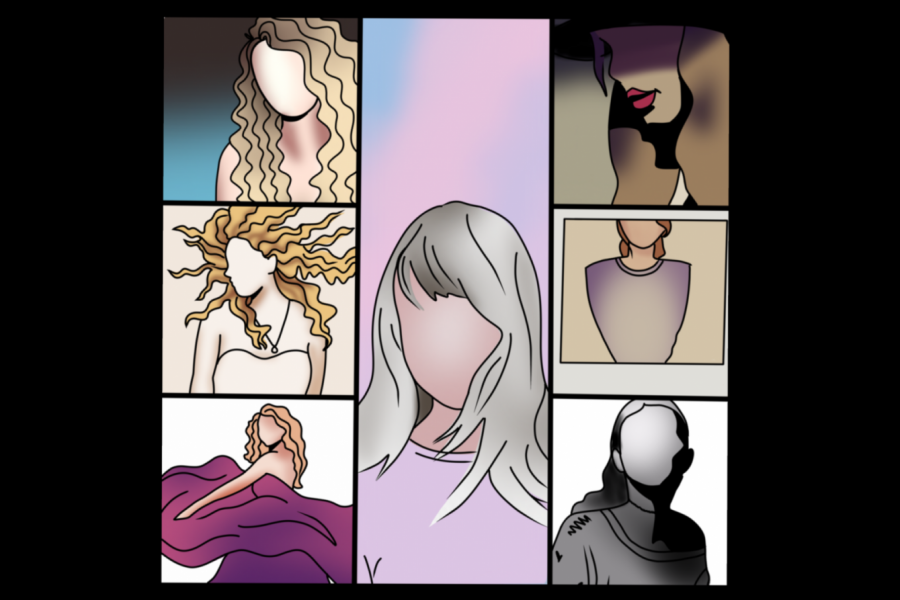 Taylor Swift has released seven studio albums over the course of her career.

About 13 years ago Taylor Swift released her first song. After years and years of writing songs about star-crossed lovers and boys she will “never ever, ever, ever” date again, Swift’s career dazzles on. Swift has recently been recognized as “Artist of the Decade,” released “Lover” her 7th studio album, celebrated her 30th birthday, and just released “Miss Americana” with Netflix, a documentary about Swift. It’s time to celebrate her recent accomplishments and career by looking back at her most underrated songs. So here is a “drop everything now” worthy list of 12 Taylor Swift songs that the radio didn’t play on repeat, but your AirPods soon will.
“Holy Ground”
“Holy Ground” may be the most upbeat breakup song ever. Even though the relationship is over, this song celebrates what the relationship was. With spring break and college road trip season near, it’s the perfect turn-up-all-the-way highway driving song.
Best lyric: “Back when you fit in my poems like a perfect rhyme.”
“Enchanted”
“Enchanted” proves Taylor Swift’s songwriting abilities. It uses perfect word choice to paint this “sparkling” picture of a night that felt like a fairytale. And it shows that Swift can take a personal experience and turn it into a song anyone can relate to.
Best lyric: “The lingering question kept me up/Two a.m., who do you love?”
“Cruel Summer”
Beware: this song contains extremely catchy lyrics. “Cruel Summer” describes a summer fling. The only downside to this song-writing perfection is the key in the chorus is so high, it’s hard to scream every word without bothering others. The energy and catchiness of this song make singing it feel irresistible.
Best lyric: “I love you ain’t that the worst thing you ever heard.”
“White Horse”
Swift’s hit “Love Story” is about finding happy endings, but this grammy-winning masterpiece is about happy endings not ending so “happy.” And “White Horse” is definitely under-rated because it’s just as good as “Love Story,” if not better.
Best lyric: “This is a big world, that was a small town/There in my rear view mirror disappearing now.”
“Fearless”
I’m in love with this song. With its lyrics about dancing “in the middle of the parking lot,” and driving slow until running “out of road,” it’s the perfect, storytelling country song. But Swift’s “country” accent isn’t strong, so it will still please those country-music-is-so-annoying people out there.
Best lyric: “You pull me in and I’m a little more brave/It’s the first kiss, it’s flawless, really something, it’s fearless.”
“Tim McGraw”
Swift said she wrote “Tim McGraw” in her high school math class, and I think that honestly just shows how talented she is. You may have heard this one, but if you haven’t, you need to.
Best lyric: “You said the way my blue eyes shined/Put those Georgia stars to shame that night.”
“Dear John”
John Mayor, who “Dear John” is suspected to be about, won’t like it too much, but anyone else will. Barely under 7 minutes, it’s one of the longest Swift songs ever, and the lyrics are so honest and thoughtfully crafted that it deserves a spot on this list.
Best lyric: “I’m shining like fireworks over your sad, empty town.”
“Hey Stephen”
Yet another time Taylor uses the guy’s name in a song. “Hey Stephen” is a perfectly catchy bop about a crush. It’s cute, fun, and so easy to dance to. Get ready to be singing to your mirror with this one.
Best lyric: “Of all the girls tossing rocks at your window/I’ll be the one waiting there even when it’s cold.”
“New Years Day”
“New Years Day” is the slowest but best song on her 6th album “Reputation.” Unlike other tracks on the album it’s slow, bittersweet, and a piano is the only instrument you’ll hear. But it feels so comfortable.
Best lyric: “Hold on to the memories, they will hold onto you.”
“State of Grace”
If I were a singer, this would be the song I would want to open up my concert with. It has a new and fresh feel. “State of Grace” does not only prove Swift’s vocal ability, but with its drums and electric guitar shows Swift can dip into the rock genre.
Best lyric: “We fall in love ’til it hurts or bleeds.”
“All Too Well”
There’s a reason why this song is constantly named by critics and fans as the best Taylor Swift song of all time. Swift herself even posted on Instagram that “All Too Well” amazes her because it’s one of the song fans scream the loudest, and was not even released as a single. “All Too Well” uses imagery and powerful lyrics to walk listeners through a once beautiful relationship.
Best Lyric: “You call me up again just to break me like a promise.”
“Clean”
“Clean” is unique. With its calmer sound, it is different than all the other songs from 1989. It uses metaphors and powerful vocals to make a fresh sound that describe finally being able to let go.
Best lyric: “You’re still all over me like a wine-stained dress I can’t wear anymore.”

This list may be over, but there are plenty other underrated T-Swift songs that almost made this list. Check out “Last Kiss,” “Breathe,” and “Treacherous,” and enjoy your newfound inner “Swiftie.” 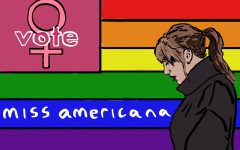 Lover: a conversation with Anaka Bretzke