Is 1D heading back in one direction? 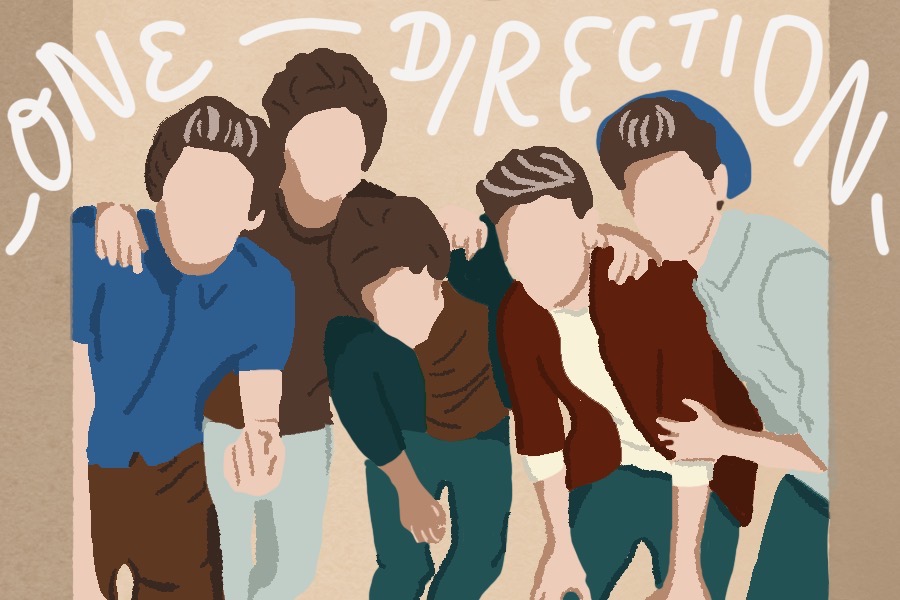 One Direction may be reuniting soon.

Lindsey Tomlin, junior, runs out of her bedroom to find her mom. “You’re not gonna believe what is going on,” she said. Tomlin has a smile and tears in her eyes. She has been a self-proclaimed One Direction superfan since fourth grade. One day while scrolling through Instagram, she noticed a video from a One Direction fan account. When she realized it was former band member Liam Payne hinting at a reunion, she was in shock.

“[I never expected them to have a reunion], especially since they’ve been doing so well with their solo [careers],” Tomlin said. “I always wanted it to happen, but I was not confident that it would.”

Months after member Zayn Malik quit, One Direction broke up in 2015. Since then, each of its original five members have made music on their own. Tomlin thinks this will affect the new music they might produce as a band.

“They will be more carefree,” Tomlin said. “They will be more comfortable with themselves. Now that they’ve all had the opportunity to experience some [music] on their own and just take a step back from the band, their confidence in what they do has been able to grow.”

Fans noticed signs of a reunion after Payne, Harry Styles, Louis Tomlinson, Niall Horan and the official One Direction account re-followed Malik on Twitter. If the reunion happens, it will be in honor of the band’s 10-year anniversary. Ruby Keller, 2019 KHS graduate who has called herself a superfan since she was 13, said she expects differences in their possible new music.

On April 19, Payne said in an Instagram Live that although he can’t give much information about the reunion, he and the other One Direction members are trying to arrange a FaceTime. Emmy Dunn, sophomore, said she still listens to them often and thinks if One Direction was to reunite, their connection would be the same.

“You look at groups like them, and they get back together and it’s almost like they were never apart,” Dunn said. “Because they spent so much time together that they almost became a family.”

Although Payne seemingly confirmed the reunion, on April 29 Horan contradicted him by saying One Direction isn’t planning a reunion. Then, Payne stated again that he is “very hopeful” there will be a reunion, but that it won’t happen anytime soon. Even if the band doesn’t reunite, they still have five studio albums from their time together. Tomlin said their music’s message is “we’re there for you,” which Keller said she appreciates.

“Their music is something I’ve enjoyed and listened to during hard times,” Keller said. “It’s something that’s always been there which is nice to rely on.”

When the possible reunion could happen and what it could consist of are unknown. Malik will likely not be part of the reunion after Payne jokingly asked Alesso, a recent music collaborator, to replace Malik. Megan Huey, sophomore and former One Direction superfan, thinks if the reunion happens soon it will bring joy during the coronavirus pandemic.

“[I think the reunion will turn 2020 around] for all the big fans,” Huey said. “Nothing can really fix [the situation] right now, but I think it will help.”