The fall of Netflix 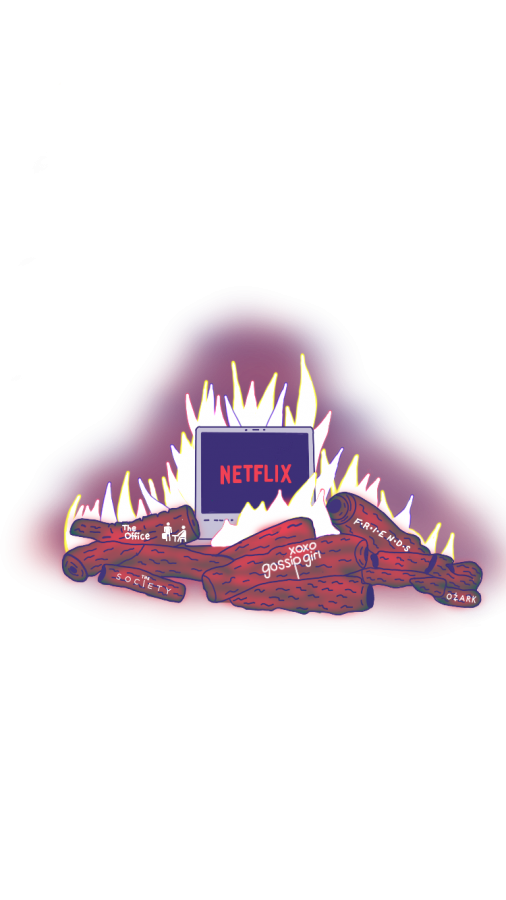 Netflix, the once-beloved service, may not be number one for much longer.

With around 195 million paid subscribers worldwide according to Statista, Netflix is the world’s most popular media streaming platform. But with competing streaming services emerging and the cancellation of Netflix Originals, the once-beloved service may not be number one for much longer.

Many viewers have been outraged by the cancellation of their favorite Netflix Original series, contributing to frustration among subscribers. Some of the most popular canceled Netflix Originals are “Anne with an E,” “Dead to Me,” “Santa Clarita Diet,” “Atypical,”  “Chilling Adventures of Sabrina,” “Ozark” and “I Am Not Okay With This.” These shows have diverse audiences, meaning that these cancellations likely affect a variety of subscribers. Another discontinued show is “The Society,” which was released on Netflix in 2019. Since the show was set to have a season two, fans were shocked when Netflix announced the decision to cancel it due to COVID-19 concerns. The fans took to Twitter to protest, creating the worldwide-trending hashtag, #savethesociety. Still, Netflix hasn’t made any plans to renew the show, much to the dismay of many viewers. If Netflix continues to cancel beloved shows, many viewers could abandon the platform.

Launched on May 27, 2020, HBO Max has been one of Netflix’s most intimidating rivals. In less than a year, the service has gained 12.6 million subscribers, taking some fan-favorite Netflix content along with it. Popular shows such as “Gossip Girl,” “Friends” and “Pretty Little Liars” were all once watchable on Netflix, but now call HBO Max home.

Though Hulu and Amazon Prime Video are also major Netflix competitors, neither of them compare to Disney+. In just over a year since the release of this streaming service, Disney+ has reached 86.8 million subscribers; much quicker than even Disney expected. Exclusively carrying Pixar and Disney movies as well as franchises like “Star Wars,” “Marvel Cinematic Universe,” “Pirates of the Caribbean,” “X-Men” and more, Disney+ is undoubtedly packed with crowd-pleasers. “The Mandalorian,” “WandaVision” and “High School Musical: The Musical: The Series” are among the many Disney+ originals that you can find on the platform as well. On top of that, it’s forecasted that the streaming service will have a staggering 230 to 260 million subscribers by the year 2024. As well as owning Disney+, the Walt Disney Company owns part of Hulu and all of ESPN+. These Disney platforms are expected to reach 300-350 million subscribers in 2024, while Netflix is projected to reach 280 million subscribers.

Especially during the COVID-19 pandemic, Netflix fails to adopt tactics used by HBO Max and Disney+ to lure in subscribers. Since theaters are either restricted or shut down due to the virus, watching anticipated new movies can be difficult. HBO Max and Disney+ recognized this issue, and now offer exclusive screening to newly released movies such as “Wonder Woman 1984” on HBO Max and “Mulan,” “Soul” and “Hamilton” on Disney+. Eagerness to watch box office movies in the comfort of the viewers’ own homes is what leads many to buy subscriptions to these streaming services.

Since its 2007 release, Netflix had been the sole streaming service for years. But with unhappy viewers who had their favorite Netflix Original canceled and a number of competitors, who knows what the future may hold for the platform. In the race to become top dog in the world of media streaming, a number of contestants could soon snatch the gold medal from Netflix’s hands. The entertainment industry is fast-paced, and Netflix looks like it needs to run faster to catch up.