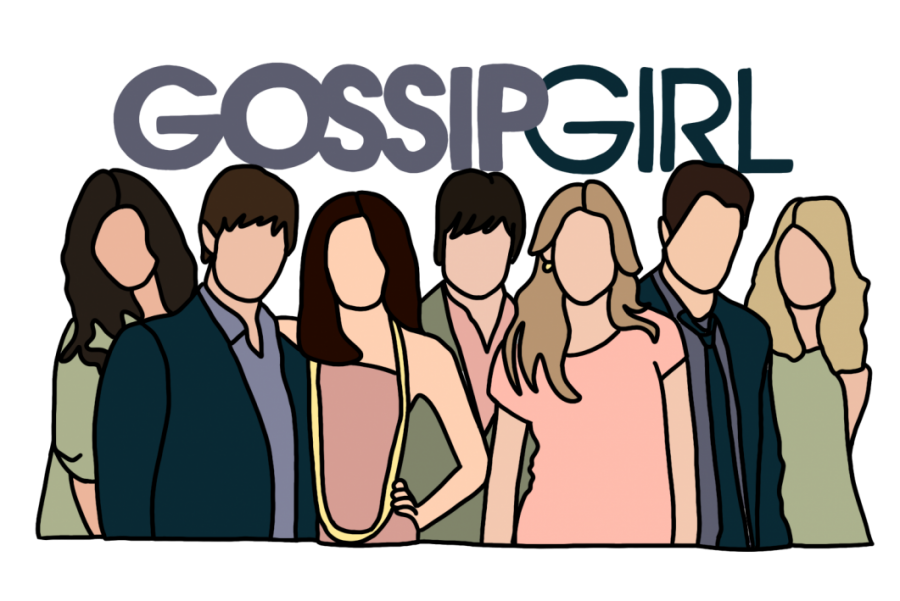 This guide will help you find your next TV obsession.

When the COVID-19 pandemic hit, many people turned to TV shows as a way to pass the time in quarantine. According to Statista, Netflix gained 35 million new subscribers in 2020 alone, which contributed to the popularity of several shows found on the platform. After finishing a series you can’t get enough of, it can be hard finding a show to fill your time. This guide will help you find your next TV obsession.

Sweeping the nation with its wittiness, “Schitt’s Creek” gained popularity for providing comic relief throughout the pandemic. At the 2020 Emmys, the show became the first comedy series to win all four acting awards. The series, which can be streamed on Netflix, follows a once affluent family now living in a small town motel.

If you love the dysfunctional family dynamic of “Schitt’s Creek,” another comedy favorite on Netflix is “Arrested Development.” The series showcases the Bluth family, who find themselves indigent after their real estate business fails. Another comedy is “Parks and Recreation,” a political satire sitcom which details the lives of the city officials of Pawnee, Indiana. All seven seasons are currently streaming on Peacock Premium.

The ’80s nostalgia and exciting plot of the Netflix original “Stranger Things” shaped the show into a big hit. The series takes place in the small fictional town of Hawkins, Indiana, home to Hawkins National Laboratory. Along with researching for the U.S. Department of Energy, the laboratory also experiments with the paranormal and supernatural, which begins to affect the citizens of Hawkins in horrific ways.

The science fiction aspect of “Stranger Things” can also be found in the Netflix series “The Umbrella Academy.” The show follows a family with superpowers coming together to solve the mystery of their father’s death, while also attempting to stop an approaching apocalypse. Another show on Netflix involving a tight-knit community experiencing shocking events is “Riverdale.” The show stems from the popular comic book series “Archie Comic” and follows a group of teens exploring the mysteries lying in their town.

For viewers looking for a teen drama, try “Gossip Girl.” The show details the dramatic and romantic lives of upper-class teenagers living in Manhattan. The series is based on several books by Cecily von Ziegesar and ran for six seasons on The CW. The show is streaming on HBO Max, and a reboot of the series will be released on the platform later in 2021.

Also based on a book series, “Pretty Little Liars” follows four high school girls after one of their friends goes missing. The show has seven thrilling, dramatic seasons, and viewers can watch on HBO Max. “The Vampire Diaries,” also a book series turned TV show, is similar to the romance portrayed in “Gossip Girl.” The show revolves around the relationship between a teenager and a vampire in a town known for its supernatural history, and is streamable on Netflix.

When “Outer Banks” was released on Netflix in April 2020, the world fell in love with its attractive characters and exhilarating storyline. The series displays a group of teenagers living in North Carolina searching for the truth about the disappearance of the pack leader’s father.

Having a character disappear is also a common theme in another Netflix original, “The Society.” In this show, several high schoolers must come together after everyone in their town mysteriously disappears except them. The teenage dynamic prominent in “Outer Banks” is also found in the British drama, “The A List,” which can be watched on Netflix. The series takes place on an island at a summer camp, where the campers discover some unsettling secrets about the island. After being praised for having diverse characters, each viewer is sure to find someone to relate to

“Gilmore Girls” documents the witty and heartwarming relationship between a closely bonded mother-daughter duo. After the series was added to Netflix in 2014, Netflix produced a miniseries updating viewers on where the women are in their lives, nine years after the original series ended.

The strong bond between mother and daughter is also visible between the Villanueva family in “Jane the Virgin.” This show follows the unpredictable life of a woman named Jane, who can always rely on her family for support. The series has five seasons, which are all available to stream on Netflix. The comical side of “Gilmore Girls” is also apparent in “New Girl” on Netflix. This series details the lives of four young adults sharing an apartment in Los Angeles.

The next time you have some free time, give one of these shows a chance. From comedy to drama, there is sure to be a show for everyone to enjoy.