There are many different aspects to everyone's life. For Aly Terry, junior, there is not just one thing that defines who she is. Her poetry helped her find a passion and use her lowest points to create art. Theater allowed for Terry to express herself and find something she can turn into a career. And her struggles with discrimination helped Terry become the activist she is today. These parts of her life often go unnoticed so TKC decided to delve into these moments which make Aly Terry who she is today. 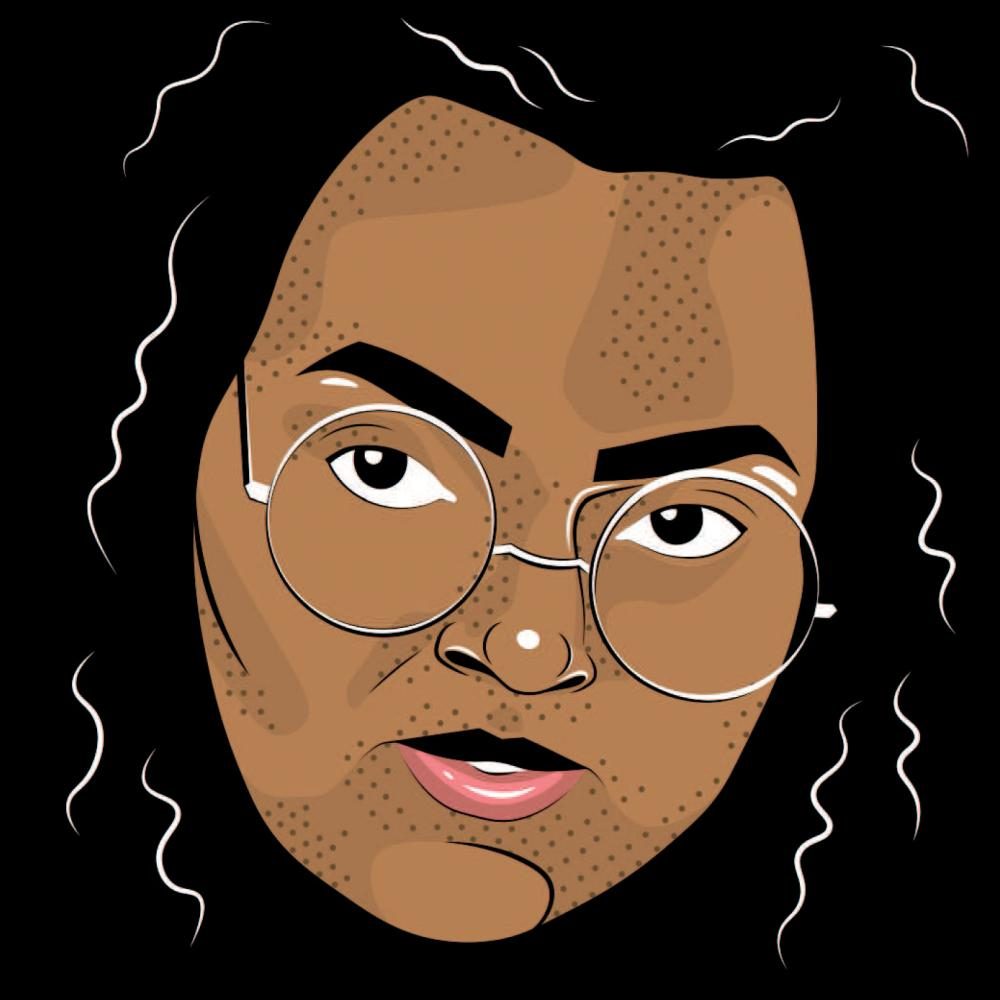 She stands in front of a sea of vulnerable ears waiting to hear her truth. Drifting into her words, she closes her eyes. When she is on stage, no one can touch her. She is invincible. But it has not always been this way. Before she did poetry, Aly Terry was lost.

She was lost when she moved from state to state accommodating her dad’s job.

She was lost when, after finally making new friends, she had to leave and start all over.

She was lost when she had to deal with her biological father’s abandonment.

She was lost when she didn’t fit in at her new school in “white suburbia.”

She was lost when her grandma, her biggest supporter, passed away.

She was lost when she was pushed to the point of suicide.

However, for once in her life, something found her.

K-Word slam poetry club, is home to all walks of life. And the ‘poetry people’ as Terry calls them, were on a different level of acceptance.

The people who helped her find a home at her new school would become some of her closest friends and help her develop what was once was a hobby into a passion.

Now, a two-time veteran of the Brave New Voices International Youth Poetry Festival, Terry said she still gets nervous every time she performs. But the relief after she shares her darkest moments is what makes competing so worthwhile, according to her. She says after it’s over, she feels as if she has been through months of therapy. She is finally at peace.

Terry opens her eyes and looks in front of her to see a crowd of thunderous applause. People just like her praising her bravery to go up on stage and tell a story. And for that moment of bliss, Terry said she knows she is no longer lost.

Aly Terry learned about racism and discrimination by simply throwing a pencil.

She was living in the Ozarks. In a small, predominantly white town. While Terry is mixed, she grew up with white parents and did not encounter a lot of racial intolerance. But one day, after a small incident, her perspective changed forever.

A boy in her class had been bullying her all year and Terry was ready for it to stop.

So she threw a pencil.

He threw dominoes back.

The pencil missed him.

He got a stern talking to.

And while she knows throwing the pencil was not the appropriate action to take, she says what followed was completely unfair.

“Racism will always exist,” Terry said. “It gets passed on from generation to generation.”

And after so many years, this incident still affects her.

Now a junior at KHS, Terry is vocal about her beliefs and is not afraid to share her opinion. She uses her struggles in her poetry and acting. She does not tolerate any form of racial discrimination. She will fight back.

Aly Terry is always going to throw pencils, but now she knows to expect dominoes being thrown back.

Outside, it is cold and snowy. The street lights begin to light up as the once vacant Essex parking lot begins to fill again.

Inside, Aly Terry and the rest of the cast of The Exonerated prepare to give it their all on stage. Terry is playing Georgia, a character whom she learned to connect with. A show, which themes of police brutality and wrongfully convicted civilians fit those of her life and today’s society. She is getting ready to do what she loves.

However, she said she has not always loved acting. She used to despise it. But the production of Little Shop of Horrors at Fox Middle School helped Terry find a passion that has filled the last three years of her life.

And now she wants to turn that passion into a career.

Her parents have always pushed her to do something practical, but her grandma wanted her to do what she loves.

Terry aspires to go to NYU and be the first in her family to go to college. She wants to at least minor in theater and learn everything she can about it.

She said that she owes it to her grandma who passed away last year.

And even though her biggest supporter cannot be there in person, Terry knows she is watching from heaven. And that’s why before every performance she makes a gesture to the sky in honor of her grandma.

And on the cold January night, Terry got ready the same way she always does and always will. She kisses her hand and points to the sky.