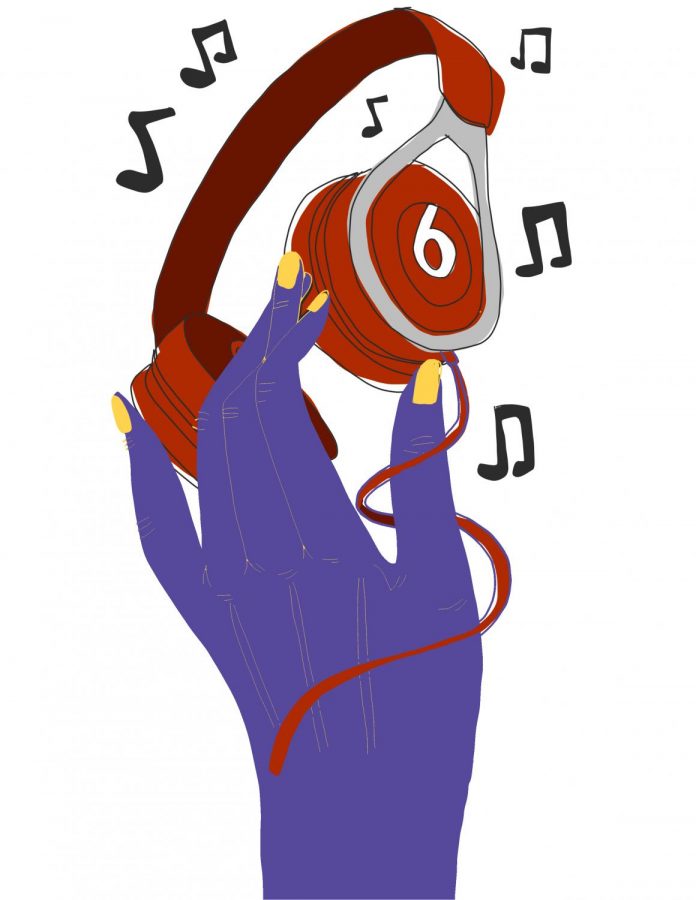 It’s the same routine each day: wake up, go to school, come home, get ready for work, go to work, repeat. On occasion he’ll get a few hours of sleep─five if he’s lucky. At 16, he carries the burden of paying the monthly rent and WiFi fees, staying on top of schoolwork and working 40 hours per week, as much as a full-time job.

His home is a two-bedroom apartment that houses five people─his mom, when she’s around, his brother, 17, his sister, 19, his best friend and him. They accommodated for his sister by making the living room her bedroom to make it work. That’s really all life is for him, just making it work.

It’s often unclear when he’ll see his parents next. Because of their opposite work schedules, he’ll go three days to a week without seeing his mom, despite them living together. It’s sometimes up to three months before he sees his dad, who has distanced himself from the rest of his family.

Unsure of when he will have to move next, he said he lives a life of instability. His everyday routine is the only unfleeting aspect of his life. But that cycle gets boring for a teenager, especially one who spends most of his free time doing laundry or helping with other tasks around the apartment.

In the past year, he has moved a total of six times and attended four different high schools. Being unfamiliar with his community has become the norm for him. He said his only real friend is his best friend, who lives with him and chips in on his family’s rent. But even with the extra help, he missed November’s rent by 21 days–another worry at the top of his list.

He knows he doesn’t have it easy. With close to $100 to spend on things other than rent each month, one of his only beloved possessions are his headphones.

“Music’s really the only reason I’m alive,” he said.

He started playing the electric guitar after receiving one for Christmas seven years ago, and he acquired a knack for it right away. He played violin for four years and sang in the choir at KHS before he was told he would no longer be able to participate while in the VISTA program. But he knows he wouldn’t be able to work as much if he sang in the KHS choir, so he sticks to his routine.

At the top of his list of worries is his brother, who suffers from chronic depression and anxiety. His mom is often at her boyfriend’s house, so he is left to take care of him, sometimes skipping work just to stay by his brother’s side when it gets bad. His brother is transgender, and he struggles to afford the necessary items to support his transition. This issue with self-identity only decreases his brother’s courage to leave the house, according to him.

He said his brother can no longer work due to his severe anxiety, and that he feels him fading. On top of that, another mouth to feed in the house is difficult, even with the food stamps his family receives.

In elementary school, though he didn’t yet have the burden of paying the bills, his family was evicted from their house. Shortly after, his parents got divorced. They were constantly fighting about money.

During middle school, he would wake up at 5 a.m. every day, walk to St. Louis Lambert International Airport, take the Metro to downtown St. Louis and walk to the bus stop, which would take him to his school for music. His daily commute was close to an hour and a half.

“[Music school] was the only thing that was making me happy back then,” he said.

For an entire year, he lived in a hallway in his stepdad’s house. There wasn’t enough room for him and his three stepsisters, so he isolated himself in the hallway, with nothing but a twin bed, a carpet and a 19-inch TV to keep him company.

Though he moved to Kirkwood last spring, he mentioned that his mom isn’t planning on renewing the lease, and that he probably won’t be here by this May. But he’s too focused on how he will get through his routine today to be able to think about the year ahead of him. For now, he velcros on his hat, throws on his uniform and heads to work.