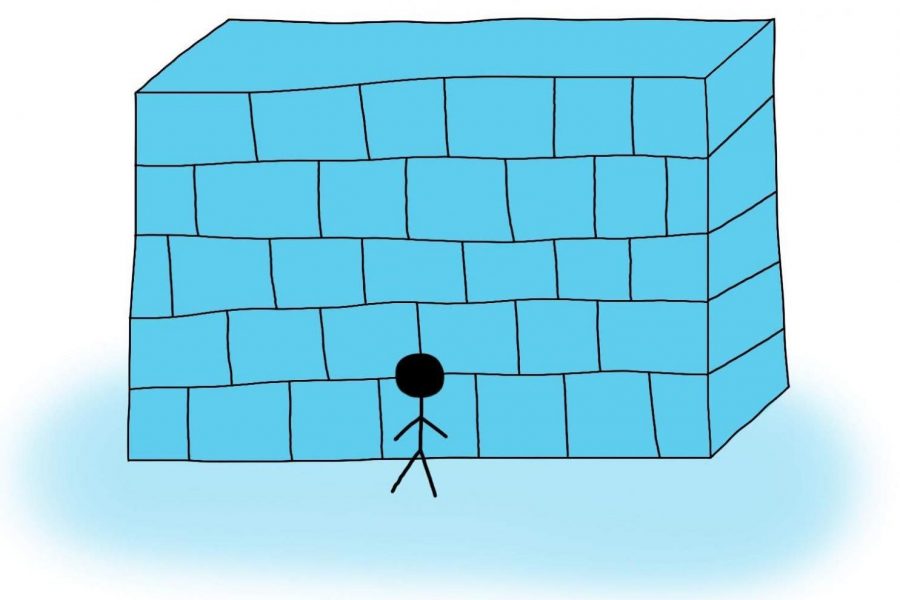 All Among Us is a St. Louis based non-profit organization focused on helping people in poverty. The following is an interview with Cathryn Shaw, executive director.

TKC: How would you describe your mission? CS: “Our mission is to provide opportunities to people living in poverty that enable them to work toward being self-sufficient, and part of that is tearing down barriers.

“Say a young woman has a job, and she goes to start her car in the morning and the battery’s dead. If you’re living in poverty, everyone around you is in poverty, so there’s nobody you can call to jump [the car, and] you don’t have $80 for a new battery. That woman knows if she doesn’t get to work that day, she’s going to lose her job and she doesn’t have a plan B. Now you don’t have a car, now you don’t have a job, now you can’t go look for a job. [There’s] just this whole [cycle] of events and consequences that happen.

“What we want to do is go in and say, ‘Tell us what your barriers are, let us work with you to tear down those barriers. And then let’s talk about what opportunities you want.’

TKC: What’s one of your favorite stories of someone you’ve helped? CS: “I think my favorite story is Darnisha. She’s one of 10 children, and when I met her 10 years ago, they were living in a two-family flat. When I first went in, one room was just dirty laundry because they didn’t have a washer and dryer, and there’s no way they could afford a laundromat. There were numerous kids sleeping on one or two twin beds that had black mold on them. They didn’t have sheets or blankets or pillows. It was just something that I had never seen before. It took a long time for the mom to even let me come into her house because she was embarrassed by it.

“They moved probably four times a year. Every year or two they’d end up in a different school district. They probably lived three months a year in a hotel because they’d be evicted for not paying rent, or they wouldn’t have paid electric [bills] so they wouldn’t have electricity. One house flooded, [and] the fireman had to come get them in a boat to get them out. One house caught on fire due to a space heater.

“[My family] brought Darnisha to live at our house; she lived with us through her junior and senior year of high school. She was the second person in her extended family to graduate high school. Within a couple months, she got a job at Dierbergs in the warehouse. She kept a job there almost two years. She was able to buy a car [and] car insurance. [She’s] breaking that cycle of poverty in her family. To watch her now being the one in that family who’s in many ways providing for [them] is really special.

You don’t change a cycle of poverty in one generation. They just keep taking those steps, [and] hopefully in three to four generations they’re going to be out of that. Instead of going deeper into [poverty], they are now climbing that ladder out. -Cathryn Shaw ”

“You don’t change a cycle of poverty in one generation. They just keep taking those steps, [and] hopefully in three to four generations they’re going to be out of that. Instead of going deeper into [poverty], they are now climbing that ladder out.”

TKC: You were recently given a 16-passenger van; what impact will that have on All Among Us? “When someone is living in poverty, they will only [travel within] half a mile of where they live. They don’t have vehicles, and bus transportation is $3.50. Especially if you’re going with kids, there’s no way. They don’t have a dollar, so they’re not going to have $12 to take three kids on a bus. So they [go] where they can walk. There’s so much in St. Louis, culturally, that’s free. To be able to take the [people we work with] to concerts, plays and the zoo allows us to grow their worlds.

TKC: What’s your connection to KHS? CS: “I had a conversation with a student at [KHS] who was poorer than some of the other kids at school. I asked her, ‘What’s the toughest thing for you, not being from Kirkwood?’ She said [it was] the day after Christmas break because so many other students had gotten a new computer, a cell phone, a vehicle [or] expensive shoes. She said, ‘We don’t celebrate Christmas. We can’t afford to celebrate Christmas.’ [All Among Us] gets so many gifts. I’ve gotten probably about two thousand dollars in what we call gifts in kind. There are things in there that the street’s not the place for. Somebody would be robbed if they had those tennis shoes on. When we get things [like] North Face, Nike tennis shoes or jeans that were really popular, we send all those to Kirkwood.

“Half the proceeds from The Color Run [two] years ago came to All Among Us right when we had become a non profit. It was a lot of money for us at that time.

“The other thing we’ve done with Kirkwood is [donate] at Christmas time, when there are families that can be served. A lot of time it’s not just students, there [could be] a mom with kids that don’t have blankets. We can [help with] that easily. 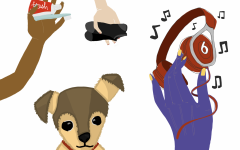 “I think the kids at Kirkwood know [poverty] is going on, but the poverty you guys have among yous pretty intense. Be really aware of that, and know that sometimes when a kid comes in and maybe is not being friendly that day, that kid could’ve been really cold last night [or] didn’t have breakfast that morning. I remember Darnisha’s story about how she could’ve had free breakfast at school, [but] number one, it’s horrible, number two, it’s embarrassing. They tend to not [buy breakfast] because they don’t want to be that kid. A lot of times people are just going through things that we have no idea [about], because on the outside they look wonderful.”