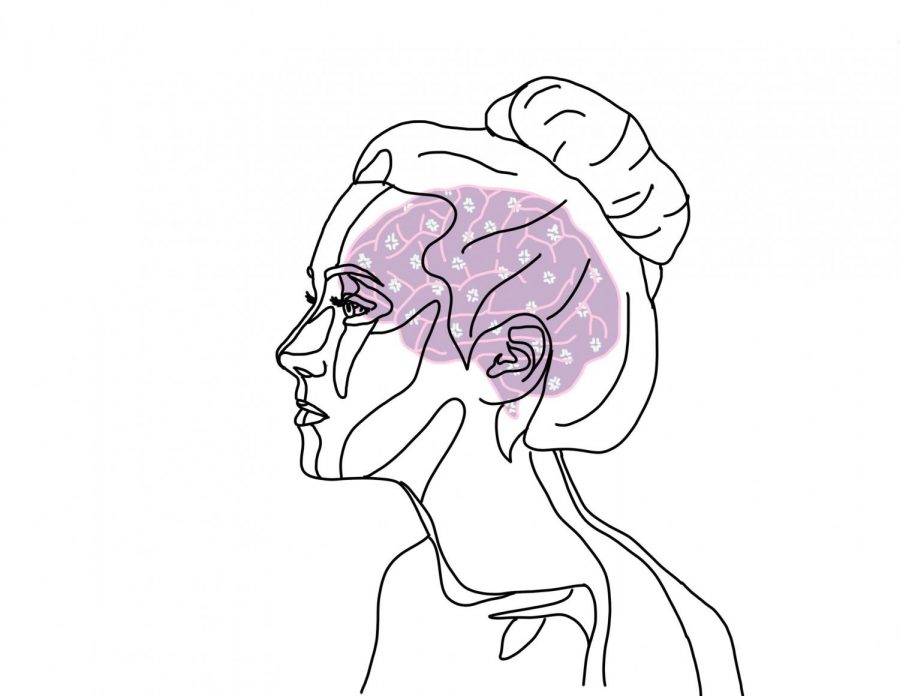 Concussions were an issue that affected 15% of high school students in 2017.

Kade Kenter, sophomore, is hanging out with friends when he goes from happy to depressed with no warning. His friends are unfazed. This has happened before.

Madeline Brackney, junior, sits in class as the fluorescent lights flash in her eyes, causing her head to throb.

Gracie Simonsen, sophomore, blinks in attempt to recover from the impact of her head slamming on the ground during a seizure.

These students’ experiences are all related to concussions or brain trauma. For Kenter, repeated brain trauma from hitting his head when he was younger led to a major collision that created two cysts in his brain. Kenter said these cysts have affected him emotionally. He could be happy for hours before his emotions instantly change due to the damage caused by the cysts.

“The cysts affect my processing and learning,” Kenter said. “Usually it is a struggle to keep up in my classes. I’m trying to get into computer science, but keeping up with my processing capabilities [will be a challenge.]”

According to the Centers for Disease Control and Prevention (CDC),  concussions are an issue that 15% of high school students experienced in 2017.  Kenter is not the only person who has had difficulty in learning post brain trauma. Brackney has had trouble in school following a concussion from cheerleading. Due to the long-term effects of concussions, she said she will be switching her position in cheer.

“We were just doing a run through before the pep rally,” Brackney said. “I accidentally fell and hit my shoulder, had whiplash and hit my head on the floor. At first I didn’t think I had a concussion.”

For some students it is not that they don’t take the issue seriously. According to Simonsen, sometimes the competition within highschool sports makes it hard to take adequate time off.  She said she might not come forward and tell her volleyball coach if she was experiencing symptoms so she could continue playing.

“My mom always [said] shake it off, move on, next point,” Simonsen said. “That is the hard part of competitive sports is that there is not always assurance [of your spot.] The pressure does not help our ability to see this as a serious problem.”

Dr. John Gaal started the 21-14 Concussion Awareness Foundation, which he created to educate students and adults following the death of his son. Gaal’s son, John Gaal Jr.,  took his life due to mental health issues from Chronic Traumatic Encephalopathy (CTE), which is a neurodegenerative disease caused by repetitive mild traumatic brain trauma. Gaal said he wants to see reforms in sports safety and make people aware of CTE.

“It doesn’t need to be a concussive level hit to ultimately cause CTE in the long run,” Gaal said. “[My wife and I] knew that a series of concussions from playing varsity soccer and football played a part.”

Gaal reminisced about his son’s high school highlights: how in college his son struggled with insomnia, couldn’t eat, would have to blend his food,  yet during the night would make PB&Js to give to the homeless on his way to work. When Gaal started talking about late July 2016, when John Jr. moved back home, his voice cracked.  He told the story of how his son would get so angry he punched holes in walls and doors.

“As time went on he would go off into these rants of tangential topics,” Gaal said. “Twenty minutes later he’d be fine, like nothing happened. No one thinks it’s important until it happens to their family.”