One meal at a time 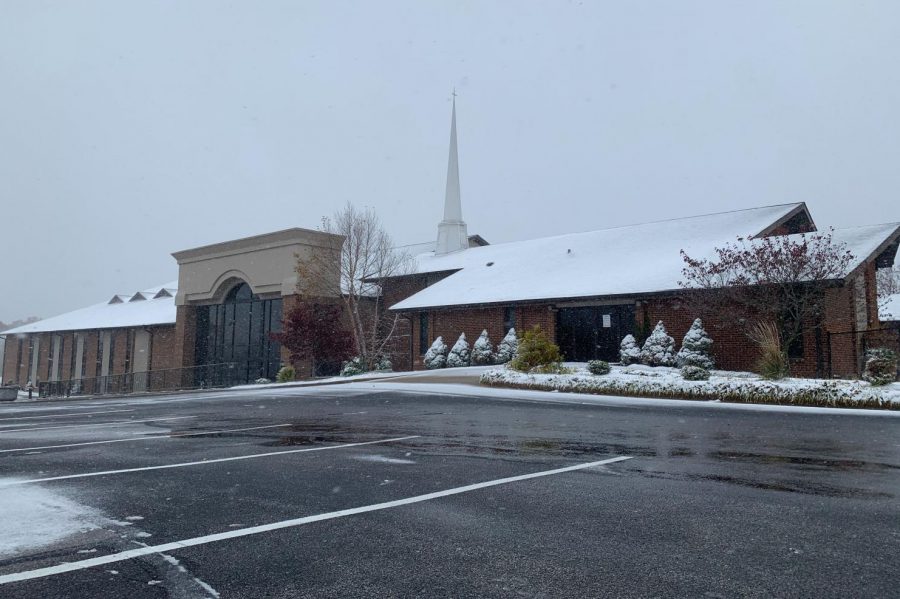 Members of Gateway Christian Church prepared to send food to Haiti and other countries, to feed children in need

Tables are stacked with rice, soy, and vegetables, while bags lie everywhere and big tubs of packed food line the walls. Cheerful voices echo around the room as people sort and package the different foods. These are the members of Gateway Christian Church preparing to send food to Haiti and other countries, to feed children in need.

“We had a missionary [named Laura Dalla] a decade or two ago. She went to Haiti to help on a mission trip and she ended up meeting her husband, [named Ybeno Dalla] while she was there,” Jeannie Smith, junior and member of Gateway Christian Church, said. “He was a pastor starting a church in Haiti and Laura stayed and helped him build the ministry. They built a family while they were there.”

“When they came home we did this thing [worked with] with Feed My Starving Children which packs meals for children who can’t get easy access to food.” Smith said.

Packing meals for Feed My Starving Children has become an annual event for members of Gateway Christian Church. They pack the bags with an assortment of healthy foods for the children, to make sure that these struggling kids get a good assortment of nutrients.

“[Feed My Starving Children] set up these big tables and [have] packaging relays,” Smith said.

According to Feed My Starving Children, this is a landmark year, celebrating more than two billion meals sent to kids in need in their organization’s history. Gateway Christian Church helped them reach that number by packing meals.

“We packaged 956,664 meals during our four-day pack which is to provide one meal every day for 2620, children.” Bill Bensinger, a member of Gateway Christian Church as well as Kirkwood’s engineering teacher. said. “[Of those meals] 2720, went to Haiti, another 2720 went to Granata, another 2720 went to Honduras, and about 1400 went to Nicaragua.”

A friend of Gateway Christian Church doubled the amount of money the church received to fund this project, effectively tripling the amount that they originally had. Not only did this increase the number of meals that they packed but because of it, the church affected thousands of kids by putting food on their plates.

“We did almost one million meals and we had planned on about half of that,” Bensinger said. “We went from whatever we were planning on packing and we tripled it, so we packed way more meals than we initially planned on”

“We thought it would be a nice way to help the people in the world that we may not be able to get to,” Luke Bensinger, sophomore and member of Gateway Christian Church, said. “I know a lot of it goes to Africa and the Dominican Republic, places like that where is hard to go to, but we can still make an impact here in America.”