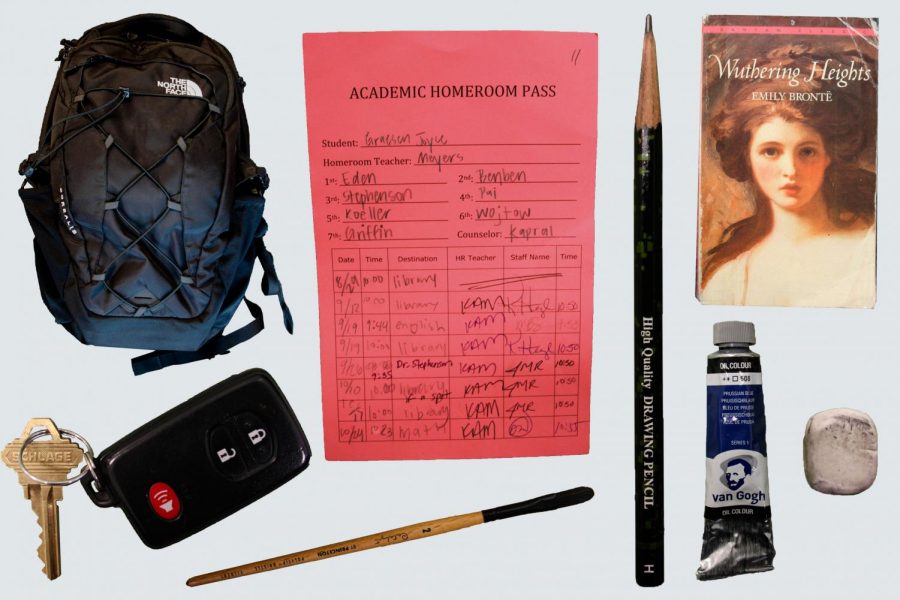 Students bring a variety of items to each class during homeroom.

Walking through the halls during homeroom, there is a sea of red cards in hands, friends talking in circles and students rushing to retake that Chemistry quiz from last week. The narrow entry to the social studies hallway becomes a traffic jam, and the energy of all the students gets trapped as the mad shuffle to the door seems to take forever. Everyone has their own direction in homeroom, one that can either be a break from their day or a time to crack down on all the things on their academic to-do list, with each student’s fifty minute passing period telling a different story. 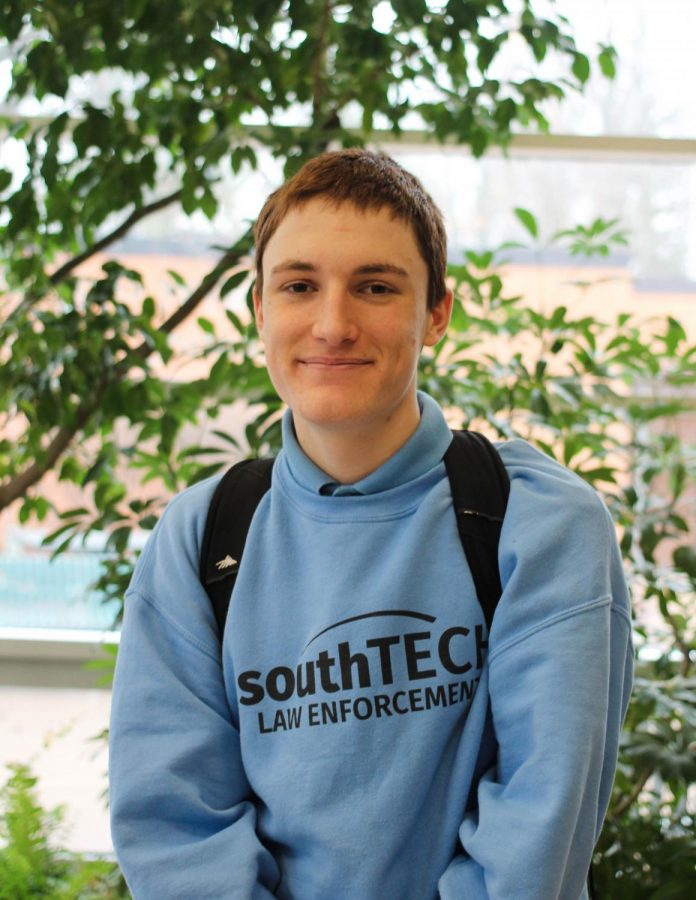 He walks through the commons with his keychain and badge attached to his black work pants,  matching his all black Nike tennis shoes. His light blue sweatshirt reads “South Tech Law Enforcement.” For most students the school day is halfway over, but for Joseph Button, junior, he just got back to the high school.

“We learn a lot of fundamentals that will help us in a career,” Button said. “It’s very productive, but it is a lot of hard work.”

Button uses his half of homeroom to catch up on classwork and sometimes work for South Tech. The idea to go into law enforcement only came to Button this last year. He smiles as he talks about why he joined the program.

“I want to go into law enforcement because it doesn’t sound like the best of jobs,” Button said. “I’m a charismatic person [and] maybe I can change the perception that all people in law enforcement are racists.” 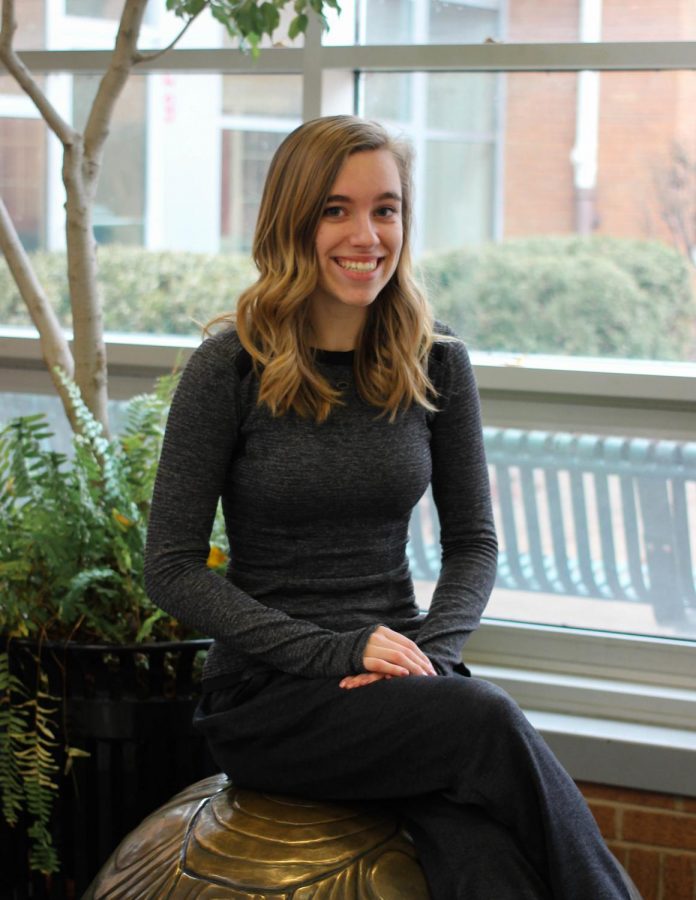 Isabelle Carter, junior, is laughing with friends as she walks around the school during homeroom, with no books or backpack and a signed red card hanging from her hand. According to Carter, this is her time to relax.

“I normally walk around with my friends,” Carter said. “It is a time out of my day where I can hang [out].”

Carter said she and her friends normally visit each other’s homerooms. The principles don’t get mad at her roaming the halls because in her words, she’s a “kiss-up,” and know she is a good student.  She gets her homework done before homeroom so she has free time, which she uses to learn the TikTok renegade dance with a friend. 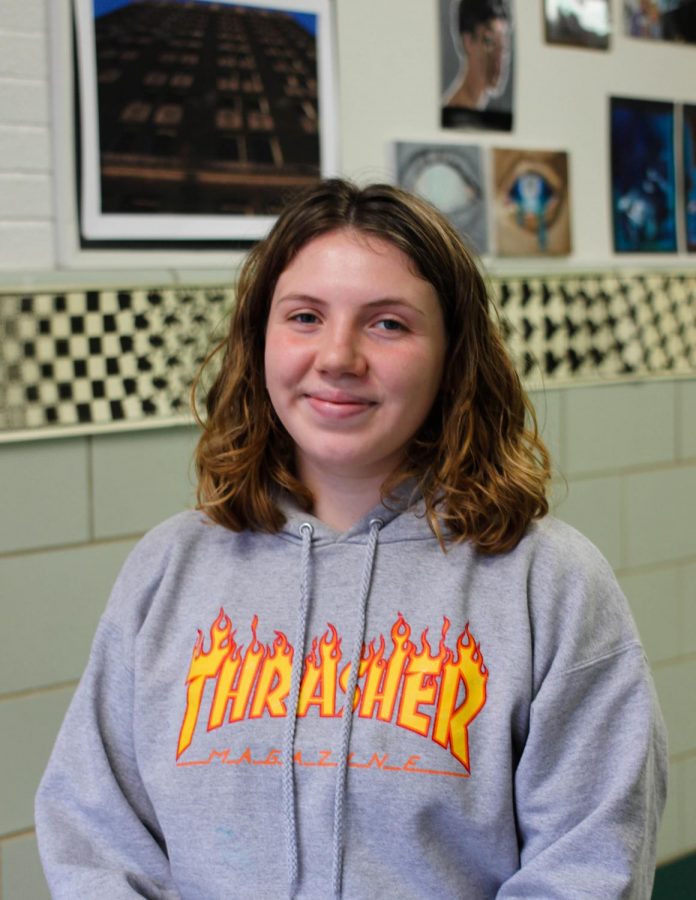 Her empty Talenti gelato cup is filled with mini cucumbers. Her vans shoe keychain is looped around her finger that isn’t holding the cup. She wears a grey Thrasher hoodie and has on black platform boots. According to Meredith Millstone, she goes to the art hall because all her classes are in art, and, like Carter, this is her downtime.

“I just use [art] as an outlet,” Millstone said. ”When stuff comes to my brain, I want to put it down on paper.”

Millstone wants to go to Savannah College of Art and Design, majoring in fashion management. She’s taking AP 2-D Art and is doing a sustained investigation on the emotion behind discrimination in the LQBTQ+ community.

“I am a lesbian and an activist,” Millstone said. “[My project] has given me a different [perspective] because I have to look at the homophobic side.”

According to Millstone, she is trying to capture the emotion behind both sides of the LQBTQ+ issue. Her goal is to convey the emotion to whoever is viewing her art, even if the viewer may be homophobic.

“I definitely have grown a lot [through the art department],” Millstone said, joking about how she used to blend using her finger. “I used to come at [homophobic] people [for their viewpoint], but now I see how maybe they were raised differently, and it has given me a new look on why people are homophobic.” 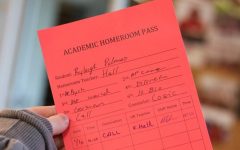 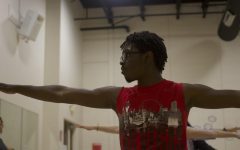 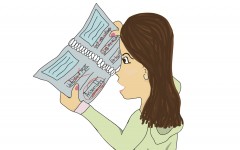