Meet the tallest person in each grade

They’re hard to miss. At an average height of 6-foot-7-inches, KHS students Ryan Buesching, Christopher Plants, Bryce Simpson and Owen Millikan stand tallest among their respective grade-level peers. I decided to interview each individual because their stories transcend their heights — so read them below. 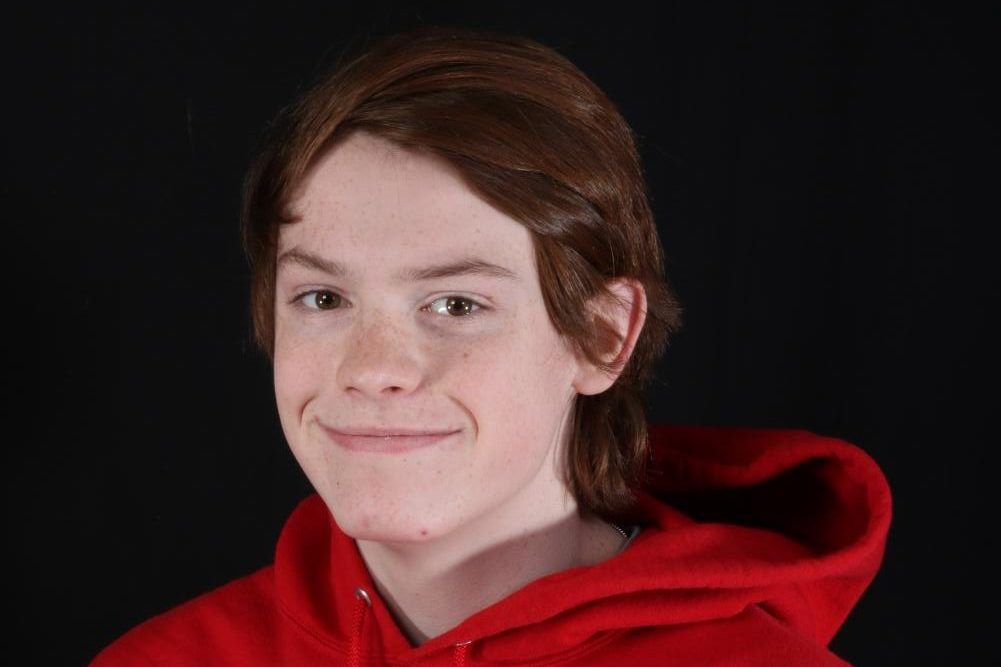 It was a day of firsts for freshman Ryan Buesching: his first time playing in a game where he could check, his first shift and the first — and only — time getting checked onto the ice.

“Everyone expects me to be a big goon, and I understand why they would think that because I’m more physically dominant,” Buesching said. “[But] I was at a club tryout [for the Kirkwood Stars] and just got knocked over and sat down, which is the only time that that’s ever happened.”

Standing just over 6-foot-5 inches, Buesching uses his height to make physical plays happen by skating around and checking opposing players. In order for him to make these plays, though, he has to sacrifice much of his free time after school to practice hockey. 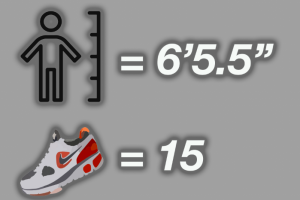 “I try to relax and study before going to [hockey] practice at around 7 p.m., but sometimes it’s a bit [too] much,” Buesching said. “Right now I’m on three teams, and I play three or four games a weekend. It’s fun and not so horrible that I feel a need to quit, but playing hockey, going to practices every day and driving or flying out to tournaments definitely takes up a big amount of my free time.”

In an attempt to balance school and hockey, Buesching said he sometimes struggles to go to bed at a reasonable hour. While he doesn’t find the homework load to be as overwhelming as he expected, utilizing his time after school is an important part in maintaining his daily routine.

“Math and Spanish are harder, but school is manageable,” Buesching said. “I try to focus in my classes so that I don’t fall asleep [in class] and can get good grades. I’m doing fine, but sometimes it’s a little challenging because I’m spending multiple hours outside of school every day trying to get better at hockey.”

As the tallest player on the ice in almost every game he plays, Buesching believes that there is a pressure on him to perform well. This pressure, however, according to Buesching, is something he has gotten used to and believes has affected him less over time.

“It’s just a big weight on my shoulders that I’m supposed to be the big, physical guy going around and checking everyone,” Buesching said. “[But that pressure] is more something that I take in stride because the positives [of being tall] definitely outweigh the negatives.” 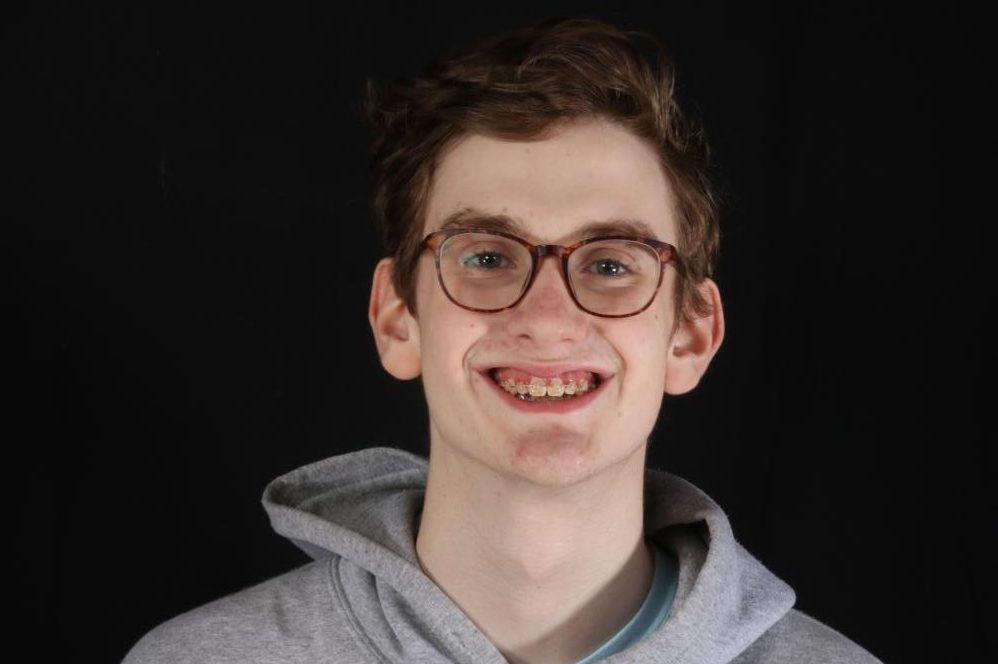 Christopher Plants, sophomore, believes that many doors are open for him to pursue things he’s interested in later on in life, such as nursing, interior design or being an artist. Some doors offer different sized opportunities.

“I play racquetball, and I get a lot of strange looks when I walk onto the court because I have to duck to walk through the doors to get into the gym,” Plants said. “[Having to do it] is weird, and getting strange looks used to bother me, but I’ve gotten over it and have learned to relieve my stresses and burdens while playing.”

This learning began in sixth grade, which is when Plants said he fell in love with racquetball after watching his three older siblings play. He isn’t concerned with the amount of time he spends practicing after school because, in his eyes, it’s more than just a sport — it’s a family.

“We always hang out together,” Plants said. “We get together before and after matches, and we always just have a lot of fun. We’re extremely supportive of one another, and, even if [someone loses], it’s still alright because of our team bond and friendships.”
Although Plants devotes a sizable portion of his free time after school to racquetball practice, he said his interest in home improvement is more important on Sundays. After attending church, Plants said he and his dad spend Sunday afternoons visiting open houses around Kirkwood. 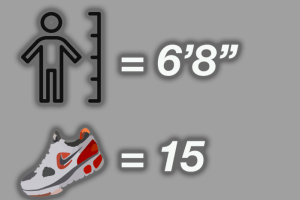 “[My dad and I] normally go to open houses as our after-church activity,” Plants said. “We’ll laugh at the different design features, and sometimes we just enjoy thinking about what we could do differently in the house. We go because we both enjoy looking at the houses, so it’s a way that our relationship [is strengthened] by our connection through a shared interest.”

Whether playing racquetball, going to church or visiting open houses, Plants tries to characterize himself differently than a stranger might because of his height. He tries to live by the simple principle of being happy.

“I think that always being happy — if I’m being honest — helps you feel better,” Plants said. “A lot of people characterize me as the tall kid and don’t actually get to know me, [so being happy] helps me deal with whatever pressure is on me and helps me strive to be greater.” 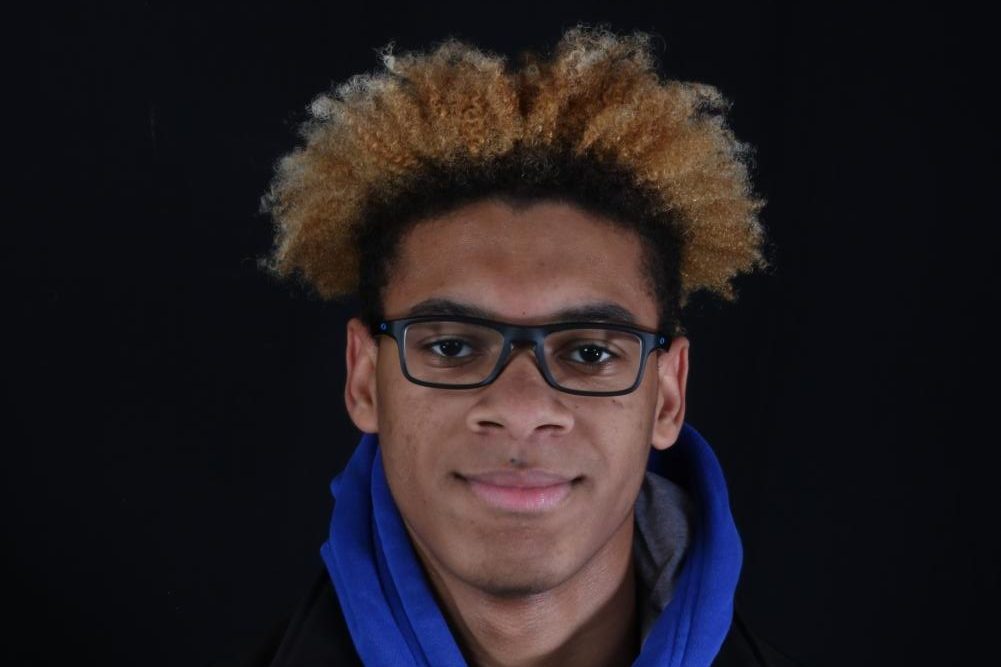 After nearly seven hours of school and a two hour basketball practice immediately afterward, Bryce Simpson, junior, is exhausted. Most nights, he comes home and unwinds by eating a snack, watching TV and walking his dogs. Once he feels recharged, he starts reading books to get better at basketball.

“Right now, I’m reading ‘The Mamba Mentality’ by Kobe Bryant,” Simpson said. “I like to read books by former and current NBA and college [basketball] players and coaches. These books [help teach me] to do my best every possession because I know that, if I don’t, someone else is going to outwork me and take my spot, leaving me back at square one and trying to get into the [playing] rotation.”

Simpson feels he has gradually benefitted from the books he reads. He said that one of the best examples occurs at the end of practice (which can range between 4:30-5:45 p.m.); rather than feeling exhausted, Simpson uses the excitement of events during practice to finish strong. 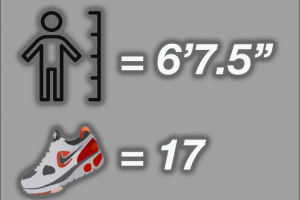 “[Sometimes] we wind up practicing for a little longer [than normal] because of the fun we were having as a team and since we want to win the drills,” Simpson said. “[I use] the energy we’re still feeling from practice [so that at] every possession I don’t take a break.”

Basketball wasn’t always the center of Simpson’s life. He said it all changed during middle school, and that now, after completing his homework, he spends almost all his time watching, reading about or playing the sport.

“I started playing basketball in eighth grade, [whereas] everyone else has been playing with and against each other since their elementary school third or fourth grade Pioneer Elite [teams],” Simpson said. “I always just try to work hard and get better each day so that I can do what my coaches need me to do.” 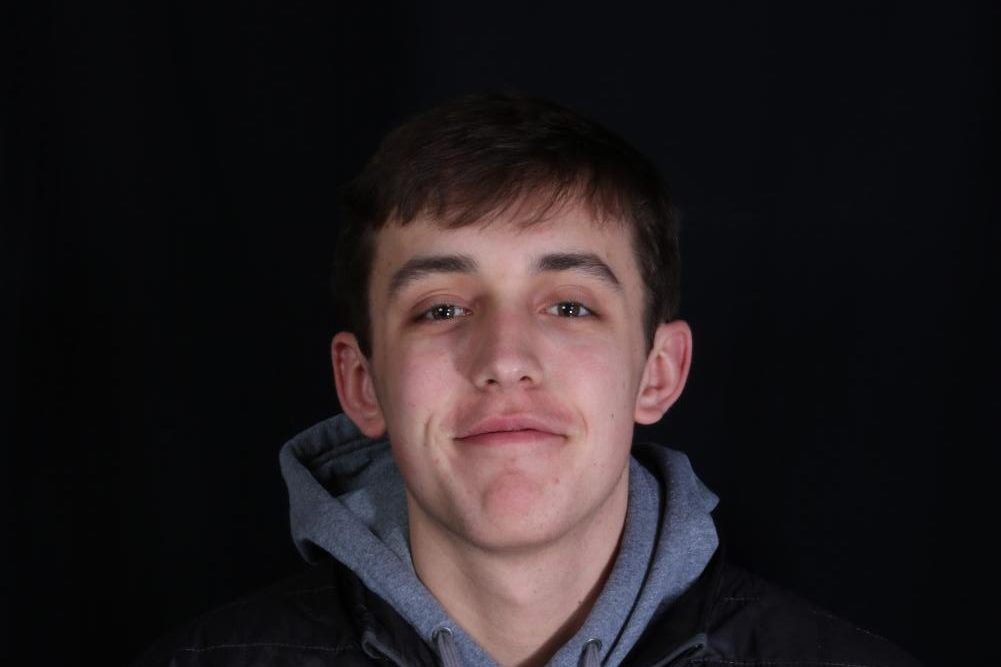 Freshman year changed his athletic plans and schedule in a way that he had never imagined. For Owen Millikan, senior, his forced shift of focus from basketball to volleyball came as a blessing in disguise.

“I got cut [from the basketball team] freshman year, so I just decided to not tryout again any year afterward,” Millikan said. “When I was younger, I was pushed in the direction [of basketball], so it was kind of like the first thing that I knew [because] I’ve just been tall all my life. [When I got cut], playing freshman volleyball opened up [the sport] for me.”

On Mondays, Tuesdays and Wednesdays, Millikan now works out after school in order to perform well during his club volleyball seasons and to prepare for the approaching spring high school season. Although he does not always want to workout, his excitement for the high school season ultimately compels him to fit it into his schedule.

“I’m friends with a lot of the kids I play with at KHS,” Millikan said. “It’s a lot more fun for me because it’s naturally more fun to play with your friends, and it just feels like it’s a faster game.” 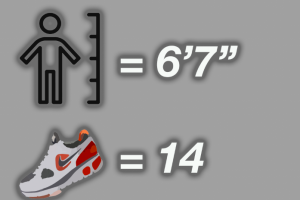 Millikan, however, also emphasizes that his personality transcends volleyball, basketball and his 6-foot-7 inch frame. While he believes his height makes him more identifiable, he thinks that it may also make people forget that he, along with other tall students, are just ordinary teenagers.

“People recognize you, which is a good thing, but it sometimes gets to the point that no one knows anything else about you except that you’re tall,” Millikan said. “I normally go home and relax for a little while before doing homework, just as [other people] do. There should be a general expectation for everyone to find what makes you happy [and do it].” 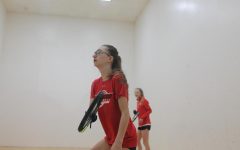 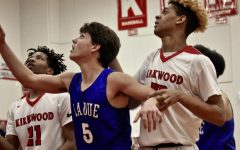 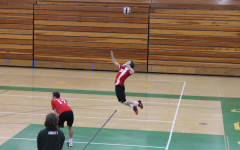