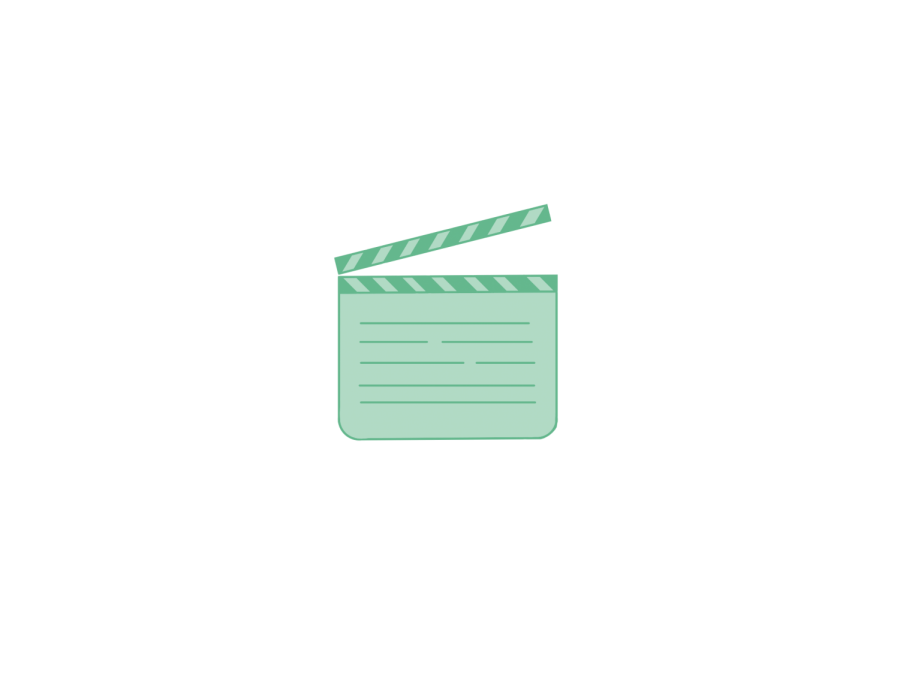 Film Club meets every Thursday after school at 3:00 p.m.

“1, 2, 3 ACTION!” The excited shouts and laughter from the Film Club resonates around the room, bringing the small classroom to life. As the members of the club attempt to get their partners to draw pictures of a penguin as a team bonding exercise. The co-leaders of this rambunctious group, sophomores, Lily Luke and Hailey Heaps, attempt to keep control of the chaotic classroom. This loud group of 10-12 people are writing, producing, acting in and directing their own movie. The club isn’t even a year old, but they have written an entire script for a full length movie that is in the process of filming. They are planning to have the film premiere at the Kirkwood Public Library May 16-17.
“We had the idea [to form the club] before school started,” Luke said. “We didn’t really think it was going to happen and over the summer me and Hailey made movies together. Then we thought it would be cool to share that with other people.”
The next step for the co-leaders was to reach out to Mike Wade, KHS sophomore class principal, and learn how to form a club. They were referred to the leader of activities and from there they had to get 10 people signed up for their club as well as a sponsor.
“It was kind of nerve racking sitting in the activity fair and seeing if people were actually going to sign up,” Luke said. “It was pretty cool to see people actually want to sign up for something that we were passionate about.”
The co-leaders asked Dr. Molly Stephenson, English teacher, to be their sponsor because she used to teach a film class before the English teachers got reorganized.
“They needed a sponsor and someone recommended me,” Stephenson said. “I had sponsored clubs in the past, and now I hadn’t been sponsoring anything so I thought it was a good opportunity to get back into film.”

Luke, Heaps and the rest of the club started the script-making process by meeting every week after school on Thursday, working together on the plot and attempting to co-write the whole film within their group. They eventually got behind schedule due to the onslaught of ideas from the rest of the group. So instead of doing two smaller films they are planning on doing one big movie throughout the whole year.
“It ended up being really difficult because we couldn’t get everyone together to write all of it at once, so over winter break I decided to knock the whole thing out,” Heaps said. “I was like, ‘We are never going to finish this in time to show off the movie if no one writes the script now.’ I decided to just do it all.”
Even though Heaps wrote the script, it was still a culmination of everyone’s ideas and characters they had planned when they first tried to write it together, Luke said.
“We edited together and we read through it together to pick pieces out, [making] sure everybody was okay with it first,” Luke said. “I wrote the ending and Hailey wrote the middle and climatic chunks, and we all wrote a lot of the beginning together.”
Heaps said the group is wild and creative which tends to lead to chaos, so she is often the voice of focus and reason for the group.

“I kind of sit and I try to take notes of what everyone says, kind of like the secretary of some sort,” Heaps said. “I try to get down what everyone says and then if I can get a moment to speak over anyone I will try and direct it to something that is maybe efficient and effective to what we actually need to get done.”
The club is involved in every part of the filmmaking process, and because of this you can find actors, directors, and writers all in this club and open to everyone, Stephenson said.
“I think anybody who loves film should join,” Stephenson said. “This is a really fun place to participate and actually do a film, and I think it’s a nice opportunity for anyone who doesn’t really know people, because it is so warm and welcoming.”