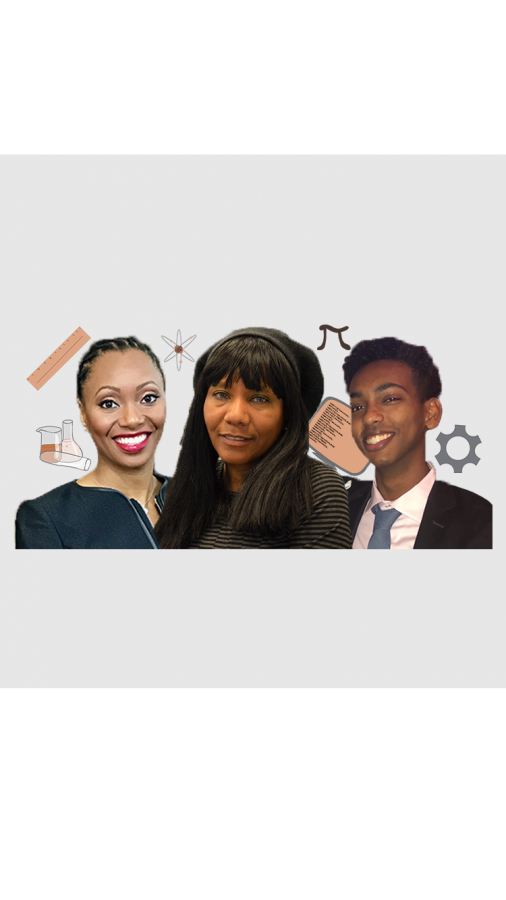 Growing up, the only people she knew with college degrees were her teachers. She expected to cut hair for a living. After losing her aunt and uncle — the people who raised her — to cancer, however, Dr. Hadiyah-Nicole Green, medical physicist, decided it was time to reimagine cancer treatment. She is now on the brink of doing so. Through the Ora Lee Smith Cancer Research Foundation, the non-profit organization she founded in her aunt’s memory, Green hopes to popularize her approach — whereby cancerous cells are directly eradicated using laser-activated nanotherapy (LANT) — through affordability and accessibility.

“Cancer impacts everyone, [but] moving forward, we’re trying to break the cycle of having new stories to tell about loved ones we’ve lost to cancer,” Green said. “Our treatment, to eliminate cancer without side effects, is ready to begin human trials.”

Her work, though, has not changed the demographic imbalance present in STEM careers. According to the U.S. Census Bureau’s data, Black Americans comprise an estimated 13.4% of the U.S. population, while the U.S. Bureau of Labor Statistics data quantifies 12.6% of the workforce as composed by Black Americans; furthermore, Pew Research Center data shows that just 9% of Americans working in STEM occupational clusters are Black, confirming the underrepresentation of Black Americans in STEM-related careers. Fraye Beyene, 2019 KHS graduate and current Columbia University computer science major, views these statistical disparities as almost self-perpetuating.

“I was the only Black student in my AP Computer Science class, [which] was about 20 to 25 students, [so I know] it can be kind of disheartening to walk into a class and see nobody who looks like you,” Beyene said. “There’s that sort of barrier to entry there that can discourage people [with] different backgrounds from really pursuing [STEM] fields. I think [the disparity] starts from [a lack of] inclusion and representation, which I think are really important and overlooked sometimes.”

Beyene, Green and Loretta Ford, founder of the St. Louis-based Museum of Black Inventors, all view childhood as a critical juncture, as youth may either develop STEM-based interests or build skills that will benefit their future pursuance of a STEM occupation. For Ford, using her museum’s platform to inspire the imaginations of young students, while simultaneously reaffirming their self-confidence, is crucial.

“It’s so important that the Museum of Black Inventors and other platforms continue to be exposed to youth [because] they need to know that they can tap into their creativity and invent and create,” Ford said. “There’s a Black engineer named Lonnie Johnson who created the super-soaker water gun. When kids find out that he was an engineer first and foremost and then used his creativity to invent something fun, [they’re] like, ‘Wow, I can be an engineer or brainiac and still come up with something creative and fun.’ Kids just have to be exposed.”

Technology is a catalyst in this regard. While the majority of children enjoy access to and utilization of digital services — such as Google and YouTube — to satisfy their curiosities, there are still those who rely on community or school provided devices. Ford noted that, while she is sometimes surprised by the scope of information kids can navigate and internalize, there is still progress that should be made towards accessibility equalization.

“My granddaughter is not quite 5 years old and told me she wanted to be an astronaut and go to outer space, and I didn’t even know she knew what an astronaut was,” Ford said. “Kids get an opportunity to learn with technology, [especially] with its connection to science. I really do think that now, with the Black Lives Matter movement and its support, schools are going to be very vocal about communicating what their needs are and what they need in order to help students, particularly [those] without technology.”

Green hopes the Black Lives Matter movement encourages more Black students to pursue their interests in STEM, enabling them to overcome the barriers sometimes obstructing their academic achievement. Green recognizes that pursuing dreams without support may feel intimidating, but she hopes that Black youth will always remember their excellence — and always believe in themselves.

“Racism is very much alive and well in STEM, [and] this is the time to address all of it. I really hope [the BLM movement] creates opportunities for people coming behind me that I didn’t have,” Green said. “Nobody told me when I was a teenager that I could be one of the first Black women in the country to have a PhD in physics. That I could be a doctor. That I could be an inventor. That I could start a non-profit. We are absolutely capable of excelling in STEM fields — if we don’t have to also deal with the racism on top of [academic coursework], imagine how much further the next generation could go.”