Students speak in favor of Biden and Trump

Presidential candidate Joe Biden was never the first choice. At least this is the case for Mick Collier, sophomore, and Xander Piskulic, senior. Collier supported Mike Bloomberg in the Democratic primaries, while Piskulic was a “Bernie Bro.” However, after their favorite candidates left the race, both Collier and Piskulic found Biden to be a stronger Democratic candidate than expected and most importantly, better than his Republican opponent, Donald Trump.

“I trust that Biden will be making the sort of legislation and working with the sort of politicians who are going to be making the changes I want to see in the government,” Piskulic said. “All of his policies are things that I can live with, if not policies that I enjoy and really do think should be instated.”

Piskulic said one of Biden’s biggest strengths is the time he spent as Barack Obama’s vice president from 2009 to 2017. According to Piskulic, Biden’s experience during his vice presidency and his over 30 years as a Senator made him a strong leader and speaker. Collier said Biden’s previous political experience will be a valuable asset if he ends up in the White House.

Collier agrees with almost all of Biden’s policies, including his plans for climate change, gun control and the economy. He said most people are misinformed about Biden’s gun control plan, which is not to take away guns, but to enforce tighter restrictions on legal automatic weapons. Collier also supports Biden’s tax policy.

“I think Biden understands the working man and actually understands how a family in the middle class can be affected by all these real policy changes,” Collier said. “The biggest selling point for Biden would be [that] he would make economic changes that would actually affect the majority of the American people as opposed to just the people up top.”

One unique point of Biden’s candidacy is his running mate, Kamala Harris, an African-American and Asian-American woman. If Biden wins the election, Harris will be the first ever female vice president. Running with Harris is a big advantage for Biden according to Ella Stauder, sophomore.

“We’re getting the woman’s point of view rather than just having men as president and vice president,” Stauder said. “So I feel like there will be more freedoms for women and more empowerment. I think it will be better all around for our country.”

Despite breaking ground with his chosen running mate, some KHS students argue that Biden is not radical enough. Jack Henry, senior, said he would be more supportive of Biden if his platform included a more progressive climate change policy and fixing racial injustice in the police system.

“I support most of what he’s doing, especially with health care, but honestly, I wish that he was advocating for more change,” Henry said. “I hope that [Biden] would help to ease some of the conflict because of Trump’s beliefs, especially about minorities.”

Like most KHS students, Piskulic will be too young to vote in this election. He said that if he was able to vote, his vote would go to Biden. However, he urges everyone who can vote to do so, regardless of who they’re voting for.

“Not voting is the worst thing that you can do because that’s the biggest control that we have over our government,” Piskulic said. “No matter what you believe, do enough research until you are sure about what you want. If you look long enough, you will find a reason why you prefer one candidate over the other, and voting is super important.” 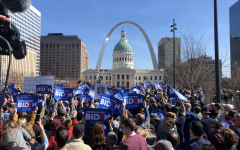 The Trump administration: a performance review 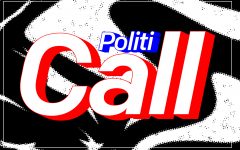 The PolitiCall: getting involved in politics

Support for Republican incumbent Donald Trump is rare on social media, but posts supporting his Democratic opponent, Joe Biden, fill Instagram feeds. Many of Trump’s supporters say they are hesitant to speak up about their political beliefs. Though they tend to be less vocal than their liberal counterparts, politically red students do exist at KHS.

“I’m starting to notice that there’s more of a silent majority,” Sophie Smith, senior and Young Conservatives Club president, said. “There are a lot of people who actually are Republican and conservative. I think more people are starting to believe in that, and I think that’s cool.”

Williams said the strong points of Trump’s platform are promoting the military, lowering unemployment rates and boosting the economy before and during the pandemic. While she has been a supporter from the beginning of his presidency, other Trump fans are newer to the scene. Like Williams, Lukas Reinbold, junior, supports Trump because of his economic policy, as well as his policy on foreign affairs and alliances.

“I was not always a Trump supporter,” Reinbold said. “In 2016, I liked him more than Hillary because Hillary didn’t really fit with me. But then over the last six months, [Trump has] grown on me a little bit more. I like the fact that he is more of a law and order president.”

Reinbold, as well as Jimmy Winkelhoch, senior, are hopeful that Trump will win in November. Winkelhoch said he expects the country to improve in many ways if Trump stays in office for a second term, including lower unemployment rates and a better economy.

“I love how Trump is a patriot. I do believe that he loves this country and that’s something that really hits home with me,”

“I think our economy will rebound [from the COVID-19 pandemic],” Winkelhoch said. “I hope all the [Black Lives Matter] riots will not happen, and I think they’ll stop. I hope for [Trump] to continue to be tough on immigration. He’s brought a lot of jobs back to the United States which hasn’t happened in a while.”

These students haven’t forgotten about Trump’s reputation from the media for being offensive and brash. Winkelhoch said he acknowledges Trump’s weaknesses and wouldn’t choose to be friends with him, but still stands with his policy and platform. Smith agrees.

“I don’t think he’s good at thinking before he speaks,” Smith said. “That’s [his] biggest weakness, not thinking about how his words are going to affect other people. His biggest strengths are being a leader and not panicking when things get rough while running the country. I think he does his best to try to unite people even though that’s really hard right now.”

Despite his negative reputation, especially among Generation Z, Trump has won the favor of multiple KHS students, including Smith and Reinbold. Reinbold said that even though he may not agree with everything Trump says, he respects the president’s ability to follow through on his policy and accomplish a lot while in office.

“I love how Trump is a patriot,” Reinbold said. “I do believe that he loves this country and that’s something that really hits home with me. He preaches about American values and hard work, values that I believe in and that built this country.”