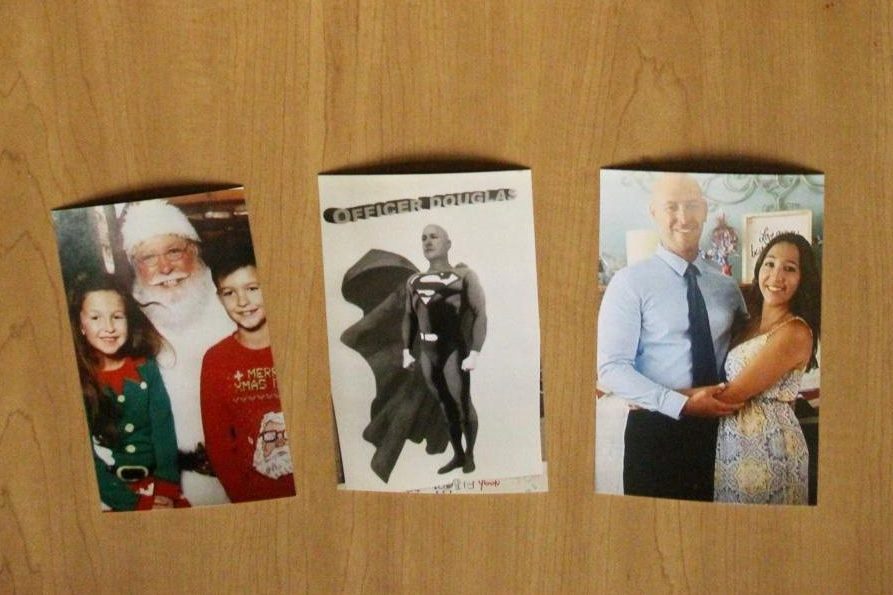 KHS School Resource Officer (SRO) Donald Douglas strives to make emotional connections and be a positive influence for all students.

Donald Douglas: Not your average officer

Donald Douglas has answered patrol calls ranging from bloody noses to violent abuse. He works 12-hour shifts patrolling the community. His uniform is solid black, and he carries a belt complete with a taser and gun should he ever need them. But fulfilling his duties as a police officer is not Douglas’ first priority when working as a School Resource Officer (SRO) at KHS.

“My main [goal] as a police officer in the school is to form positive relationships with students,” Douglas said. “[My goal is] to be a positive influence in their lives [and] guide them in the right direction. Some students don’t have positive male role models in their lives, and I hope that I can fill [those] voids.”

Some students don’t have positive male role models in their lives, and I hope that I can fill [those] voids”

Though his main job as an SRO is to keep students safe, Douglas prioritizes forming connections simply by talking and listening to them. DaRon Martin, junior, is one student Douglas knows well. Martin talks to Douglas in the halls and one-on-one, and they even have a unique handshake.

“He just attracts good energy,” Martin said. “He’s a really fun person to be around. I think it’s important to build an emotional connection. It makes him more trustworthy and easier to go to.”

Most of the students Douglas connects with have known him for years, as Douglas worked at Nipher Middle School before transferring to KHS. He said that along with watching them grow up and become better people, he stresses the importance of every student having a positive role model in their lives.

“My dad was [my role model] because he gave me vision and drive,” Douglas said. “I knew he was a good person to watch, so he was a good influence. I learned firsthand that people need that because I see it as a police officer. I deal with people who did not have role models and were not influenced positively, and your life goes in a different direction.”

Douglas said having two young kids of his own and remembering his own experience from high school helps him connect with students and form better relationships with them. He has noticed that being trustworthy and relatable makes students more willing to talk to him about serious subjects, one of his main goals as an SRO.

“I try to reach out to as many kids as possible here, even if it’s just saying hi or waving or smiling,” Douglas said. “I think that’s huge – for youth in high school to see that positive influence and especially from a police officer to know that we are trustworthy people. [Police officers] go out here to make the community safer and help people. That’s why we got into this job.”

Along with being a positive influence in students’ lives, Douglas also prioritizes keeping things light and having fun. Gram Borella, junior, met Douglas in middle school and often played basketball with him during lunch. Borella said Douglas has always kept a good balance between having fun and being responsible in school.

“He’s very good at his job,” Borella said. “He goofs around, but he’s always focused when he needs to be. Douglas shows that you can be a good example for everybody while still having fun.”

Borella and Martin both emphasized that Douglas genuinely cares about students. More than anything, Douglas said he wants them to succeed and become better people. To help students reach success, he will continue to encourage and motivate them during his time at KHS.

“Work hard. And when you think you’ve worked hard enough, work harder,” Douglas said. “You guys are very, very young, and you’ve got a lot of life to live. So if something bad happens, brush it off. Keep moving forward. Absolutely work as hard as you possibly can. And stay safe – absolutely, always.” 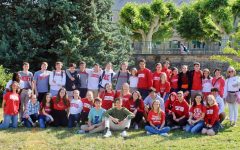 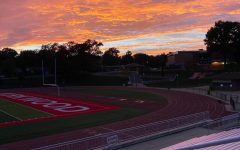 Call Ed: KSD, you have failed us 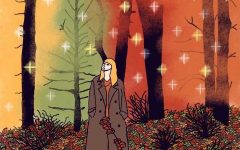 Visual of the week - Elena Sherwood