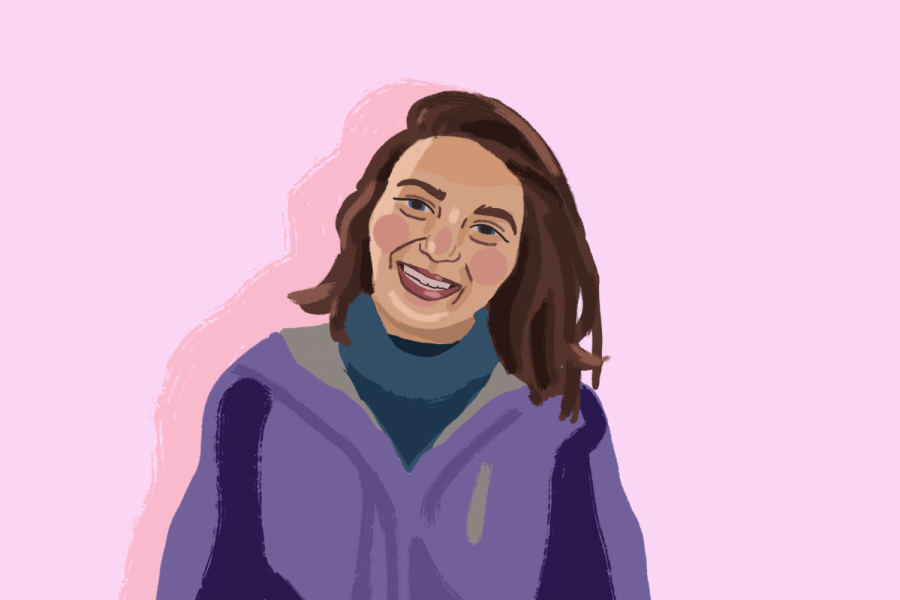 Zoe Knight, KHS senior, used the time at home during the COVID-19 pandemic to create her own nonprofit. “Project WallFlower is a nonprofit organization that raises money to provide period products to students in need,” Zoe said.

Back in March, the way people lived life was irrefutably changed: Businesses closed and people found themselves out of work, schools moved online and some students struggled with their mental health and loved ones passed away or were sick from COVID-19. Living in this reality can be hard, but the time and reflection gave Zoe Knight, KHS senior, the clarity to know what she should do with it. Zoe used her free hours and the resources she had access to for creating her own nonprofit.

“Project WallFlower is a nonprofit organization that raises money to provide period products to students in need,” Zoe said. According to Zoe, she wouldn’t have started her Girl Scout Gold Award project if she didn’t have the time during the pandemic. Zoe said she might not have started the nonprofit Project WallFlower without the extra time at home during quarantine, either. This is due to many of her extracurricular activities such as theatre, mock trial and National Honor Society.

“When I was creating my nonprofit organization, [the goal] was to help people in need, but this issue is bigger now because of COVID-19. There are a lot more people under the poverty line at the moment and they can’t buy period products. It was also awesome because I was taking this awful situation and I was trying to turn it into a positive,”  Zoe said. “That was another goal of what I was doing. I’ve binged enough Netflix. I can’t sit on the couch anymore. I need to do something, and, while I’m doing something, why not help people along the way?”

According to Zoe’s mom, Tasha Knight, she and the rest of her family have been supportive of Zoe’s aspirations for Project WallFlower. Tasha was helpful in creating the website, as she is the founder of Web Design by Knight, her own web design company.

“It’s been very positive. She has learned so much, just doing all the research herself and trying to figure out all the different forms and all the roadblocks,” Tasha said. “And how you get around things. That in itself is kind of spectacular.”

Zoe started small with evaluating the feminine hygiene situation at KHS and deciding she would set her plan into action. This plan will be used in other schools as well once Project WallFlower has enough donations.

“Right now, we haven’t received enough substantial donations to make official [contributions] to schools, so the plan right now is to talk to different school districts who are unable to provide period products for their students or unable to provide quality period products for their students,” Zoe said. “And then sit down with them and have a conversation about how much money they need per year to support a new period system at their school. Once we have that sit-down, we can start talking to bigger businesses about [initiating] that plan.”

Zoe created a presentation for her proposal, which she showed to Dr. Michael Havener, KHS principal, and Jessica Vehlewald, 12th grade principal. However, Michael Wade, 11th grade principal, did more of the work regarding setting up the feminine hygiene dispensers at the school.

Havener said Zoe had to do a lot of the paperwork and should get a lot of the credit. Tasha says Zoe basically did all the paperwork by herself and Zoe would just come to her parents with questions. According to Tasha, if they knew the answer they would tell her and if not they would Google it.

“Instead of buying the products, I designed custom wooden dispensers that are basically a box that can be hung on the wall and they have a divider in the middle so half are tampons and half are pads. You normally don’t notice until you go to the bathroom, so you’re in the bathroom already and the pads and tampons are right there instead of going to the bathroom first, thinking you have your period and travel[ling] to the nurse’s office and back, which may take up a major chunk of class,” Zoe said. “So, by putting those in the bathroom, women are staying in school because they know they have access to these products and they’re staying in classes longer because they’re able to have these products right there in front of them.”

Children whose families can’t afford period products sometimes drop out of school. Zoe said people who have food stamps cannot use them to buy period products. Tampons in 33 states include additional sales taxes that other necessary products don’t.

“I noticed when I went to the high school that there were two major issues with the system: the products were uncomfortable, inadequate and just awful and they were only located in the nurse’s office,” Zoe said. “Period poverty is the lack of access to feminine hygiene products, and a lot of girls all over the world have to drop out at the age of 12 because they have their period and can’t go to school without period products, and I wanted to make sure that didn’t happen at KHS. But furthermore, I wanted women to know at the high school that they have these period products available.”

The main source of period products in the school nurse’s office come from a brand called Naturelle, which also makes cleaning products. There is no requirement for period products to share their ingredients, so it isn’t known if there are chemicals or toxins in certain feminine hygiene brands. Zoe wanted to make sure that the products at our school were safe.

“It’s been an interesting journey because of the fact that once you become aware of [period poverty], you start seeing more [information] in the news and it’s becoming more readily available for you to intake,” Tasha said. “Once Zoe started her project, I started kind of going along that same journey with her, learning about period poverty not only in the U.S. but [also] around the world. [It] helped me formulate in my mind how she can more successfully move forward on a local level and take it global.”

Zoe said she never thought she would start a nonprofit, especially in high school. According to Zoe, she had the means and the aspirations to help people, so why wouldn’t she? But she also said that it will continue to be a big part of her life, especially as the project expands.

“I’m just really proud of her and what she’s done,” Tasha said. “I think it’s an amazing accomplishment and the family just supports her in all she does.”