DJT and the GOP: Trump’s impact on the Republican party 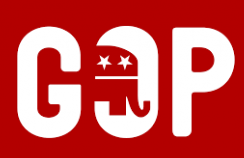 “We need to campaign among Hispanic, black, Asian and gay Americans and demonstrate we care about them, too. We must recruit more candidates who come from minority communities. But it is not just tone that counts. Policy always matters.”

Such were the words of the Republican National Convention’s autopsy report on what went wrong for Republicans in the 2012 presidential election. In 2012, Republicans expected to win. After all, they had gained six seats in the Senate and 63 seats in the House in the 2010 midterms. Nonetheless, Barack Obama and the Democrats succeeded in besting the Republicans again. But according to the RNC, it was not so much Obama’s success, as much as it was Romney’s failure that accounted for the election’s unfavorable outcome. Romney had failed to reach out to key minority groups. The next Republican presidential nominee would have to make a conscious effort to attract groups like Latinos, African-Americans and women. In 2016, the Republican nominee won the presidency, but not by following this advice, or even ignoring it. Donald Trump did the exact opposite of what the RNC suggested.

“Instead of appealing to Latinos and moderating some of the social conservatism stuff, [Trump] showed that you could win just by turning out more conservative white people, especially lower income, lower education white people,” Lucas Ravenscraft, government and politics teacher, said. “That really shook the party.” Although Trump’s support among women in the past two elections was slightly lower than Romney’s in 2012, and his support among African-Americans, Latinos and Asians was only slightly higher, Trump managed to secure a massive improvement over Romney with one demographic: the less educated. Romney won the vote of only 35% of voters with a high school education or less. For Trump, it was 51% and 54% in 2016 and 2020 respectively. David Gordon, senior, believes Trump’s demeanor makes him naturally attractive to that demographic.

“He speaks his mind,” Gordon said. “He doesn’t let anyone tell him what to do. He’s kind of a wild card. The establishment doesn’t really have a grip on him. He just does what he does.”

Evidently, however, the Trump strategy has not come without consequences for Republicans. Now, the party appears divided between traditional establishment Republicans and those seeking to maintain the new demographic of voters for their party. Such a phenomenon was evident in the electoral college count when six Republican senators objected to the results in spite of Majority Leader Mitch McConnell’s decision not to object, as well as in the most recent impeachment vote in the House, where 10 Republicans went against Republican leadership and voted to impeach the president.

“I feel like by this point there are a lot of different levels of Republicans,” Sophia Smith, senior and president of the KHS Young Conservatives, said. “I’ve been hearing lately that a lot of conservatives don’t even consider themselves Republicans. I definitely think there is a lot of division happening right now within the party.”

If there is a division, Mitch McConnell appears to be on the side of the establishment. After not objecting to Trump’s loss in the electoral college, McConnell has signaled he may be willing to convict Trump when the impeachment trial reaches the Senate. According to CNN, a Republican member of Congress said McConnell told him “he wants Trump gone,” claiming “it is in the GOP’s interest to have him gone.”

“There’s a certain sector of the Republican party that Trump really turns off,” Ravenscraft said. “Those are your wealthier or higher educated business people who support Trump because his tax policies are good for their bottom line, but they don’t really like him.”

“I’d rather have a candidate that more Democrats are okay with,” Gordon said. “[Trump is] already set up for failure if he were to win [the nomination] again.”

Still, there are Republicans who believe they can keep the new demographic Trump attracted in the Republican party. Prospective 2024 presidential candidates, Senators Ted Cruz and Josh Hawley appear to be two of them after objecting to the electoral college results. However, Cruz and Hawley both faced retribution for that decision. More than 100 companies suspended contributions to Cruz and Hawley following their objections. Nonetheless, both candidates received less than one percent of donations from those 100 companies according to Newsweek.

“[Cruz and Hawley] think they can tap into that less educated, middle to lower class white base,” Ravenscraft said. “I think some of those Cruz and Hawley types think ‘I can do the Trump thing to get elected and I’m more competent than he is, so if I got into office, I could then use that power to be a lot more effective.’”

However, it may not be just Trump-like candidates vying for the presidency in 2024. Trump may again be in the mix. After Trump claimed “we will be back in some form” in his farewell address, Ravenscraft believes another run for a second term is possible.

“If Trump’s not convicted [in the second impeachment trial], I could see him running for president again in 2024, but I could see the Republican party not nominating him, then him running as a third party candidate,” Ravenscraft said. “Whether it’s ego or delusion I think he believes that he could win again.”

After four unprecedented years as President of the United States, there’s no denying Trump’s unprecedented impact on the country, the world, and perhaps most prevalently, his party.

“I think there stemmed a certain confidence from the Republican party,” Smith said. “Of course there’s bad confidence, like for example the extremists at the riots at the capitol. But the confidence I’m talking about is more of a reserved confidence, one that kind of says ‘we also have something to say and we’re allowed to say it as much as the other side is.’”

“I think there is a little bit of an indication that Trump is a unique singular figure and he himself is the appeal, not the rhetoric, not the policies, that there’s something intangible,” Ravenscraft said. “But that’s the magic of Trump. There is something intoxicating for a certain group of people about his machismo and his style.”