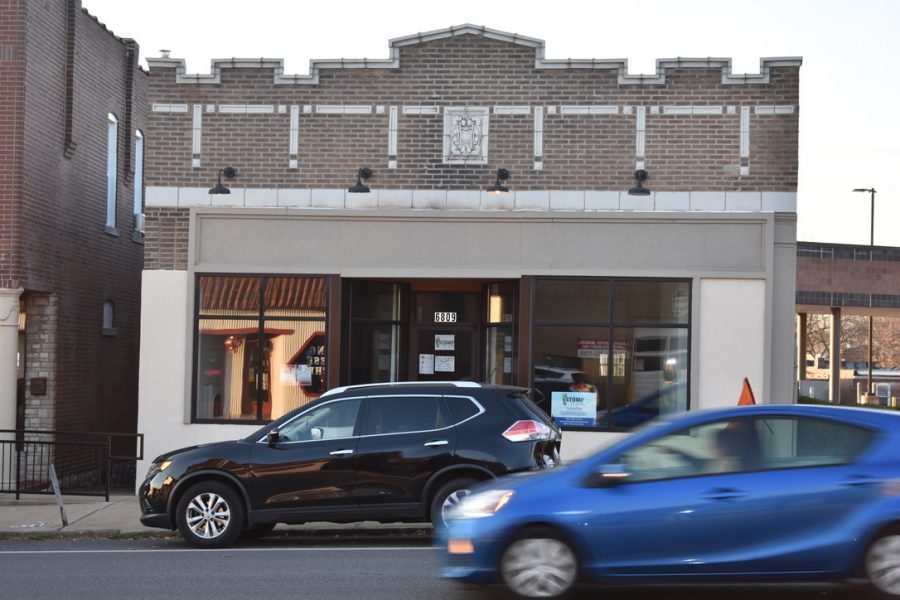 Cars pass Stomp the World as they drive down Gravois Avenue in St. Louis.

“There was a kid standing at the bottom [of the escalator], so I asked him, ‘What’s going on?’” Lee said. “He said, ‘I’ve never been on an escalator. I don’t know how this works.’ There are things that I think people take for granted, and so being able to [help someone through a moment like] that and make that little change means the world to me.” The goal of Stomp the World is to provide experiences that kids might not receive in school.

“I was a kid who graduated from KHS, but I lived in poverty as well. just knowing that and knowing that there is an organization out there that wants to better the community and to show kids that they have more than what is inside their community. That was one of the things that made me want to get involved.”

“It started as a casual conversation with a group of friends several years ago. We laughed about it, [but] the next day I reached out to one of my friends and said, ‘We should do this’ and it went from there,” Cohen said. “It took us a long time to get it going and for people to take us seriously.”

Stomp the World offers affordable tutoring in-person and online for children and teens. They also provide dance classes for all ages. Aside from the organization’s main focus, it is also currently hosting talks about racism and equality every other Thursday for high school students around St. Louis.

“We started [the talks] off with Black teens from Riverview [Heights] and white kids from Parkway Central and Ladue”  Jodie Miller, Stomp the World volunteer, said. “But the next time, the kids from Riverview didn’t show up. It’s because they have jobs. [That] shows you the difference ––they can’t take off work.”

This November, Stomp the World is hosting a challenge called “Giving Ten for Giving Tuesday” to raise money. The challenge is for participants to quit a habit that usually costs them $10 to do and instead, donate that $10 to Stomp the World. They then are encouraged to challenge 10 people to do the same. The donations will go to funding the services that the organization offers for children around the St. Louis area, including a trip for high school students to Washington, D.C. in 2021. For the future, the organization is working to continue to help kids as much as possible in the pandemic and fundraising for their trip in 2021. Overall, through its many programs, classes, and organized trips the organization has a central focus of providing a holistic education.

“Education is important, so we try to provide education and life experiences outside of the classroom. We also try to teach character development because that is not being taught in schools,” Lee said. “The way we see it, you can only learn so much inside the classroom, but it’s those life experiences that enhance the education.”