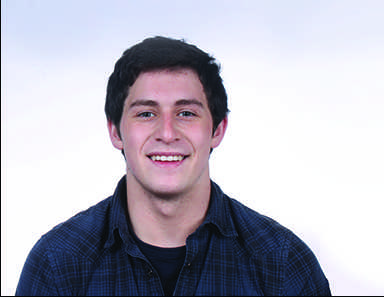 For the second time at the Olympic Training Center, 833 miles away from St. Louis in Colorado Springs, Colorado, the heavy thud of weights can be heard by Richard Beemer as they drop to the ground by other weightlifters. Richard’s muscles bulge and sweat appears on his forehead as he trains. Richard was first invited to the Olympic Training Center in December 2014 for a week-long winter camp.

“It’s a great environment to be in because everyone here is really passionate about weightlifting,” Richard said. “You find commonalities between a lot of weightlifters so we all get along. We’re just here training and enjoying it.”

Richard’s passion began freshman year when his football coach pushed him to try weightlifting. His school in Leavenworth, Kansas had a weightlifting club and after trying the sport, Richard found his niche.

That summer, Richard moved away from Kansas and had to train without a coach. Even so, Richard got third at his first Youth Nationals competition.

“He is very disciplined, [and] he shows a lot of initiative,” Rick Beemer, Richard’s father, said. “Everything that he’s done, as far as weightlifting goes, he’s done completely on his own. It’s not something that I did [or] encouraged him to get into. I’ve never seen anybody work as hard as he does [and] frankly, I don’t know anyone as disciplined as he is. He’s just really taken to it and works very hard to make things happen.”

Along with being ranked 10th in the nation in the 17 and under age group, Richard received the Presidential Scholarship from St. Louis University, a full-tuition scholarship for four years. Richard was also a direct admit to the 6 year physical therapy program.

Technically, Richard is a junior, but he will be graduating with the Class of 2015 because he felt like he was ready to move on and begin his college career.

“I have the credits and I feel like I am mature enough to advance on to college,” Richard said. “I know quite a few people who go there already, and it just felt right to make that step.”

As a winner of the Presidential Scholarship and as a nationally ranked weightlifter, Richard has shown that hard work does pay off.

“There are times when I love weightlifting and it’s all I want to do for the rest of my life and then there are also times where I hate it with everything in my heart and I want to quit,” Richard said. “Weightlifting is a sport that has given me the best moments of my life, but it’s also broken my heart. Sometimes you just run into a wall and you don’t make any progress for a while. It’s a really big mental battle sometimes. You have to keep fighting through that. I feel at home with weightlifting.”