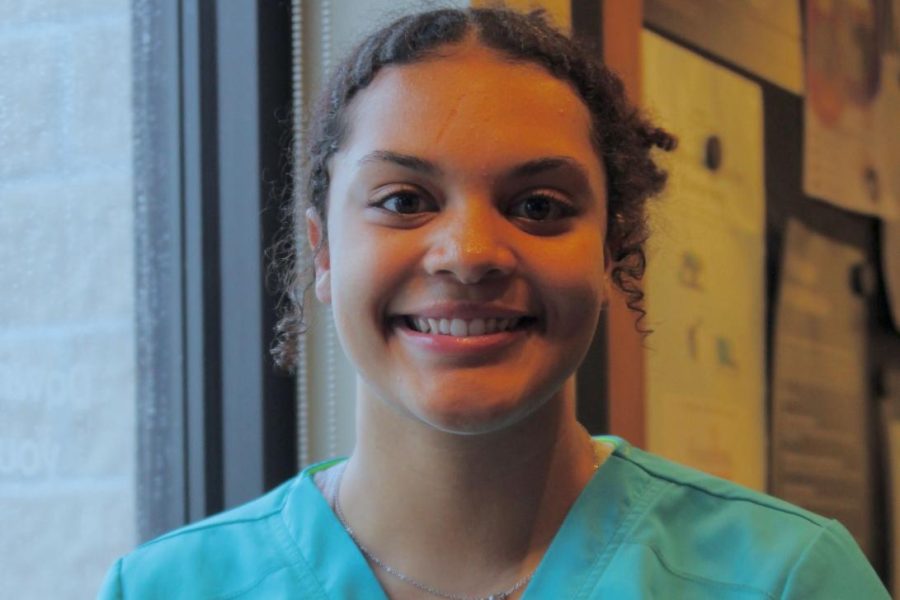 Autry plans to major in biology on a pre-dental track.

As school finishes up and summer rolls around, seniors begin “a new chapter of their life.” While some journeys start close to home, other journeys happen far away. For Jaida Autry, it is 4127 miles to be exact.

Autry applied to her dream college, Hawai’i Pacific University. She didn’t think much of it at the beginning, but was later accepted with multiple financial scholarships.

“I was really excited when I got accepted. I told everybody immediately,” Autry said. “It took me a while to commit, financially, because Hawaii is one of the most expensive states to live in, but the [scholarships helped] and everything work out perfectly.”

Autry plans to major in biology on a pre-dental track. She is currently finishing her coursework for dental assisting at South Technical High School, and wants to further her education so she can get a doctorate in dentistry. However, her education won’t stop there.

“I likely won’t come back to Missouri [after college], but I do plan on coming back to the mainland to get my doctorate,” Autry said. “There aren’t any dental schools in Hawaii.”

Some KHS students go to schools in-state, where they tend to know at least one person. Autry however, didn’t know anyone prior to applying.

“I reached out to some people who are currently attending Hawaii,” Autry said. “A bunch of people said they really liked the school, so that helped lead to my commitment decision. I am trying to make my way over there to find some friends.”

Autry said her friends and family support her decision for school. Trinity Richardson, KHS senior, and best friend of Autry’s for eight years, is one of her biggest supporters.

“I am proud of Jaida from where she’s started, to where she is going,” Richardson said. “Of course I am going to miss her, but I think this is a great opportunity.”

Along with Richardson, Catina Autry, Jaida’s mom, said she’s excited for her daughter’s future. Although she will miss her daughter, she thinks that good opportunities are coming in her direction.

“After living in the city for several years now, I feel like it’s a good step for her,” Catina said. “She will be able to see new things and have different experiences from what she has now. She’s gonna love it.”