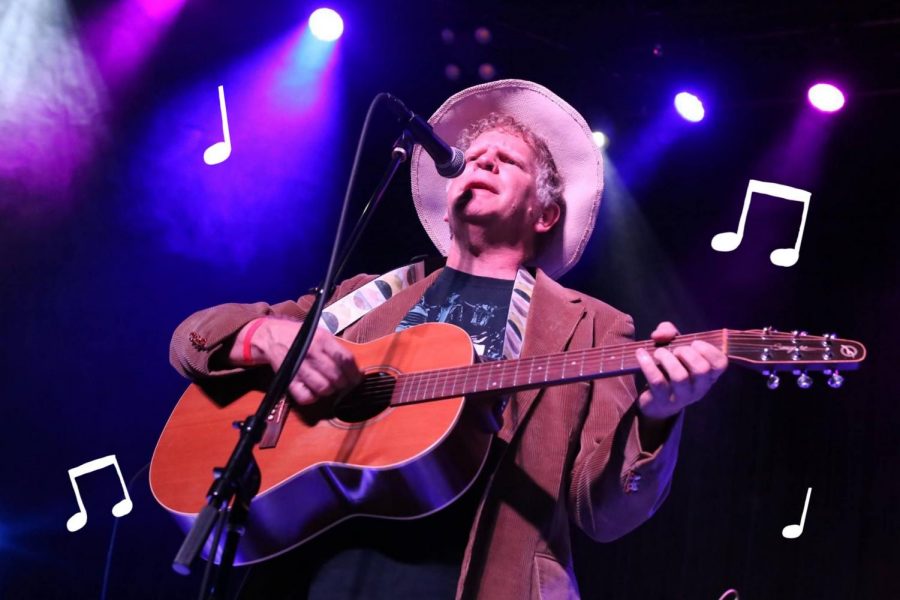 Where are they now: Kevin Renick

Kevin Renick, class of 1975 graduate and former journalist, sits at home plucking away on the strings of his guitar. With his love of music and close friends, he spends his days doing what he enjoys most. But Renick said he never expected to go into music. After graduating, he studied journalism and creative writing at Webster University. It was there that Kevin Renick met his long time band member and current roommate Ted Moniak.

Moniak and Renick have been friends ever since. Even though lots of time has passed since their college days, Moniak said not much has changed.

“Kevin is still the same Kirkwood guy he’s always been,” Moniak said. “Although he’s been through the wringer with things like job layoffs and housing, his commitment to music is still really strong.”

Moniak said the two make more music now than they ever did. After college, they went their separate ways. Renick stayed in town writing and making music while Moniak went off to Seattle, Washington to continue his career in the field of classical music. It was not until Renick got his song into the George Clooney movie “Up in the Air” that the two reconnected and have stayed side-by-side playing music ever since.

“Of course the movie deal [had] a big influence on my life,” Renick said. “I had just happened to write a song with the same title as the movie ‘Up in the Air,’ and David Reitman, the director of the film, was at Webster University giving a lecture. I asked him if I could give him a cassette of my song. He liked that I was old school and had nerve, so he used it in the closing credits of the movie.”

Moniak said that the violin business in Seattle was not doing very well. But it just so happened that the violin shop, Top Notch Strings, in St. Louis was hiring. Moniak moved in with Renick, and before they knew it, they were back creating music.

“We stayed in touch as much as we could over the years. But it wasn’t until Kevin got the movie deal that we got back together,” Moniak said. “They wanted him to go to Japan, but he wouldn’t go without another musician. He asked me what I was doing and we went.”

And just like that, Renick’s song was on the big screen. Though nowadays he stays around St. Louis performing at venues like The Sheldon and Delmar Hall, he said he loves his job more than before. And even more so, he said he still loves KHS and has fond memories of the people he has met along the way. One of those people is Ed Corno, his current music advisor. Renick and Corno met in the fourth grade at Keysor elementary school. While Corno says they were not best friends, they ended up being closer than ever before today.

“We were friends but not really good friends,” Corno said. “I really got to know him over the last three years when I saw on Facebook he was looking for folks to help guide his career.”

Corno said nowadays, Renick is thinking bigger than he used to. He has been trying to take his career to the next level with things like bigger venues and a bigger audience. But he credits it to the place where he grew up.

“[KHS] encourages students to pursue the arts,” Corno said. “It’s an environment conducive to do all types of creative fields there.”

According to Corno, Renick is now approaching his craft in a more intense, focused and personal way. He is realizing that this is the time to push his career forward in the music industry, and to go to the next level. But no matter where he goes, he will always hold ties to the city where he grew up.

“I really loved growing up in Kirkwood,” Renick said. “I had good friends, and I feel like the small intimate nature of Kirkwood was a big influence on how I approach things. I feel like small town life and my friends ended up shaping my taste in music.”