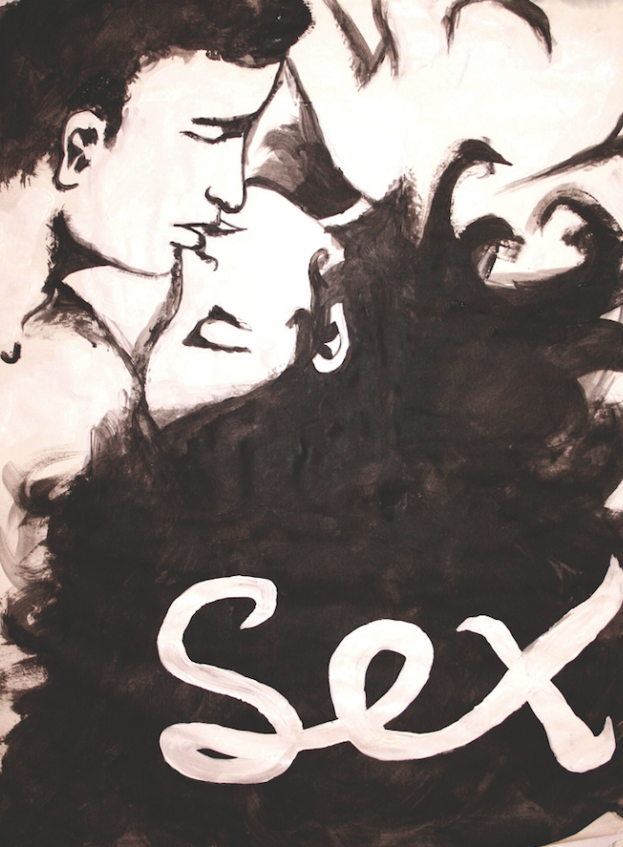 “Just don’t do it,” Ella* believes. Don’t have sex in high school. It is not the time or place in life to experience the deep connection that sex creates.

“I don’t think you should be having sex with someone until you’re in love with them and I think that being in high school, we are too young to experience being in love,” she said.

Ella is a virgin. A virgin who believes the time will come when she will find someone who she can connect to both emotionally and physically.

“I can’t see myself right now having a family and having a real life with [someone] because I’m too young,” Ella said. “I’m too immature to think about that. I [don’t] think you should have sex until you could potentially be ready to have a family, [and] a life with [that] person.”

Her thoughts on sex do not stem from religion, and she does not believe people have to wait until marriage to have sex with their significant other, but she personally wants to save her first time for her husband.

“I’m not traditional, but I think it’s a really special thing to save it for your husband,” she said. “I’m not going to promise that, but it’s really special to think about your future with someone. That’s the greatest gift that you can give your husband.”

Ella believes sex is an experience that will stay with a person for a long time and the participant must feel completely sure when committing to someone on this level.

She also thinks that some people mistake love in high school as simply a physical connection. Ella believes there is a possibility to achieve love in high school, but in most cases, people exaggerate their feelings and when they think they have found ‘the one.’

“Our hormones are going all over the place and we might think that that’s the best decision for us and for our significant others,” she said. “But in reality, I think it can turn into a mistake really quickly.”

In her opinion, forfeiting time and energy for a significant other is difficult to do during high school. Ella also thinks high schoolers do not have the exposure to enough people to find what they love and that it takes more than just one person for an individual to define love.

“Love is a lot different than being in love,” she said. “Love, I think, is a big thing with sacrifice and devoting your lives to each other and being willing to put anything down for them. I think to be able to say that you’re in love with someone in high school [is]  a little much. It stands for a lot more than just liking someone and feeling special around them; it’s a lot deeper of a meaning.”

Ella said that people have made comments about her virginity and have judged her for remaining abstinent. Although she said she was not surprised by the comments, she felt the need to defend her stance.

“I didn’t really realize how much [sex] means to other people, how much it is a part of their life [and] how [sex is] casual for other people, because it’s not casual for me at all,” she said. “I don’t think it should be a casual thing that you just throw around to anyone because it’s a very big part of you to give to someone if it’s your first time or your 50th.”

If its love, it’s okay

“[Teen sex] is okay if done safely,” Mia, senior, said. “I mostly agree with it if you’re in a relationship with the person. I don’t think you should have sex with someone you’re just hooking up with or someone you don’t know. That’s definitely edging toward unsafe.”

Mia said she has had one sexual partner: her boyfriend of two years. She decided to have sex because she had been dating Jason* for six months. Mia loved him, was comfortable with him and decided she was ready. Mia and Jason are in the minority of KHS couples having sex; 73 percent (109/150) of other KHS students in a relationship have not had sex with their significant other. While Mia thinks it’s okay for teens to have sex, she said she believes there are certain things a teen needs to consider before first having sex.

“You should only be having sex if you’re on birth control, if you’re comfortable talking about it with your mother and if it’s safe,” Mia said. “You can only have one first time. Don’t throw it away on anyone. Don’t do it because you feel pressured by a guy or just because all of your friends are doing it. It’s not going to be enjoyable at all if it’s just some random guy and you’re only doing it because you feel pressured to. That’s going to be miserable. Do it with someone who you love.”

Jason agrees with Mia’s thoughts that teen sex should be with someone you love.

“[Sex] is okay if it’s not meaningless,” Jason said. “I think it should be the right person at the right time and it should be safe. It should be with a person who means a lot to you. That adds to the experience if you both love each other.”

Mia said she has never had a negative experience with  sex. To prevent pregnancy, Jason uses condoms, and Mia is on birth control.

“One time I missed a birth control pill and I had sex that day,” Mia said. “I was concerned so I Googled it and [found out how unlikely getting pregnant was]. It’s always nerve wracking. You always have a little fear in the back of your mind that [you can get pregnant].”

Mia said being open with her mother about sex has provided a sense of security. She could go to her mom if she ever needed help, but Mia said other teens may not be able to do this.

“[Sex] is a lot more taboo than it should be,” Mia said. “I think that’s how people are raised. [It’s important] to talk about [sex]. When I first started having sex, I was afraid to bring it up to my friend group. You don’t know how people are going to take it when you’re the first one.
While her friends were accepting of Mia’s decision to start having sex, she said other students may not be as tolerant. However, Mia said sex and love are not always the same thing.

“Obviously, if you’re just hooking up with someone you don’t know that’s not love; that’s just sex,” Mia said. “But if it’s someone that you truly do love and that you care about then I think the two intertwine. [Sex] is a part of life, a part of love.”