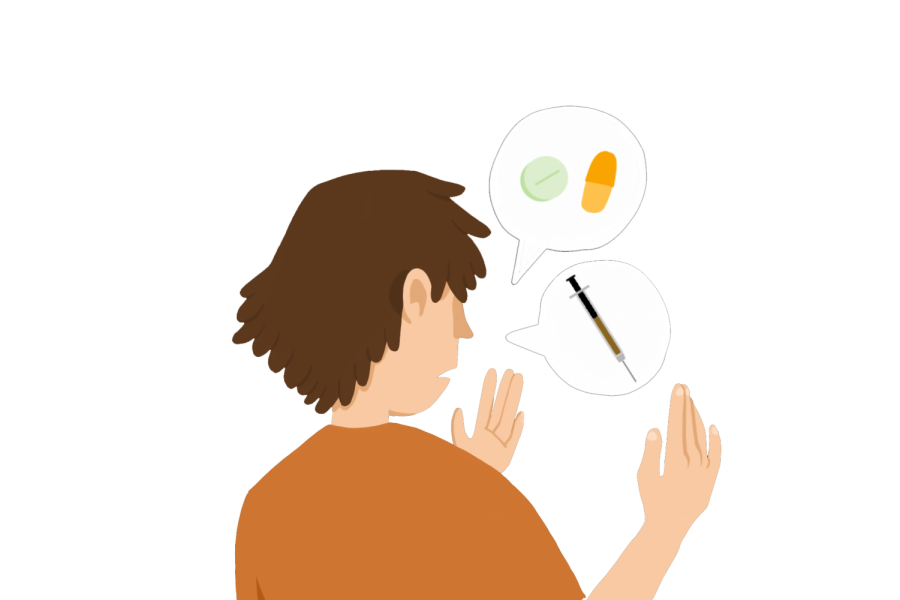 Needle in a haystack

Chatter fills the Senior Hall as Principal Dr. Michael Havener, smiles and greets students. Hearing his phone ring, he diverts his attention to the voice on the other end of the line. The news he receives knocks the wind out of him. He asks them to repeat. Everything, the bustle of heading to class, the laughter of students horsing around, stops.

KHS lost its first student to heroin in 2014. Thirteen months later it lost its second. Over the next four years, the Kirkwood community watched over seven children, who once walked the halls of KHS, be buried.

“That was a day I will probably never forget,” Havener said. “I had to go somewhere because people watch what I do, and I wanted to make sure I had all the information before [telling students]. It’s a feeling that’s hard to describe, but it’s like everything stops and you don’t want to believe it. It takes your breath away.”

Since 2014, opioid addiction has held the Kirkwood community’s attention. However, according to Robert Riley, speaker and former addict, the recent trend of recreational opioid use is not a new occurrence, but new to the community lines opioids have entered.

“Heroin has been around for a long time,” Riley said. “This isn’t our first epidemic. With the introduction of Oxycontin and the other [prescription] opioids, that’s when it really started crossing over all socioeconomic backgrounds.”

According to The Missouri Department of Health and Senior Services (DHSS), one in every 65 deaths in Missouri were caused by opioid overdose in 2017. The recreational use of opioids is not exclusive to Kirkwood only, but affects the entire nation. According to The Oakland Press, the rise in overdose deaths is not due to an increase in opioid abusers, but from an increase of Fentanyl, a highly potent painkiller, being laced in the street opioid of heroin.

“What we’re seeing is that we don’t have more people using heroin,” Riley said. “[Users are being sold] Fentanyl, which means it’s much more dangerous. So even people that were using heroin for years on end, [can now] get a hold of some Fentanyl and it kills them.”

It’s already in their community. Turning their face to it is not going to help people.”

For students like Kylie Rollings, junior, their experience with opioid addiction was not first hand, but through becoming friends with users. Rollings met her friend when she was in 8th grade, and immediately knew something was wrong.

“When I met [my friend] there were track marks,” Rollings said. “Spots around the veins [where] you can tell somebody’s been injecting themselves. I knew the general gist of it being a drug problem, but you don’t understand heroin until you’re really up in it. We were really close, and one day she just stopped responding to texts. She was sober for 90 days. She was trying [to stay clean], but it didn’t work. When she went back to [using], her body couldn’t take it, [and she passed away.]”

84 percent of St. Louis overdose deaths involved opioids in 2017, according to the St. Louis Post-Dispatch. According to Joe Fisch, junior grade level counselor, when counselors are informed a student may be abusing substances, they reach out to the student and their family showing support and encouraging various treatments. The department has access to rehabilitation facilities, counseling, drug tests and various outpatient programs. However, not many students ask for them.

“It all depends on the student and the relationship [counselors] have with the student,” Fisch said. “If they’re open and comfortable, then sometimes they will open up about it. Honestly, not a lot [of students reach out to me]. We hear from other students coming to us worried about a friend or someone in their class, but no one usually directly comes to me and discloses anything. We know it’s an issue, but if I’m walking down the hall, I don’t see it.”

While students may not seek help themselves, Fisch and Riley urge friends and family to watch for any signs an individual may be struggling with addiction. According to Riley, in order to help prevent opioid use in teens, parents in Kirkwood must acknowledge the drug’s presence.

“It’s already in their community,” Riley said. “Turning their face to it is not going to help people. [Prevention] is more about engaging with [their kids], understanding that the teenage developing brain is going to experiment with things, giving them the information so they can limit the dangerous substances they experiment with and teaching them there is help out there.”