“We have not made any significant progress in closing the gap,” Condon said. (Julia Knoll)

“We have not made any significant progress in closing the gap,” Condon said.

Since 1990, there have been three district task force committees dedicated to closing KSD’s achievement gap. Yet on Feb. 11, 2019, Dr. Bryan Painter stood before KSD staff and shared Kirkwood’s continued racial and economic disparities on the End Of Course (EOC) and Measure of Academic Progress (MAP) tests.

“We have not made any significant progress in closing the gap,” Condon said. “It seems like it’s always an area we want to make a difference in, and several [KSD] schools have tried different programs to close that gap, but it still feels like we haven’t found the right combination.”

Condon believes many factors contribute to this gap, some of which begin before a child even enters the district. According to former KHS Principal Franklin McCallie, who continues to champion race relations at his home in Chattanooga, Tennessee, prior achievement gaps and the lack of educational opportunities for parents manifest in their children.

“If a parent, white or black, has not had a good elementary background themselves, or did not have a home where parents read to them as little kids, they pass it on,” McCallie said. “It doesn’t get into the culture of the family to do that kind of work. They say ‘we’ll let the school do it,’ but by the time [their kids] get to kindergarten, they are already so far behind.”

McCallie said this causes their children to underperform in school, and the achievement gap continues as those children later become parents. According to Romona Miller, assistant principal, race entered the picture because white students were more likely to attend preschool, which allowed them to get an extra year of education that some African-American students may not receive. “Some kids are coming in [to kindergarten] and are already acquainted with letters and numbers,” Miller said. “They have an advantage compared to students who are coming in and this is their first academic experience. Often, this is drawn along ethnic or socioeconomic lines [where students] are always playing that catch-up game.”

Miller said students may become discouraged by poor initial academic performances and lose interest in school. Furthermore, McCallie said the gap widens significantly because when these students do not learn to read as quickly, they fall behind in learning other information as well. The responsibility then falls on teachers to believe in the students and help them overcome their deficiencies. However, according to Painter, a lack of diversity on staff makes it difficult for teachers to relate to some of their students and creates implicit biases among teachers. This causes them to punish African-American students more severely than white students. He sees this as a contributing factor for why in the 2017-2018 school year, African-American students made up 13 percent of KSD’s student population, but accounted for 54 percent of out-of-school suspensions.

“One good example is if a teacher walks out in the hall, and there’s a loud commotion from a group of white students, they’ll probably walk down there and say, ‘Get to class,’” Painter said. “If it’s a group of African-American students, the chances of someone in that group having consequences is greater.”

“I think a lot of it is confidence and whether people believe in you in an academic nature,” Miller said. “It’s feeling confident to go out and seek that assistance, because some [African-American students] feel like they can’t because they don’t feel like they belong.”

Miller said a lack of belonging discourages African-Americans from taking higher level Advanced Placement or Honors courses, where they would be even more alone in a class of white peers. However, in the classes they do take, there is still a disparity: the average cumulative GPA for African-Americans at KHS is 2.58, while the average for everyone else is 3.45. The disparity persists through standardized testing like the EOC and MAP tests as well. Painter points to these disparities as evidence for the gap’s existence and the need to find solutions.

“People are used to 70 to 90 percent of [Kirkwood’s] students getting advanced or proficient on these tests,” Painter said. “What if our scores were just [from] our students of color? What if we published to Kirkwood that 23 percent of our students are proficient or advanced? People would be at our doors saying ‘What’s going on there and how are you going to fix it?.’ We have to treat the achievement of our students of color with the urgency as if all the white kids were scoring at that level too.” 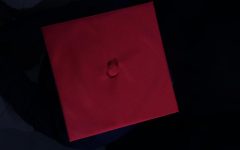 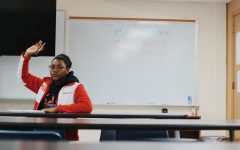