“No aspect of the country that would be formed here has been untouched by the years of slavery that followed. On the 400th anniversary of this fateful moment, it is finally time to tell our story truthfully.” – The 1619 Project

“The 1619 Project is an ongoing initiative from The New York Times Magazine that began in August 2019, the 400th anniversary of the beginning of American slavery. It aims to reframe the country’s history by placing the consequences of slavery and the contributions of black Americans at the very center of our national narrative.” – The New York Times

Six reporters from TKC decided to contribute to this project, finding local stories surrounding racism and the resilence of the African-American community. Below are stories about topics ranging from Kirkwood’s redistricting proposition and redlining to an editorial about slavery and the success story of a dominantly black school overcoming the education gap.

“Our scholars are proof that children who find themselves in the most challenging zip codes of St. Louis can succeed far beyond expectations.”  – North Side Community School website. Before 1948, realtors reserved the northside of St. Louis for people of color. Laws blocked off a section of the city to contain the growing population of foreigners and black Americans in one place–away from white people...

When William F. Hall was 6 years old, he confidently walked into Robinson Elementary as the first African-American student in 1954. Rather than feeling intimidated, he said he felt prepared for the challenge because he was the son of two educators. He had attended the segregated Turner School in Meacham Park until the Brown v. Board of Education ruling, which prohibited public school segregation.  “I am fortunate that I was always raised to believe ...

There’s never been a proper apology for slavery

What’s the black struggle: How economics shape and separate the black community. Although I’m a black girl living in America, I’m privileged. I live in the suburbs and both my parents have multiple degrees. My dad has a doctorate and is the interim president at Harris Stowe State University, while my mom is a minister. This isn’t to say we don’t economically struggle on occasion, or tha...

Missouri: The Show-Me State. One of these days it’s bound to start living up to its nickname, right? All I want is for someone to show me. Show me that we’re done taking what’s not ours from minorities. Show me that we’re not robbing marginalized cultures of their customs and practices, rarely acknowledging any historical context or the years and years of oppression they endured. Show me th... 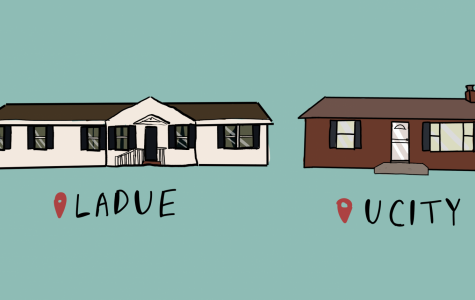 Kamina Love and her mother Betty practice urban farming to provide fresh food for themselves and their neighbors. They help provide the kids in the neighborhood with clothes for the winter. Love has also stood up against developers who try to buy out her neighbors. Love said they have seen the effects of an area that fell victim to redlining. “We only have one legitimate grocery store, they don’t give ... 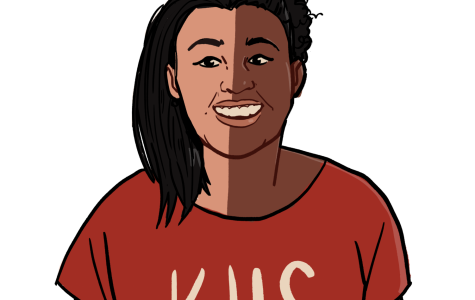 Mixed In: Life as a ‘Mixed’ Student at KHS

Ellie Francois plays field hockey for the school, wishes the DJ played better music at the Friendship Dance and, like most freshmen, said she is constantly trying to find a ride on weekend nights. Francois has been in the Kirkwood School District (KSD) since the beginning of sixth grade after moving from St. Louis’s Tower Grove South neighborhood and a St. Louis public school. “When I was ...