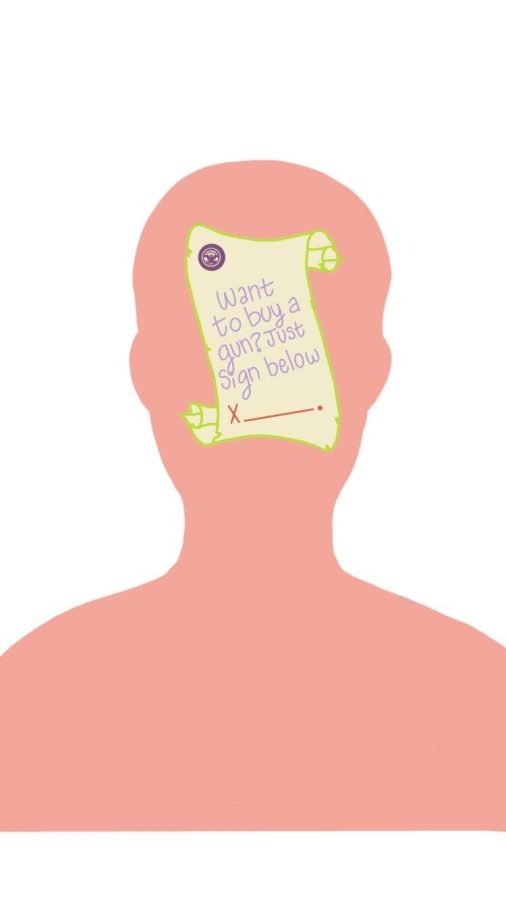 The U.S. is eighth out of 64 developed nations for homicides by guns, two American territories take the first and second place, according to Institute for Health Metrics and Evaluation.

The U.S. has the 28th highest gun violence rate in the world out of 195 countries. Easy access to firearms is one of the leading causes of gun violence, according to Amnesty International. Patrick Judge, retired supervisor of the violent crime unit in the U.S. attorney’s office, said in the last few years violent crime has been on the rise.

“Lack of education, job opportunities and accessibility to guns contribute to why there has been an increase in violent crimes,” Judge said. “People who shouldn’t have guns can access them.”

Buying a gun is something almost anyone can do in America, according to Vox. Dick’s Sporting Goods is one of many retailers in America that sells guns. They have stopped sales of firearms in over 440 different stores across the nation after the Parkland shooting that took place at Stoneman Douglas High School in Parkland, Florida.

“Dick’s specifically wanted to stop the sale of semi-automatic firearms because of how it was used [at the Parkland shooting],” Steve Peterson, a Dick’s Sporting Goods employee, said. “Everyone saw how much damage those weapons can cause so Dick’s wanted to be apart of the solution to stop events like that from happening again.”

The company started to take firearms and ammunition off their shelves in March 2019 to try and reduce the chances of mass shootings.

“[In Missouri] there is no waiting period to purchase a gun, so it is easy to get your hands on one,”  Peterson said. “There are no background checks for the private sale of firearms.”

The push for gun control has been a large topic in American politics in recent years. The March For Our Lives movement is working toward gun control and making guns less accessible. However, Judge said he doesn’t think there will be many changes with the accessibility of guns.

According to Judge, these laws often do not pass because some politicians are funded by different lobbyists who do not want gun restrictive laws passed. The National Rifle Association (NRA) is one of many groups who do not support gun control and fund different politicians to run for office with this agenda.

“A lot of states do not have [gun violence issues] like Wyoming, Idaho, [the Dakotas],” Judge said. “Violent crime isn’t very high but they are used to having guns for hunting. It is hard to get those senators on board because they don’t have any issues with guns.”

In 2017,  37% of all gun related deaths were homicides, according to Mental Health America. Judge said with advanced medical care, there is no accurate number for how many people are victims of gun violence because it is possible to get shot but live. These numbers for how many people die due to gun violence do not take into account if the person with the firearm misses.

“Sometimes a person can get to a point of no return,” Joe Fisch, KHS counselor, said. “So it is important to look for warning signs and to make sure you reach out to help before it is too late.”

In the U.S. 7.8% of all adults and 15.7% of all adolescents have had at least one major depressive episode. There is an increased risk of gun violence from alcohol and illicit drug use, having a history of violence, and physical or sexual abuse, according to the National Institute of Mental Health. If mental illnesses were extinguished gun violence would drop by 4%. The U.S. does not have a higher number of mental health issues when compared to other nations with similar economics but the U.S. does have a higher rate of gun violence and ownership, according to Mental Health America.

Judge said working toward a safer America is not something that can be done by the government on its own. It is a community effort that both private companies and the government need to contribute to.

“It is important to work together to find solutions to [gun violence] and one solution is to pay attention to places that are [at a higher risk],” Judge said. “You have to infuse these areas [in a guided way] that creates opportunity.”