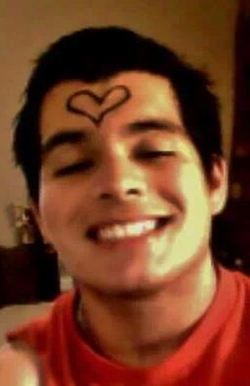 On Saturday, April 12, 2014, David Anthony Bland, a 2008 Kirkwood graduate, was struck and killed at the intersection of Manchester Road and Baxter Road in Winchester, MO at the age of 23.

During Bland’s time at KHS from 2004 – 2008, he helped start the Kirkwood Rugby Football Club. After graduating, he attended Mizzou. This May, he would have received his masters in Education and his teaching certificate. He had also been student teaching at Seckman High School in the Zoology and Biology departments in hopes of becoming a teacher. According to his sister, Pamela Bland, “I’m sure he would love if they [KHS teachers] were present at his funeral, seeing as they inspired him to become a teacher himself.”

He is survived by his parents, brother, Luis and his wife Rae Rodriguez, sister, Pamela Bland, two nephews, Nakai Rodriguez and Will Bellamy, niece, Isabella Rodriguez, and many other relatives and friends.