American voters (or the lack thereof) 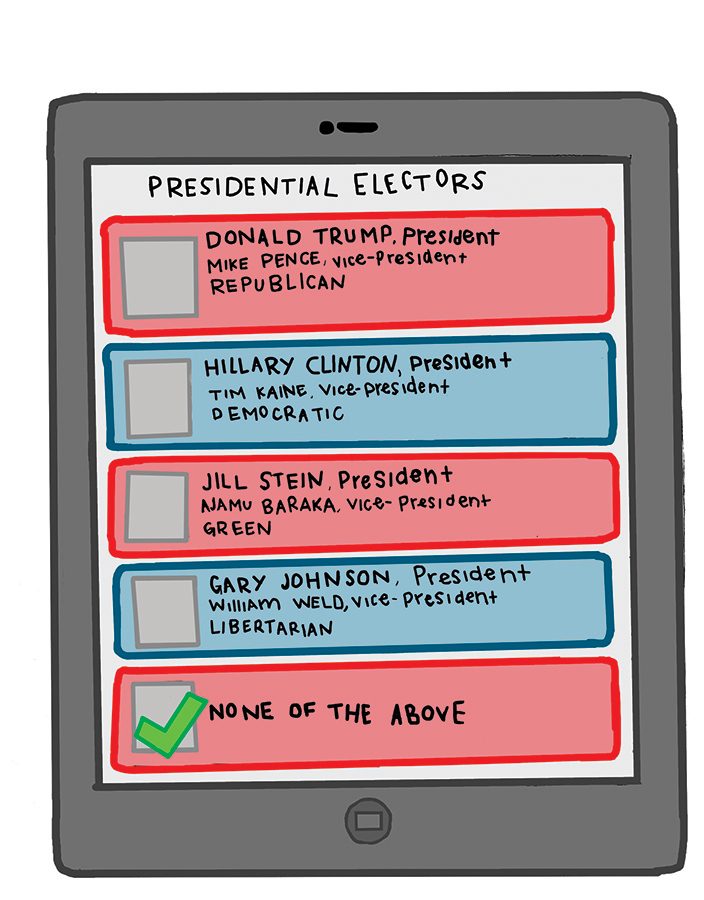 Dr. Colleen Rull, business teacher, loves politics. She loves talking about politics and being an active member in her community. She even served on the Wildwood City Council from 2012-2014. But she, along with a growing number of American citizens, have decided they will not partake in something many experts consider essential to our democracy; Dr. Colleen Rull is not going to vote.

Voting in presidential elections, at least in recent years, has hovered barely over 50 percent, even dropping below that in some demographics. The United States Elections Project recorded 62.2 percent of Americans voted in the 2008 presidential election, and the number fell to 58.6 percent in 2012. More than a third of the 320 million people in the U.S. chose not to cast a vote for a presidential candidate.

According to Rull, part of the reason Americans are withholding their votes is people sometimes have a hard time accepting the candidates given, especially in this election.

“My overarching reason for not voting is I don’t feel I can sleep at night with a clear conscience knowing I filled in the bubble for either one of those [candidates] on a ballot,” Rull said.

This deficit in the electorate is especially prevalent among younger voters. National Public Radio (NPR) found 46 percent of citizens aged 18-34 filled out a ballot in 2012. The Statistics Portal estimated the number would be around 47 percent this year. According to Maddie Raimondo, social studies teacher, young people share a feeling of dissent and frustration with the current political system.

“For [the younger generation], in general, there’s been this disgust with the establishment and lack of our government [working] together to get things done,” Raimondo said. “So [they] feel like the elections aren’t as important.”

Lucas Ravenscraft, AP U.S. Government and Politics teacher, said high school and college age voters do not have the same level of interest in politics as their elders. Raimondo attributes this to elected officials failing to urge young people to get involved in politics.

“When I think about myself in high school, I wasn’t very engaged, and I see the same thing with my students; some of them are very engaged, some are not,” Raimondo said. “The political candidates have to do a better job of showing 18, 19 and 20 year-olds why it’s important to be involved.”

Rull agrees voting is important, not just for young people, but for any American citizen. Politics has been, and still is, an important part of her life. She has voted in every election since she was 18 years old. And because she used to be a public official, she said she has struggled with her decision not to vote.

“To me, voting is not only a right that we have as American citizens, but it’s our duty to be involved with electing our officials,” Rull said. “That’s why it’s so heartbreaking to me that I’ve made this decision this time.”

Although Rull is planning to skip the polls come Nov. 8, she said she did not want to influence other’s beliefs based on her decision. She said it was important they make the choice for themselves based on what they want in our government.

Audrey Kelly, senior, does plan to vote. To her, politics are not only important in our society but interesting to learn and talk about. To her, voting is necessary for all citizens of the United States, especially for females, who gained the right to vote in 1919, less than a century ago. To her, voting is a privilege that should not be wasted.

“I would encourage [non-voters] to reconsider,” Kelly said. “I want them to understand it’s an important right we have. [Not voting] shows they don’t really care, not just about themselves, but about our country in general. So I think they should reconsider.”