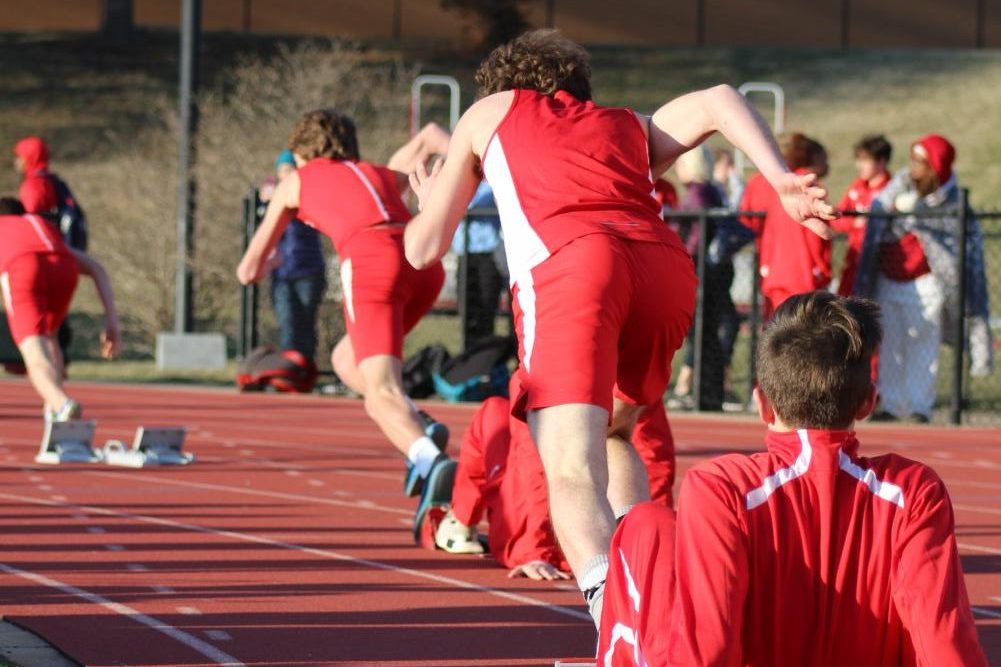 At the fire of a gun, athletes on the KHS boys track team begin one of the meets many races. (photo courtesy of Pioneer Yearbook)

At the fire of a gun, athletes on the KHS boys track team begin one of the meets many races.

After fitting in as much practice time as possible over the past weeks, the KHS track and field team will compete in its annual Red and White meet Thursday, March 14 at 4 p.m. on the field in Lyons Memorial Stadium. According to Roberta McWoods, head track coach, the meet’s only participants will be KHS students. She said it is set up to mimic the regulation meets which will take place after spring break, with the runners wearing their uniforms and and official starter coming to call the races.

“[The Red and White Meet] is mainly to help prepare our athletes mentally,” McWoods said. “It’s to get them in the mindset of what it’s like to compete, especially our new people.”

It’s definitely a confidence booster before the rest of the season.”

“I’m really hoping to learn how the meets work, how they go,” Klein said. “I’m also excited because, since it’s the first meet, there will be a lot of team bonding, which is always fun.”

Klein said the practices leading up to the meet have included alternating between speed and distance-focused workouts. The day before the meet, the team performed a more mellow workout to help them get set before their events.

Will Arbanas, sophomore, said this meet serves as a kind of pregame for the regular season. Arbanas is competing in the mile, 800 meter relay and the 800 meter. Although Arbanas is most excited for the mile, he said the meet should be able to give all athletes in any event a good baseline to work off of as the year unfolds.

“I’m mostly hoping to get solid times that will set me up well for the rest of the season,” Arbanas said. “It’s definitely a confidence booster.”