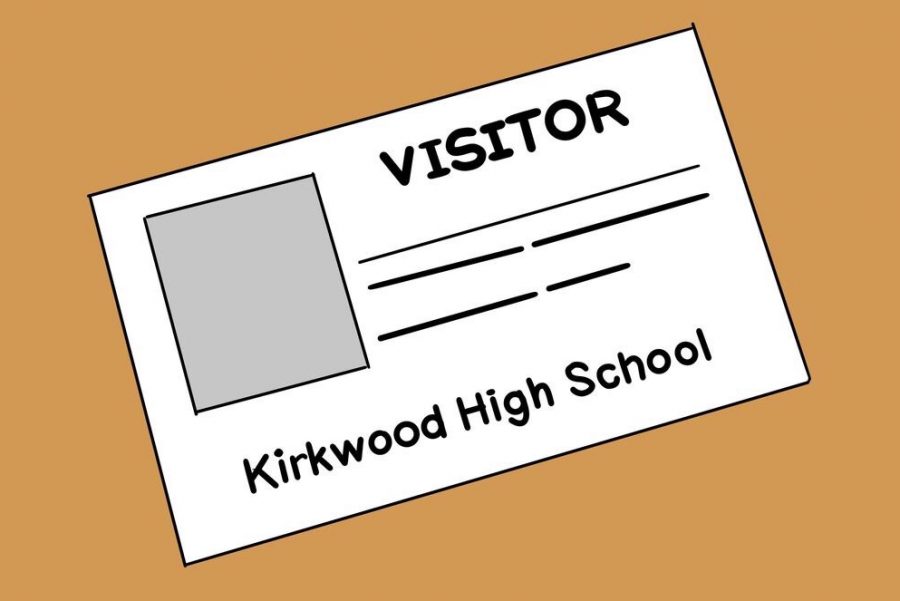 The system will now print an ID sticker with the destination of a visitor.

Starting last Tuesday, KSD implemented the Raptor Visitor Management System, which requires visitors to present a state issued ID. According to Dr. Michael Havener, KHS principal, it will mainly be a driver’s license, but other forms of identification such as a passport or a temporary ID are also acceptable. Havener said the addition to the visitor management system puts another line of safety into practice.

“We had no idea if there [were] any concerns because we didn’t really know the people coming in,” Havener said. “So the district — this isn’t a high school thing, this is a district thing — went to a new program.”

Previously, KSD visitors signed in by writing their name and destination into a book. Trading their keys as collateral for a plastic ID, they were allowed into the school. Jacqueline Ravenscraft, KHS executive secretary, is one of the people who regularly signs in visitors.

“They drop [their ID] in [the machine] and we have a computer set up that’s attached to it and a button that says ‘scan ID,’” Ravenscraft said. “It sucks that ID down, scans it and checks it against the database for people who are not supposed to be at school.”

“We’re moving forward and building our physical protection system, and this is just one of those pieces in it because any protection system is people, procedures, and equipment,” Smart said. “I know a lot of times people just look at [a] school as school, but we are a corporation, and what we sell is education. We have assets. [Students] are assets, staff [are] assets [and] this building is an asset.”

If a visitor is not approved to go into the school, Havener said that all administrators and walking counselors will get an alert. They will let the individual know that they are not allowed to enter the school.