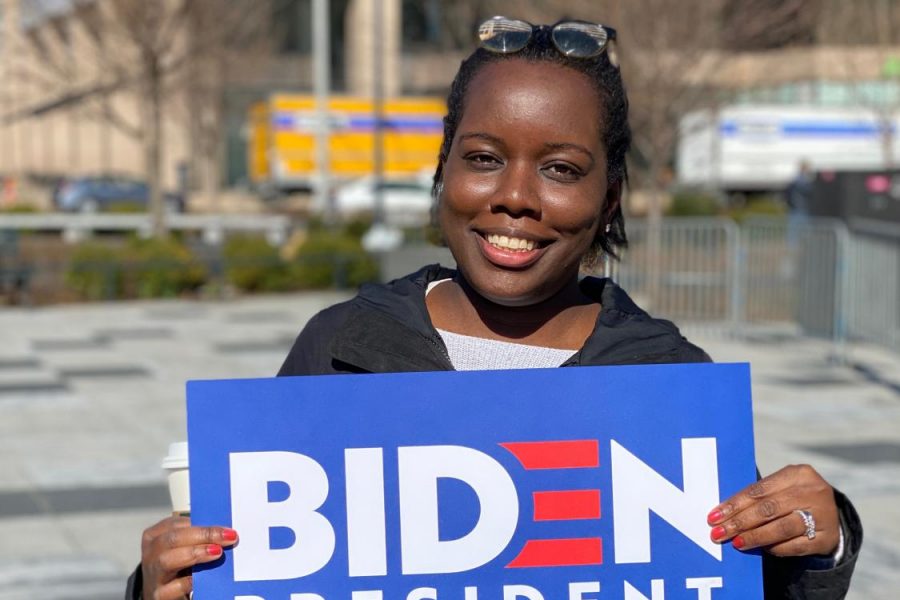 Tiffany Hamilton holds her Biden sign at his rally in downtown STL.

Tiffany Hamilton – Biden supporter
“I’m here today because I support Joe Biden and he’ll be our next president. I feel like he brings back the years before Trump, [and a sense of]  comfort. He’s genuine, he’s caring and he’s very experienced. I’m a more moderate voter and I’m hoping he can unite the democratic party, moderates and liberals, as well as Republicans. Today I want to hear a message of hope, unity, excitement, bringing our country back together and bringing stability again. I feel like we’ve been very unstable for the last few years, and it’s been scary. I think it’s important that everyone gets involved. A lot of people didn’t get involved in the 2016 election, or they were upset that their candidate didn’t win in the primary so they didn’t vote. It’s so important that people come out and actually vote this time because I think four more years of Trump would just end what the U.S. actually stands for.”