The Brain Issue: More than just a cautionary tale An outline of the photo kept on the dresser of Brett Radake that pictures him and Kevin Mullane.

On Brett Radake’s dresser, there’s a photo of his younger-self with an arm thrown around a smaller boy with glasses. Both of them are looking into the camera with goofy smiles on their faces and a house party is in full swing behind them. Brett has kept this photo with him for over a decade.

Under Brett’s arm is Kevin Mullane – Brett’s best friend since elementary school. The boys met at a summer camp where they quickly became friends. Soon after camp, the duo realized Kevin had moved just across the street from Radake.

“He was the funniest person that I have ever known in my entire life,” Brett said. “He’d have you rolling on the floor. I mean, he could light up a room. He was the best. Anyone who knew him would tell you the same.”

Brett and Kevin were inseparable. When Kevin wasn’t listening to music or writing, he was skateboarding with Brett or the duo watched movies in his family’s basement. To Brett and the rest of his friends, Kevin was hilarious and fun, and to his family, Kevin was bright and kind. His mother, Kathi Arbini, said he won Student of the Year as a senior at his high school. He was awarded this for being an overall kind and academically excellent student.

Heroin was the drug of choice for people in New York who slept in the streets. Our boy was not like that.”

He was suffering from Substance Abuse Disorder, using Xanax and heroin to alter his mind-state regularly.

“Heroin was the drug of choice for people in New York who slept in the streets,” Kathi said. “Our boy was not like that.”

Kathi and Brett watched Kevin grow from a boy into a man, but also had to watch him fall deeper into his addiction. They knew that Kevin had struggled with depression and Substance Abuse Disorder since he was 13. However, at the time of his death, Kevin was telling everyone he was fine and clean.

Kevin had a son, Braeden, when he was 21, and Brett became Braeden’s godfather. By the time Braeden was learning to crawl, Kevin passed away from a Xanax and heroin overdose.

“I always looked at him as my little brother,” Brett said. “I don’t remember him how he was at the end. I remember Kevin how he was. [His addiction] didn’t define him, it was just a bad choice that he made. I’m glad we have Braden now because Braeden is a spitting image of him.”

Kathi was devastated when her son died. She found comfort when she started to work as a Family Support counselor at Missouri Network for Opiate Reform & Recovery. Now she fights to help other parents avoid what her family went through.

“I’m a father now,” Brett said. “I can’t imagine losing my kid. Kathi found something that she’s passionate about, and she’s helping people. I’m proud of her.”

I always looked at him as my little brother.”

Kathi made a home with her organization, and her home is one of many groups that lobbies in Jefferson City for better treatment of those suffering from Substance Abuse Disorder and how laws handle addiction recovery. Kathi said Braeden and her work are bright spots in her life.

“I worry about [Braeden,]” Kathi said. “He’s just like his dad, he’s happy, he has lots of friends, he’s talented. His dad was an addict. It just scares me.”

Gallery|6 Photos
Emma Lingo
This is a KHS Specific statistic depicting what percentage of the student body knows someone who is struggling or has struggled with addiction. 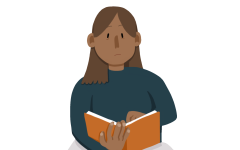 The depiction of addiction 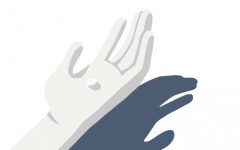