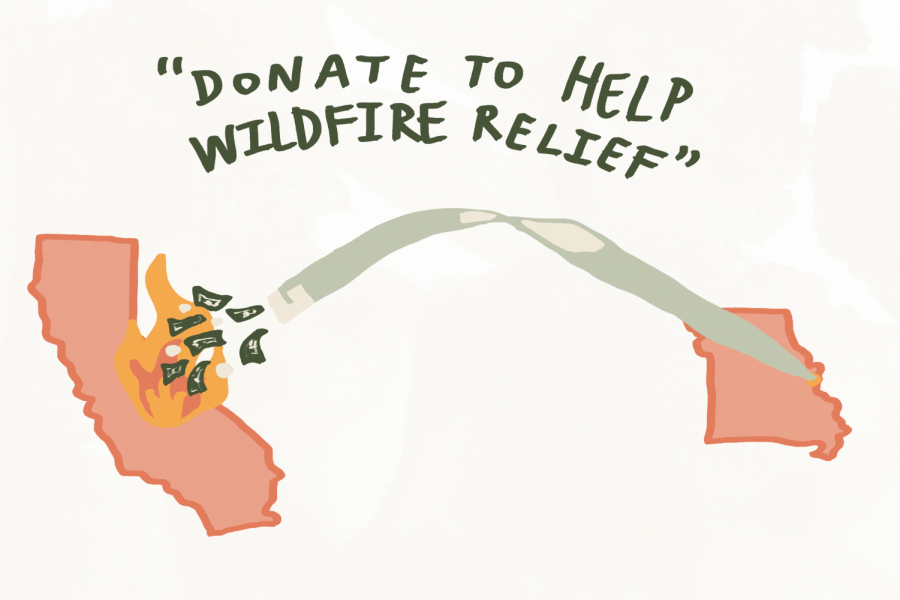 Student Council has spent the last three weeks collecting donations at their talent show, visiting homerooms and advertising, before finally concluding their annual disaster relief fundraiser last Thursday, Nov 14. This year’s funds will be donated to the Red Cross to help Californian wildfire relief efforts. Julia Smotkin, senior and STUCO president, said they chose this topic because it was a relevant and significant issue.

“These people have been impacted by the wildfires,” Smotkin said. “Everything in their lives has been destroyed. People are rebuilding their lives completely and that’s something that we can really be sympathetic to.”

The club finds most of its success in the fundraisers due to its size and number or participants. STUCO has officers from each grade level, who work together to make fundraisers and other events happen, according to Natalie Kaufmann, club sponsor.

“[Student Council is] able to pull from all grade levels,” Kaufmann said. “They’re class representatives and they are supposed to put themselves out there and give back to the community. I think we’re fulfilling the platform of what we are as an organization.”

The results of the fundraiser impacted both disaster victims and STUCO representatives, according to Grace Johnson, freshman. She said she enjoyed her first fundraiser with Student Council because it’s a good platform to make a difference due to its abundant resources.

“I really liked this fundraiser,” Johnson said. “I thought it was a good cause and I was motivated by STUCO to help out as much as possible.”

Thought Student Council is finished collecting funds for this year, anyone willing to make a donation can stop by Kaufmann’s room, E-188 until Tuesday, Nov 26.