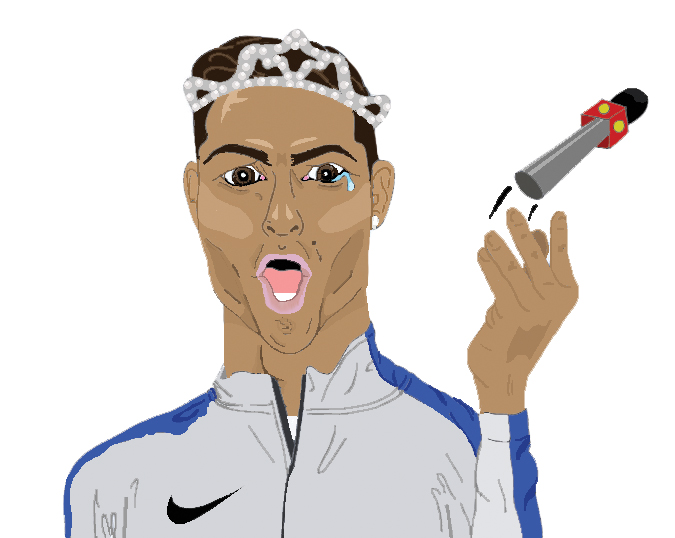 America likes drama. The exciting, emotional and unexpected events that happen in other people’s lives seem to captivate us. Most sports are able to entertain millions of fans. Yet, soccer has always seemed to bore audiences. From long games to few goals, many Americans are disinterested soccer. Not much can help the sport become a fan favorite in the United States, but maybe a missed penalty and a wet microphone can.

In the past few months, two of the world’s most famous soccer tournaments took place: the UEFA European Championships and the Copa America Centenario. Some of the greatest players challenged each other for a taste of glory. However, it wasn’t the amazing goals and beautiful assists that caught the average U.S. viewers’ attention; it was the drama.

There were no major player injuries or recent arrests triggering the American soccer audience. It was the delirious story lines, which made more sense for a reality show then ESPN, which prompted such an occurrence.

Argentinian soccer star, Lionel Messi, decided to retire from international soccer after he missed a penalty in the Copa America final. Instead of retiring in his mid-to-late 30s like the average professional soccer player, Messi decided to retire several years early. Even though he is only 29 years old, Messi retired because he still hasn’t won a major international tournament, after losing his fourth in a row to Chile back in June. Messi said it was the thing he wanted most, but since he couldn’t get it, his Argentinian career might be over.

That’s like Stephen Curry quitting basketball because he missed a couple of threes in the NBA Finals. Messi is essentially giving up his entire international career because he didn’t get what he wanted.

Similar to Messi, Portuguese playmaker Cristiano Ronaldo has made headlines for being a drama queen. During this year’s European Championship, Ronaldo was asked if he was ready for Portugal’s game versus Hungary. Ronaldo, who was frustrated with his country’s result in their last match, responded by throwing the reporter’s microphone into a nearby lake.

These players’ actions seem like they belong more in The Big Brother House than a soccer field. I felt like I was watching Keeping Up With the Kardashians with the way these players were acting. Despite the absurdity, the more drama these superstars start, the more attention is brought to them. Maybe the average viewer isn’t interested in the amazing goals but instead what happens after the game. Who knows, maybe another lost final and a damp microphone could lead to soccer finally securing a spot as one of the top sports in the U.S.