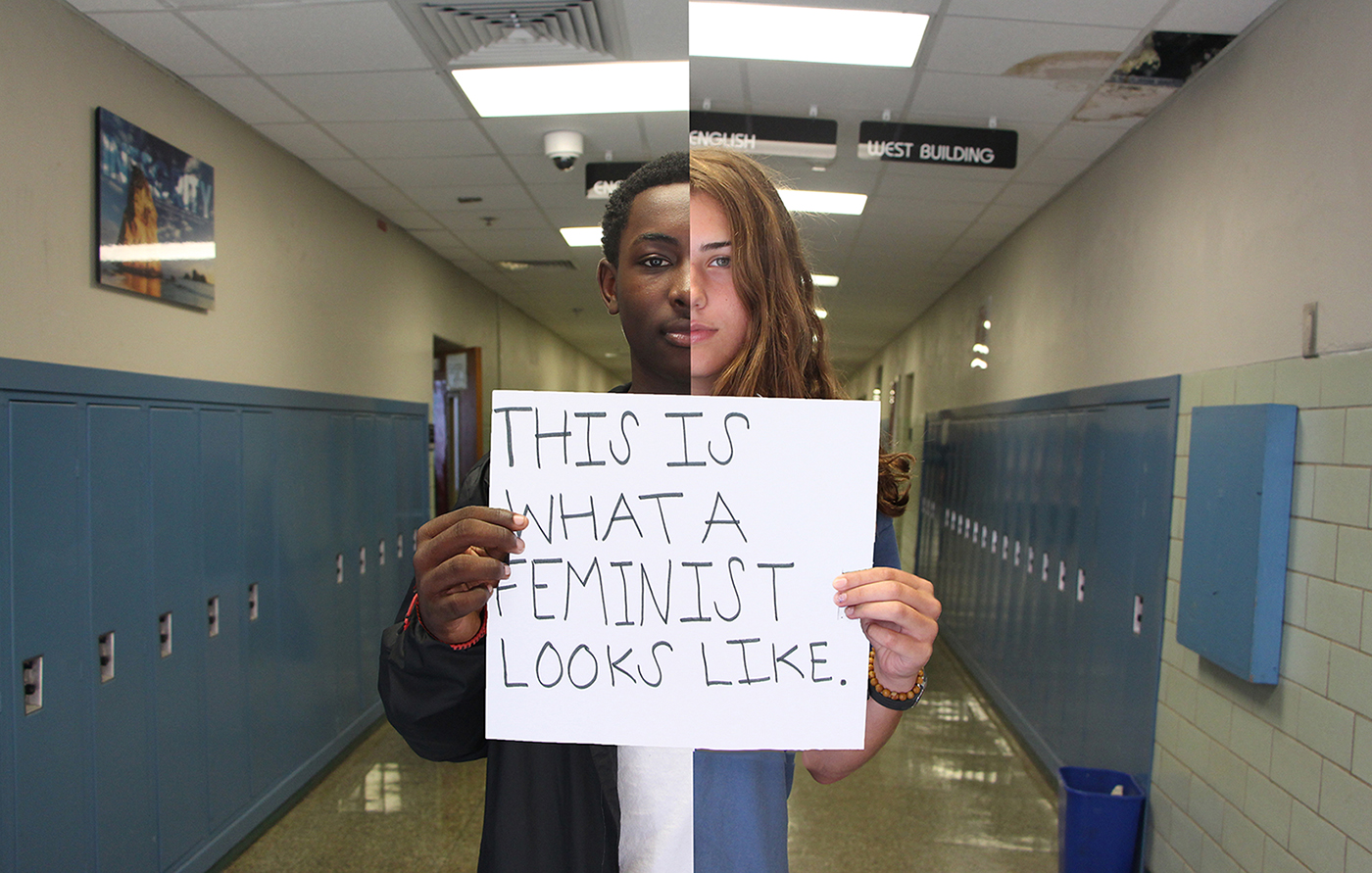 I am male. I am white. I am straight. I am a feminist. And you should be too.

Feminism, or the advocacy of women’s rights on the grounds of social and economic equality to men, is nothing more than women wanting the same rights as their brothers, fathers and husbands. However, some people are scared of the word ‘feminism’ because of the misconception that feminists believe women are superior to men. But that’s not true. The majority of feminists are men and women working to end major problems such as the wage gap and the deprivation of women’s rights in third world countries. Yet sadly in today’s society, there is still a vast group of people who treat women’s rights like a joke. And that needs to change.

For this to happen, everyone must recognize why feminism is such an important cause. A lot of times, women have personal experiences when they felt oppressed because of their gender, which allows them to connect with the principles of feminism. But men typically struggle to comprehend their gender advantages and don’t realize the luxuries women don’t have. This leads to male insensitivity about the subject and the thought that feminism doesn’t apply to them.

However, the fundamental belief of feminism is to create equal rights for all, which is why all men should consider themselves feminists. If women are to conquer this problem, men must be part of the solution. Men might even bear more of the responsibility because they are the ones who currently hold the power.

Don’t get me wrong, I still have the tendency to neglect feminism, it’s human nature. But as I started to research this topic, Dr. Amy Barker, English teacher, taught me something important: if you have a mother, a sister or any woman in your life who you love, you should be a feminist, because they deserve to be treated the same as anyone else. I realized when I laugh at jokes about feminists behind closed doors I’m no better than anyone who has ever oppressed a woman. When I act this way I keep myself from forming original opinions on disputed subjects. I keep myself from standing up for my intelligent sisters who do not have the same opportunities as me because of their gender. And that’s not okay, because the more we ignore the seriousness of this topic, the bigger the problem gets.

I know the next time one of my friends makes a joke about feminism or women’s rights, I will think about my mom, sister, grandma and friends and I will stand up for them. I will tell them women’s rights are not a joke. Gender inequality cannot be solved until everyone of all genders, races and sexual orientations are supporting the feminist movement.