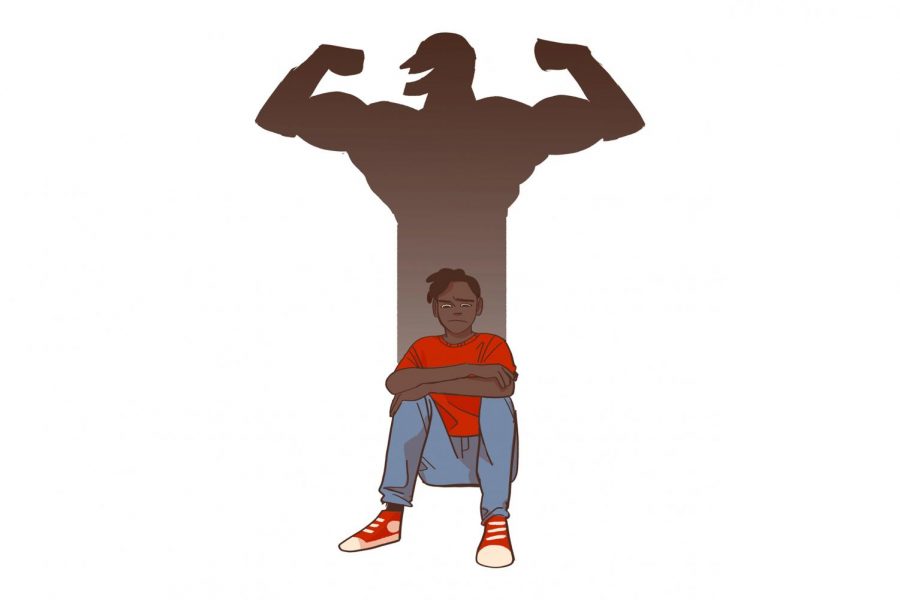 Toxic masculinity is about social constructs – the idea embedded in our culture that masculinity should be defined as strength.

This phrase has been thrown around aimlessly for ages. Even as a teenage girl, I’ve heard these words directed at boys and men around me countless times. “Boys don’t cry,” along with “Man up,” are sayings that everyone has heard, but what do they even mean? What does “being a man” truly suggest?

2020 has been a year where, thankfully, many social issues have gained prominence and been addressed. We’re in a time when topics like sexual harassment, women’s rights and sexual orientation are being more vocalized than in the past. Among these substantial issues is the term “toxic masculinity.” This term is used frequently today, but many misinterpret what it truly means, which contrary to popular belief, doesn’t mean that masculinity itself is toxic.

Toxic masculinity is about social constructs – the idea embedded in our culture that masculinity should be defined as strength. That “real men” cannot be involved with what society deems feminine (like fashion, makeup, long hair, painted nails, jewelry, etc.) without seeming weak. That expressing your emotions makes you fragile. That violence is a method for establishing power and that you have to be a “tough-guy” 24/7.

For those who are not familiar with this concept, you may have witnessed common examples of behaviors connected to toxic masculinity without even knowing it. Men who act aggressive and dominant, who avoid displaying emotion, who refuse to do chores around the house and be the caregiver of their children because it’s not “manly” are all instances. Other examples include men who are disgusted by homosexuality because it’s not “man-like” or are not supporters of feminism because “men are superior.” Even though toxic masculinity is being brought up in many discussions nowadays (take Promundo for example; an organization that helps men express masculinity in healthier ways), it is still a very pressing and harmful ideology to boys, men and society.

According to the Pan American Health Organization (PAHO), “1 in 5 men will not reach the age of 50 in the Americas, due to issues relating to toxic masculinity.” This report stated the specific deaths that toxic masculinity contributed to; homicide, suicide, addiction, car accidents and diseases. This proves the expectations put on men by society (such as participating in risky behaviors, being providers for their families, having pride so they don’t seek out help, etc.) are dangerous and quite literally life-threatening.

All throughout history, genders have been put into boxes. Think of these boxes as how society classifies women and men: they are very harmful, for they limit each gender to societal norms and expectations. Instead of simply acting and feeling the way they want, people are pressured to fit into their box because it’s “normal.” According to Psychology Today, living with strict masculine views can lead to numerous negative impacts like substance abuse, greater depression and anxiety, violence (such as abuse and sexual assault) and larger health risks (such as high blood pressure). That’s where toxic masculinity stems from – the pressures from society to put yourself in a cage.

In a world where toxic masculinity is such a widespread issue, it can seem at times that there is no hope in improving our society — but that is untrue. When dismantling toxic masculinity, education is key. Learning about what this concept is and how it harms you and others will help tremendously. Ideas that are ingrained from a young age can be challenging to break as you get older, so educating children and encouraging them to be themselves is vital. All people, regardless of gender, can make a difference by speaking out and spreading awareness. Additionally, positive male role models can make an impact on how others view masculinity. Whether it’s a celebrity, friend or relative, having someone you look up to who fights toxic masculinity can make all the difference. With all of these stereotypes and expectations weighing down on boys and men, breaking the social norm is crucial. Remember, there isn’t only one way to be a man.