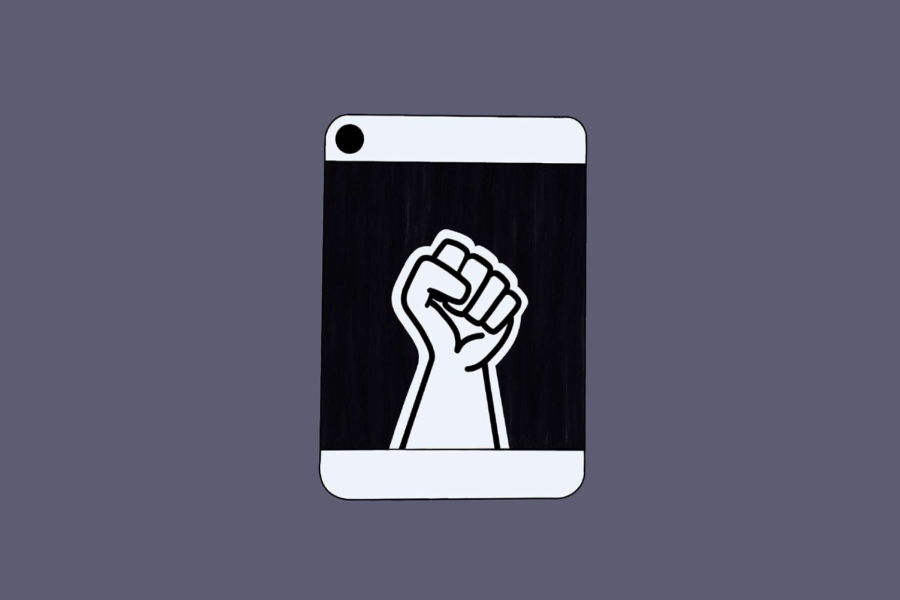 White people must continue to fight the comfort of their silence.

The dangerous power of white fatigue in the fight for racial justice, specifically through the fluctuating use of social media, goes beyond a yes or no question, and we wanted our process and editorial to reflect that. Due to this staff editorial’s topic, the author concluded a vote on a two-sided question could not sufficiently express the publication’s position. Instead, through class discussion, staffers offered solutions to the issue at hand. TKC also wants to note that the author of this piece is white, and the use of “white people” includes them in this call to action. However, this editorial speaks for the publication, which is who the author is referring to when using “we.”

Last year, TKC voted with a large majority that “cancel culture” — public humiliation surrounding an offensive action, comment or opinion — was counterproductive. Yet, in light of the social media activity regarding the murder of George Floyd by a police officer in May 2020 (among other innocent Black people murdered by the police), cancel culture seems to dominate every online decision. This summer, rather, it was the lack of action, comment or opinion prompting cancellation; white people who chose to stay silent on social media were called out and shamed. However, this “calling out” didn’t last long, and even by early fall, Instagram feeds, Twitter timelines and cable news coverage seemed to have returned to “normal.”

There are two issues here. The first is the decrease in conversations about racial justice in white circles. The second is social media’s role in these conversations. Both of these points circle back to the role white people have in the Black Lives Matter movement. In our staff discussion, the overwhelming opinion was that white people keep failing to continue the momentum of BLM. Using social media walks a fine line between genuinely contributing to the movement and joining a trend in order to not be canceled.

Dr. Janet Helms, a renowned American psychologist who studies ethnic minority issues, developed six stages of White Racial Identity Development. The first phase is when white people are oblivious of racial issues; the second is a realization that these issues exist; the third phase, called reintegration, is when white people “attempt to return to their state of oblivion.” This is commonly known as white fatigue, and with the use of social media, this issue has become even more dangerous.

Studies prove that social media use surrounding BLM spikes after an event like the murder of Michael Brown in Ferguson, MO, in 2014, or the murder of Freddie Gray in Baltimore in 2015. Hashtags go viral, pastel infographics are reposted, and petitions circle. As white society moves on from the fresh horror of such events, so does social media. Selfies are more common than hashtags, infographics are replaced with memes, and VSCO links reappear in petitions’ place.

The responsibility to carry the conversation, to progress, should lie anywhere but on Black people’s shoulders. Racial injustice is their day to day reality, and only when white people decide to join the fight is it tolerable for the privileged world. White people, when advocates of the movement, are more effective amongst themselves than Black people or people of color, as people tend to feel more comfortable listening to someone who looks similar to them. But their “joining in” rarely moves beyond the online world. How do white people finally move past the third phase? How do they reach the sixth step of actively participating in anti-racist work and acknowledging their role as a white person with the privilege to “join in?”

There is no one right answer and no one solution that will fix it all. The word “conversation” prevails in these solutions, which doesn’t seem to carry much weight, but the most basic work in anti-racist work is conversation — and how white people hold them. It’s white people’s job to listen when Black people are speaking, and in turn, speak to their white audiences.

In conversations like these, it’s important to be educated on the broad topic of racial justice, but one key part in this equation is where white people get this information. Black educators hold symposiums, workshops and discussions — participate and pay for them. Buy Black authors’ books (and not just on topics of race). White people need to do their own research rather than turning to the first Black person they see and asking them to explain their oppression. Black people do not owe their oppressor their time or energy for a nice packaged version of “Racism for Dummies.”

In terms of social media as an educational tool, the resources and possibilities are endless, which is exactly why it can turn south. On one hand, it’s easy access: we can share information publicly in three taps or less, and we can gain new information about any topic from professionals almost instantly. But when that share or like becomes performative — only done to show everyone you’re on the “right side” — social media loses those benefits. A black square, from when white people across the world posted in solidarity with BLM in June, isn’t enough. It’s just a post on Instagram. This sharing, following and liking needs to be the cherry on top of a sundae full of other anti-racist actions. Paying Black people reparations. Signing petitions. Attending marches. Feeling uncomfortable as a white person when talking about race.

White people must learn to sit with the discomfort. That is the end-all, be-all solution.

And the bigger question is how that happens.