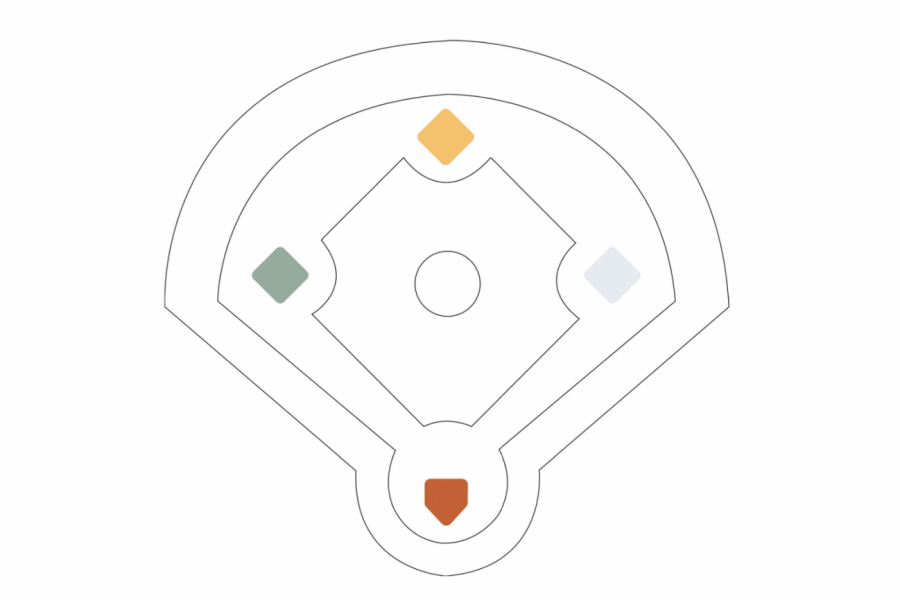 While the costs of running the bases seem to outweigh the benefits, condemning casual sex isn't the answer.

Our society is saturated with sex. On TV, in our magazines and even in our own conversations, it has a fixed place in our culture. Sometimes sexual activity comes during a long-term relationship, sometimes it happens as a result of an hour-long Snapchat conversation, and sometimes it’s because of a situation in between. While high school students are sometimes alienated for being sexually active, TKC wanted to recognize that “hooking up” is happening whether we like it or not. When asked to compare the pros and cons of hooking up, 58% (38/65) agree that the negative effects outweigh the positive.

The player stands at home plate, bat ready. Here comes the pitch, hard and fast, and it connects with their wood almost perfectly. A sharp crack through the air and they’re running, legs pumping to round first base. The crowd screams with pleasure as the ball flies into the stands. The player holds their fist in the air victoriously, coming quickly back to home plate with a home run. However, we’re not talking about baseball here. We’re talking about sex.

The metaphor of the baseball diamond is commonly used to reference ‘bases’ of hooking up, even though each stop’s definition is a bit murky. This is part of what makes hookup culture so controversial: who did what with whom? No one really knows unless more information is given, and either way one can expect the almost inevitable judgment that follows. Due to the sometimes damaging social tolls a hookup can bring, 58% (38/65) of TKC staffers believe the costs of a meaningless night outweigh the benefits.

To understand these pros and cons, we must first look at what “hooking up” can entail. In TKC’s discussion, some defined it as just kissing, while others said it had to go further. There are strong opinions that hooking up is only third base, with disputing ones saying it only counts if it “went in.” So what point on the diamond qualifies?

The fact is, there are different definitions everywhere, and that seems to be the goal. No one can nail down exactly what the phrase means, so when we tell our friends, our mom or our lab partner that we hooked up last night, they don’t have the ability to judge us on the details.

In a study done by The Journal of Sex Research, a survey collected responses regarding the negative impacts felt by college students after hooking up. Some of the most common ones were the hookup negatively impacting the student’s reputation; being judged or teased by classmates; embarrassment concerning performance; tension between a former friend or acquaintance (who is a common hookup partner); and contracting sexually transmitted diseases.

In a different study by The Journal of Sexual Health, researchers gathered responses on the positive aspects of hooking up. Common answers were increased confidence; clarification of feelings; social enhancement; meeting sexual needs without commitment; feeling wanted and desired; and learning about what one likes (or doesn’t like) in bed.

It’s easy to recognize the key differences between these consequences. Most of the negative aspects of hooking up revolve around one’s social standing: their reputation, teasing, others knowing too much. On the other hand, the positives seem to focus more on the narrative either between the parties hooking up, or even within the individual: confidence, satisfied physical needs and wants, increased awareness. So the costs are external, but the benefits are intrapersonal.

While TKC holds that the costs outweigh the benefits, that doesn’t mean that hooking up is “bad.” It’s how we go about discussing the subject with our peers. We are in control of most of the costs — we can refrain from judgment, disassociate hooking up with “low” behavior and create a more accepting environment for people’s experiences.

Moreover, condemning casual hookups doesn’t just impact reputation and self-esteem. According to the National Center of Health Statistics, the percentage of never-married males and females aged 15-19 who have had sexual intercourse has steadily decreased since the 80s. Now, this data set explicitly pertains to sex between a man and a woman — on our baseball diamond, known as a homerun — so discludes the other bases as well as sexual activity between non-straight people. This survey brings up two pertinent issues: First, why young people are having less sex; Second, gathering data on hooking up truly is faulty, since researchers don’t seem to adhere to one definition of the deed.

The first issue is said to be linked to young people’s willingness to marry — according to Pew Research Center, millennials are getting married at much older ages than other generations. So while the CDC says young people are less sexually active than other generations, we might just have more awareness on where these stringent rules of hookup culture lead: If we aren’t willing to experiment and increase our confidence, we run the risk of settling down in a relationship too quickly. This issue goes hand in hand with shaming sex and experimentation.

As for the second issue, the fact that young people aren’t sexually active is all across the board in terms of truthfulness. In a doctorate study from a professor at St. John Fisher College, she found that 62% of the respondents (age 18-24) had prior hookup experiences. This data is reflected in a multitude of studies, including the dating site Match.com’s yearly national survey. Match reported that most young respondents reported having sex seven days prior to the survey.

So, which is it? Ultimately, the actual number of batters in the dugout doesn’t matter. What does matter is how we all approach the subject. Obviously, hooking up has damaging effects on the participants, but that doesn’t mean we shouldn’t hook up. It means we shouldn’t let the mean little voice in our heads speak first, but rather we should let the positive, proactive and healthy voice be heard instead. We need to view casual sex differently, talk about it differently and do it differently — maybe even do it more.