The rats of KHS 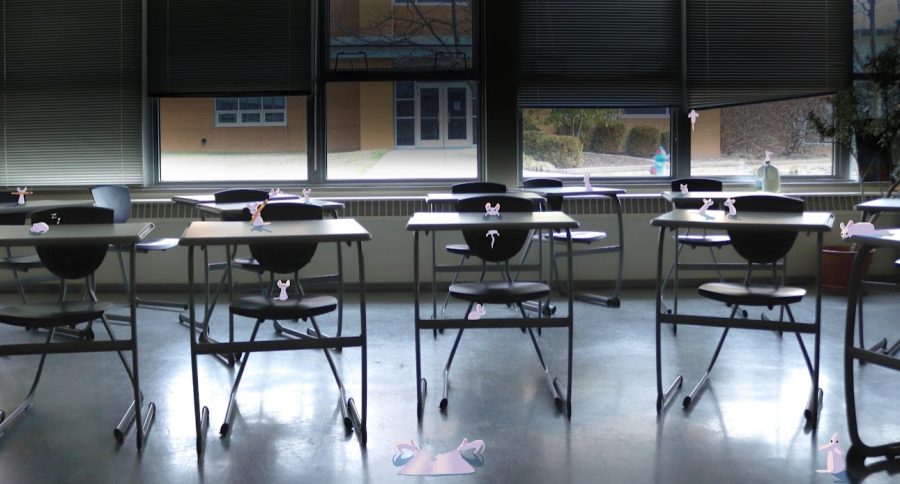 *This piece is entirely satirical

KHS has been full of little rodents, and no, I’m not talking about the students. The invasion has been a hot hallway topic. Our furry friends are attending more classes than seniors. Hallways have been filled with small bits of torn up tissue paper, and tiny crumbs could be found in random places, leaving a pleasant surprise for students and staff.

That’s right, you guessed it. Mice. Teachers have found remnants left by the rodents scattered throughout their classrooms. They’ll get into anything and everything they can, from tissues to stickers. The rodents have gotten so comfortable we might as well be calling ourselves the “KHS Zoo.”

These mouse sightings haven’t just started this year. Teachers have been spotting these little rodents dating all the way back to pre-COVID times. Screams can be heard coming from the end of the West Hallway, alerting yet another tenant. Even with all efforts taken, these pesky rodents have still continued to creep back in during the winter months.

“The first sighting was two years ago, before the pandemic,” Dr. Donna Canan, KHS English teacher, said. “It was after school, we were all sitting around in a circle and it came out of my closet. It jumped down, and came behind my bookcase. I screamed to the top of my lungs.”

The mice haven’t only been tormenting Canan, but Dr. Amy Barker, KHS English teacher, just next door. When Barker opened the drawer to her desk, everything had been destroyed.

“The Kleenex had been shredded,” Barker said. “It was a drawer full of confetti, and there was poo everywhere. I shrieked, because what else would you do?”

After clearing everything out of her drawers, Barker moved all her teaching supplies into Target bags to decrease the amount of mice feces she found in her room. While the rodent sightings have been fewer after this change, it’s not the most efficient organization tactic. While her drawers were now safe, her closet was acting as a fully functioning apartment building for mice.

“There was probably half a centimeter deep of poo in the duct tape,” Barker said. “I got the duct tape to use, and it was inside, so I didn’t see it until I picked it up, and I was like ‘WWAAAAGGGHHH.’ Thankfully there was no one else in the room.”

Teachers are having to scramble around for teaching supplies and hold back screams during presentations. By simply keeping teaching supplies in drawers, we’re offering a home, free of charge, to all of these rodents.

“A student needed a Band-Aid yesterday,” Barker said. “I have bandaids, and they’re in the Target bag, but God knows where.”

With mice running around and classrooms in disarray, these rodents are causing problems left and right. Whether they’re causing disruptions during class and providing jump scares, or causing teachers to lose their supplies, it’s caused an uproar of chaos.

“I’m sorry that it’s so cold [outside] for the mice, but a building is not a healthy place for them to live,” Barker said. “They can make their own houses.”

Although I know we all love animals, that doesn’t mean we need to bring the zoo to us. The last thing KHS students want is to be tripping over mice on our way to English.

“I like to think I love all the creatures of the earth,” Barker said. “But I’ve realized I love them more when they’re in their own settings, not when they surprise me.”

I know it pains us to see these homeless mice, but I’m afraid sharing the drawers of an English classroom is not the solution. This problem has not gone unnoticed by the district, and measures have been put in place to stop the mice from intruding.

Students may have seen silver boxes sitting around the school near entrance and exit points in an attempt to catch the mice.

“We have an outside company that the district contracts with,” KHS Principal Dr. Mike Havener said. “They come in and set traps.”

Barker has seen this work in action and said, “The district folks have come by several times, they’ve put traps in the room, and they tell me it just takes time.” But this then poses the question, exactly how long?

“The mice go in there, they eat, they leave, and then they die,” Havener said. “I don’t know how long that takes, but that’s how we kill the family of mice.”

While the mice are moving in and out each year like clockwork, we have managed to hold our place as the cat who chases the mice.