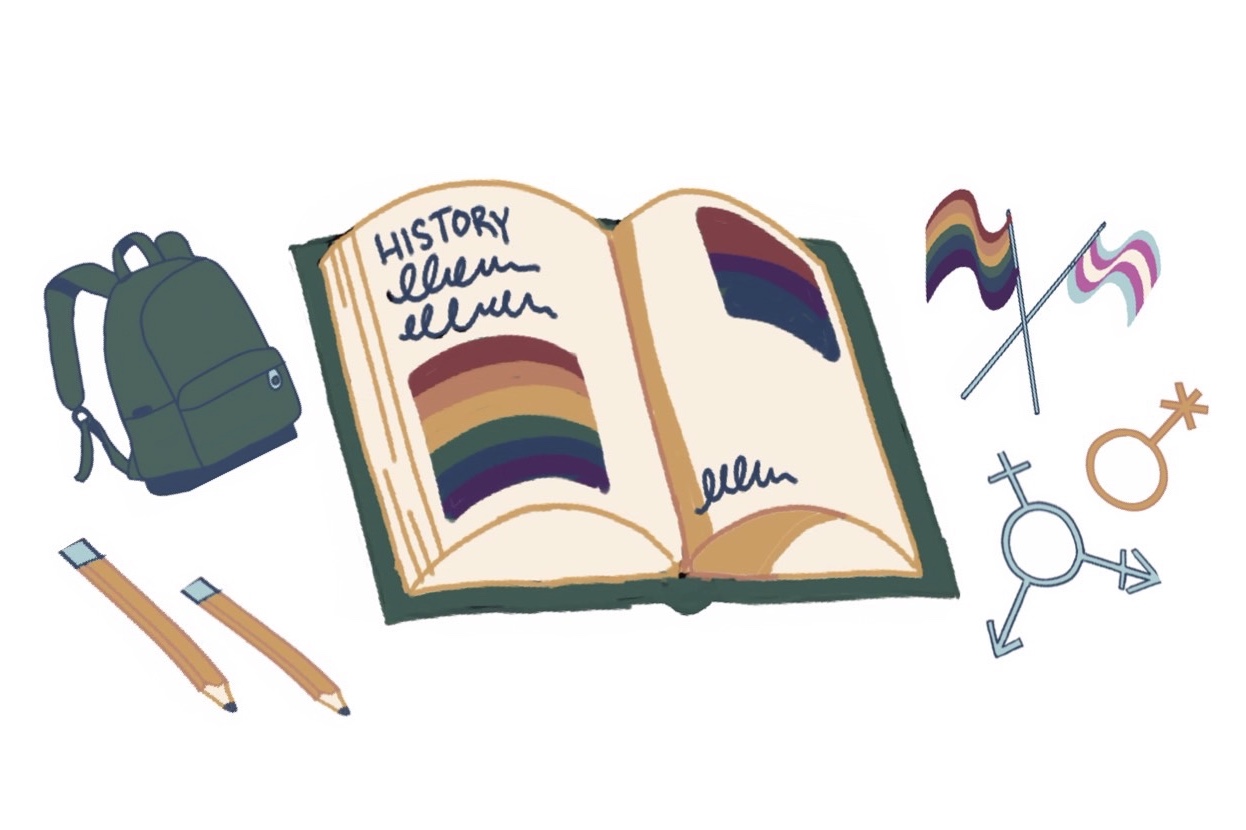 As an established community, LGBTQ+ studies deserve to be included for a non-discriminatory education.  (Merry Schlarman)

As an established community, LGBTQ+ studies deserve to be included for a non-discriminatory education.

The LGBTQ+ community is an established and significant group of people, yet a typical education often excludes any study of their history or contributions to society. As of 2019, four states have passed legislation requiring LGBTQ+ curriculum to be taught in public schools. While the issue is controversial, change must be made. 93% (73/79) of TKC staff believes LGBTQ+ curriculum should have a place in the classroom.

Overlooked, ignored, excluded. Imagine going through years of school and never learning about yourself. This is the reality for LGBTQ+ students throughout the United States. As an established community, LGBTQ+ studies deserve to be included for a non-discriminatory education.

On Aug. 9, Illinois passed legislation requiring that “in public schools only, the teaching of history shall include a study of the roles and contributions of lesbian, gay, bisexual and transgender people in the history of this country.” The bill followed similar additions to state law in Calif., Colo. and N.J., which were each passed in the last decade and require integration of LGBTQ+ curriculum in public schools.