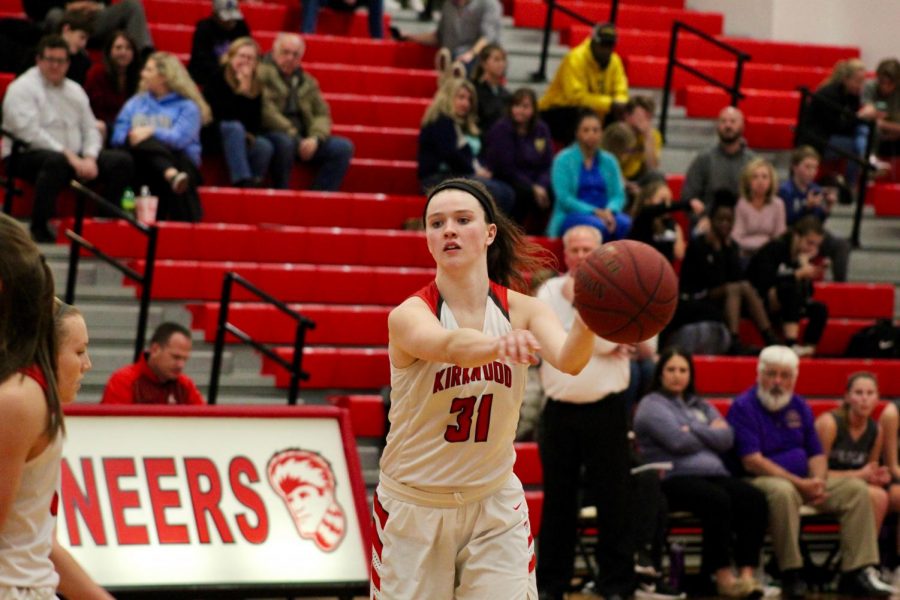 Abby Ludbrook, senior, passes the ball to her teammate.

Kirkwood varsity girls’ basketball had a game against Eureka Wednesday Dec. 11. They won with a score of 56 to 42 and their next game will be against Webster this Friday, Dec. 14. “We look like a completely different team [than last year],” Olivia Giardino, junior, said. “We lost seven seniors, which is a lot so a lot of younger people had to step up. I think going into [the season], we all kind of doubted ourselves. Even as a team, we didn’t think we’d be able to live up. Now that we’re 5-0 it gives people a little bit more pressure. We’re also a little bit more scouted than teams would expect us to be. There’s definitely some pressure now that we’ve played our first five games pretty well.”