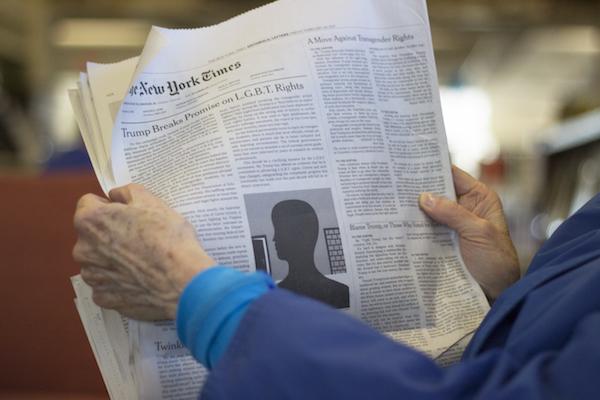 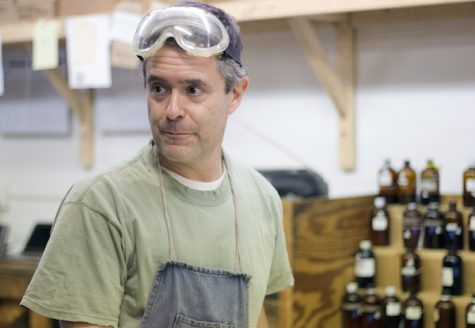 What’s your favorite part about working [at Sammy Soaps]?

“My favorite part is that we get to meet all of the customers, and you get to come back here and see everything.”

“Sam is Karen’s [the owner’s] son. [Sammy Soaps] is named after Sam, and we employ adults with disabilities. Sam helps here, and we all share the different workloads, the different things we can do. We’ve made [all the soap] here in the back.”

Did you grow up in Kirkwood?

“No, I grew up near Boston, MA. Everyone here asks you where you went to high school, but when I came here, my answer was Acton-Boxborough Regional High School.

When I was a senior, I applied to go to college and I applied to the Washington University Engineering School here in St. Louis and I got accepted. I just applied, I didn’t get any help from my teachers or anything. I just went off my record. Then, when I graduated from high school, after a couple months, I came down here with my 10 speed, a bicycle that has 10 speeds and turn down handlebars, since I didn’t have a car. I came down with my suitcases, a few boxes, some clothes. And then I was here and I was going to [Washington University] and I stayed here. St. Louis is a wonderful city. It’s very different from Boston. We say the people are colder on the East coast, but they are cold on the outside and warm on the inside; whereas, down here, everybody is warm on the outside, too. I stayed here, and we started this soap company. I prefer living here.” 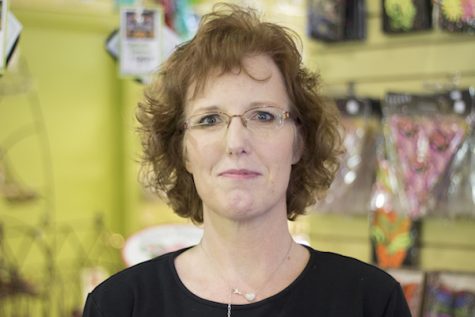 What’s your favorite part about living in Kirkwood?

“It’s kind of fun because it’s almost like its own little town. You’ve got a little bit of everything. You’re not far from grocery stores and you’ve got some great restaurants and some great little shops. Everybody always seems to be in a good mood. We’ve had some tragedy, but everyone just goes on. The train is fun; my dad takes the train from Kansas City for Thanksgiving every year. It’s convenient to my work, and I’m five minutes away from my home. It’s really a sweet place to live.”

“My best memory is getting married. I got married at St. Peter’s. That’s probably my best memory [going to church with my husband]. We would’ve been married almost four years, but I lost my husband three years ago. That’s why the memory is just really good.” 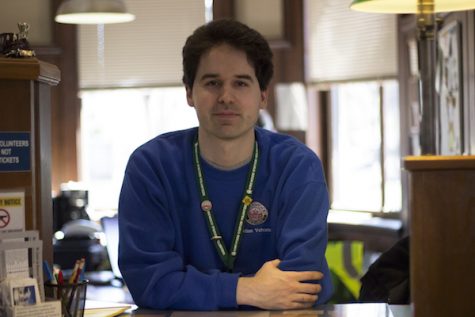 How long have you been working [at the train station]? What’s your position?

“We’re all just volunteers here, but I’ve been here for probably close to four years.”

Did you grow up in Kirkwood?

“I grew up in Webster and went to Webster [Groves] High School. I still live in Webster.”

What’s your favorite memory from Kirkwood or working at the train station?

“The previous mayor has been in here a number of times for various things, Art McDonnell. I’ve met him a few times, and he’s a very personable guy.”

“That’s sort of what got me to start here, but then interacting with people, I found that I sort of enjoyed it.”

Do you travel a lot?

“My brother lives in Kansas City, so I’ve taken the train over there a few times. 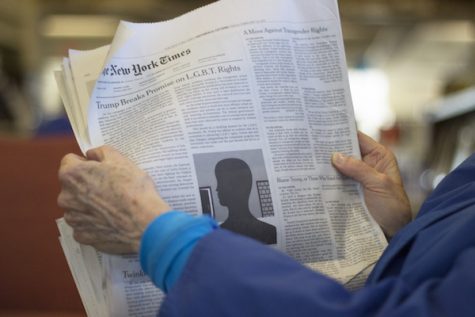 What are you doing at the library?

“I’m reading the New York Times because they have the most thorough reporting, and I think we are in a difficult time right now.”

Do you live in Kirkwood?

What was your profession?

“I was a minister (my last churches were in Indiana) and I retired in 2008. I have two daughters. One is in Germany, and the other is in Kirkwood now, but when we retired she was in Flagstaff so we moved there first, and then when she got a job here in Kirkwood we moved to Kirkwood.

What is your favorite part about Kirkwood?

“Well, I don’t live far from [the Kirkwood Public Library], so I can walk a lot of places and I feel very safe doing that. The people are wonderful, the library is a great resource and I go to the [YMCA] almost every day, [it is] a wonderful place. When you have a question or something like that, [Kirkwood is] very helpful, and you don’t always find that.”

Do you have any interesting stories from your job as a minister?

“Oh, you meet all kinds of interesting people. When I was in Indiana, I served two churches, I’m with the United Church of Christ Denomination, and one of the churches out in the country was founded in 1840 by German immigrants. Their descendants still live around there, they are a rural community. When my daughter and her family came to visit there was a cemetery nearby, and her husband is German, so they went through and looked at all the German names on the tombstones. To me that was remarkable, that it went way back to 1840. Wherever you live you are going to find interesting people, and every place I’ve lived there is always something that is very nice and neat about it, in addition to the people and the surroundings, and you just adapt to whatever environment you are put into. I got my seminary degree in mid-life, and so I was in and out of ministry for about 30 years, and my husband was too, he died in 2013, but he was also a minister, we went to seminary at the same time.”

Where was your favorite place you’ve lived, and what were your best experiences there?

“Buffalo, WY was an interesting place, there was a small town, 3500 people, but it really had a rich cultural background. There were many people there that were into the arts and were into creating plays and that kind of thing. And it’s a beautiful setting, the mountains are all around you, and you can hike into the mountains without having any problem.

We lived out in Arizona, in Mesa outside of Phoenix, and after about 4 years, we found it to be quite unbearable in the summer. And if you’re a minister you can’t escape to the mountains on the weekends, you have no weekend. Mesa was a Mormon settlement, so the core of the politics was all Mormon oriented. But in the wintertime we had all these snowbirds come down from Canada, and Michigan and other places, so the town, it was a town of 300,000, but in the wintertime it would be like 400-500,000 people because of all the snowbirds that flew down. That was an interesting place, it had its own quirkiness to it, because of that religious orientation.”

What are the biggest differences between Kirkwood and the other places you’ve lived?

“When you move someplace, and I learned this as a kid because I moved around somewhat, that you just had to get used to wherever you were, and make the best of it.