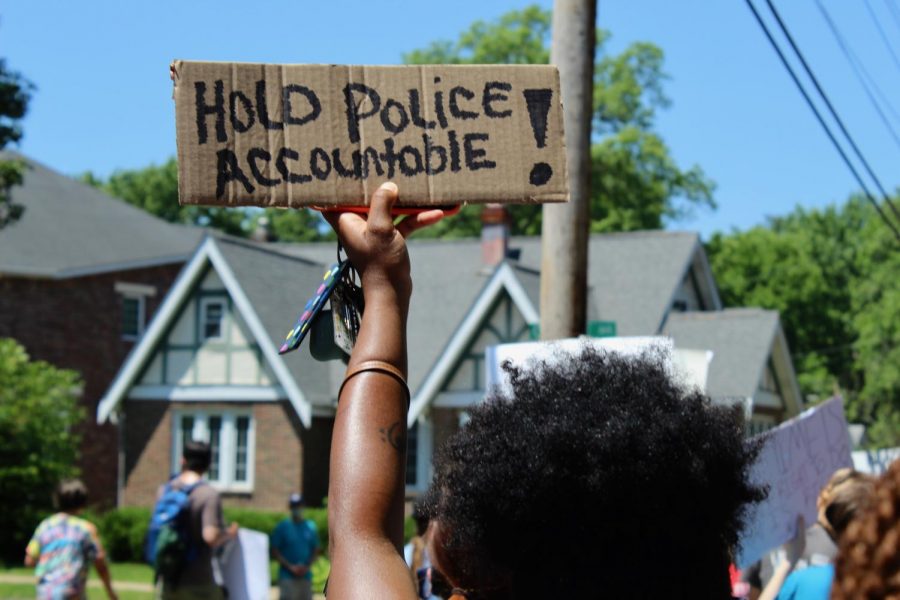 A young woman holds up a cardboard sign as she walks with the protest.

In response to George Floyds death, many communities around the country have rallied together to protest in support of the Black Lives Matter movement.  On Saturday, June 6, Kirkwood held its own march to show support for the movement. One of the protestors was Cora Hoeing, junior, who previously walked in a different march in downtown St. Louis.

“I think it’s so good that a lot of people from different races, especially white people are here,” Hoeing said. “They’re [aware of] their privilege, and I think thats a really important part of it.”