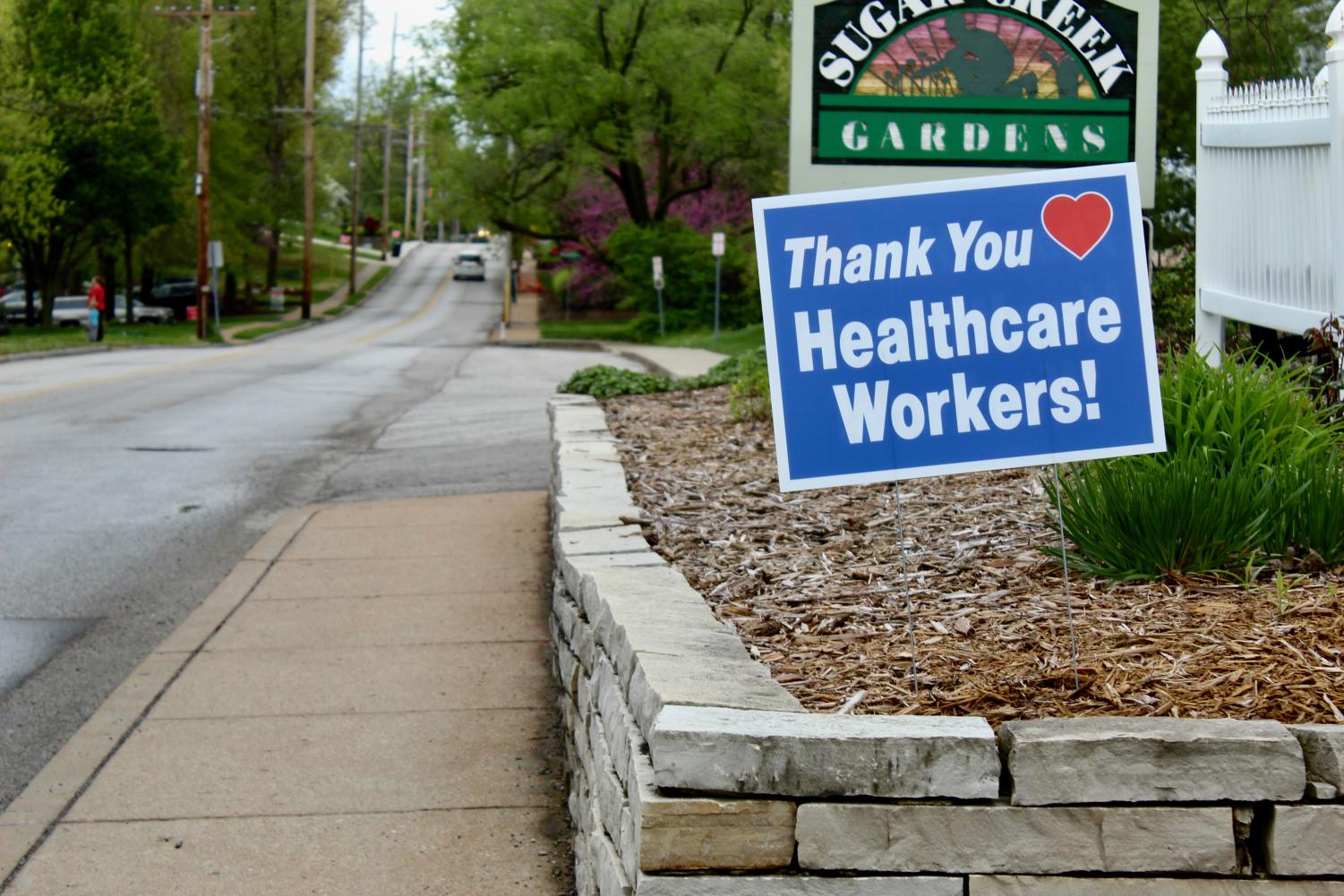 Many local businesses and homes are displaying signs to show their support for workers on the front lines of the pandemic. (De Lila Green)

Many local businesses and homes are displaying signs to show their support for workers on the front lines of the pandemic.

Most Missouri businesses opened Monday, May 5 with Missouri Governor Mike Parson’s ‘Show Me Strong Recovery Plan’. St. Louis County Executive Dr. Sam Page and St. Louis city Mayor Lyda Krewson announced a joint decision on Tuesday, May 5 to begin reopening the area Monday, May 18. Additionally, although the stay-at-home order is currently in place, many Kirkwood businesses are still able to operate through carry-out and pick-up services.

Due to district-wide closure through the end of the school year, KHS 12th grade principal Jeff Townsend announced in an April 29 email information for senior check out which is to take place May 6. Currently, all KSD properties are closed both inside and outside.

KHS also announced a graduation parade at noon on Saturday, May 9. The parade will begin at the Kirkwood Community Center and end at KHS, where cars can stop and park. Graduates must fill out this Google form in order to attend. Students are instructed to sit in the passenger seat with a family member driving, and cap and gowns are recommended. Once at KHS, students will be directed following certain protocol to have their picture taken under the overhang at Dougherty Ferry. Seniors have an email regarding details and instructions. Find more information about the parade here. KHS clarified that social distancing rules still apply.

The state of Missouri experienced the largest increase of COVID-19 cases since early April, totaling over 800 new cases between April 1 and April 3.

Additionally, at least 405 employees at the Triumph Foods pork processing plant in St. Joseph were found to be infected with the virus. Triumph Foods specializes in local pork production, according to their website.

Missouri nursing homes have also been affected by the virus, with 70 nursing home facilities in the St. Louis area reporting COVID-19 outbreaks within their facilities.

The increase occurs only days after Governor Mike Parson announced phase one of his plan to reopen the state’s economy, titled the “Show Me Strong Recovery” plan. Last week, Governor Parson said that Missouri had hit its peak of COVID-19 cases, but noted that St. Louis was the only area of the state where cases had not dropped.

Many local governments are allowing their stay-at-home orders to expire, although St. Louis County extended its order indefinitely to reevaluate at a later date.

As May begins the nation has started to discuss the process of reopening. By May 4, 24 states have partially reopened their economies with businesses and some public amenities, along with President Trump’s encouragement.“I really believe that you can go to parks, you can go to beaches . . . [if] you stay away a certain amount,” he said in a statement to the Washington Post. Trump has also released guidelines regarding “Opening Up America Again” from the whitehouse and the CDC giving “a three-phased approach based on the advice of public health experts.”

However, this opening came at the same time as the nation’s highest death toll over 24 hours due to the coronavirus in the first days of states opening, according to a report from the World Health Organization released May 1. This report stated that there had been 2,909 deaths on May 1. This broke the previous record-breaking number of 2,471 deaths on April 3. These deaths come with some public health experts cautioning against opening up state lockdowns prematurely, with Columbia University epidemiologist Jeffrey Shaman stating, “It’s not a matter of whether infections will increase, but by how much.”

Essential workers have  expressed concern about how they are being treated during this pandemic. On May 1, workers from stores including Amazon and Target staged a May Day protest calling for better pay and treatment. As well as nurses from over 130 hospitals who protested to their right to demand proper protective equipment.  Amazon responded in a statement reading, “While we respect people’s right to express themselves, we object to the irresponsible actions of labor groups in spreading misinformation and making false claims about Amazon during this unprecedented health and economic crisis. We have gone to extreme measures to understand and address this pandemic.” Also on May 1 came a rent strike  with protesters demanding state leaders to freeze rents during the crisis, and refusing to pay their rent to bring light to those who can’t. This protest came while 30.3 million people have claimed first-time unemployment which makes up 18.6 percent of the labor force. The current number of cases in the US currently is 1,122,486 with a death toll of 65,735 as of May 3. 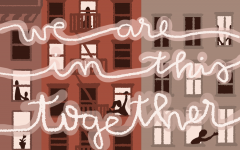 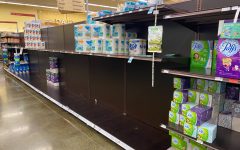