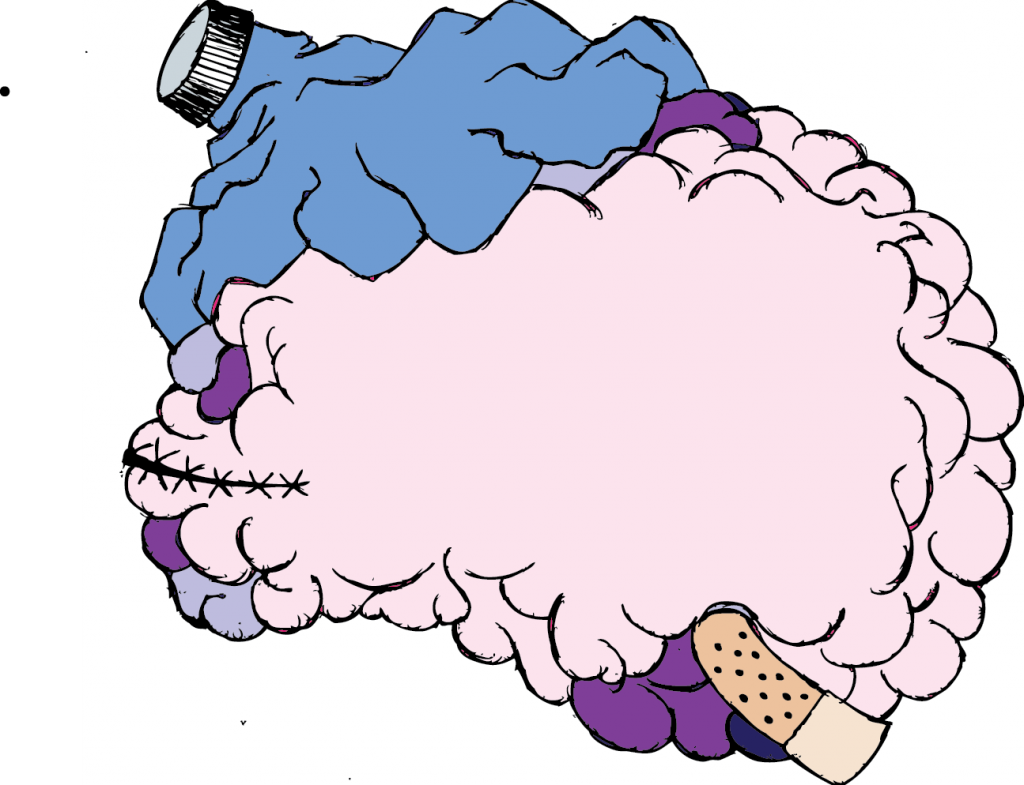 As Drue Voorhees, senior, dribbled and turned up field during her field hockey game, she was head-butted by an opposing player. Voorhees recalls being dizzy, nauseous and having a headache while finishing the game, but not much else.

“[After the hit] was scary,” Voorhees said of the hit that left her with a concussion. “I didn’t really know what was going on after.”

Voorhees is one of 14 athletes this year to receive a concussion from sports at KHS. Although she missed only a week of playing, others, such as Maddy Hammett, senior, haven’t been as lucky, missing playing time or even being forced to quit sports.

A concussion is defined by the Centers for Disease Control (CDC) as ‘a type of traumatic brain injury caused by a bump, blow, or jolt to the head that can change the way your brain normally works.’ Symptoms of concussions vary but have a common theme: headache, amnesia and confusion.

In order to combat brain injuries a new test was co-founded by Mark Lovell, Ph.D., Joseph Maroon, M.D., and Michael Collins, Ph.D. in 2002. The Immediate Post-Concussion Assessment and Cognitive Testing (ImPACT) was created to determine a safe return to play after concussions. ImPACT measures response time and concentration levels to tell if a concussion is present. These are administered and monitored by the athletic trainers at participating schools, such as KHS.

“I think it [ImPACT] is very effective,” Corey Nesslage, athletic director, said. “It allows our trainer specific data in regards to the differences between before and after the concussion.”

After the results of the post-injury test are taken, and if there is a concussion present, the case is handed over to a doctor.

“Depending on the case, some doctors will do imaging. Others will tell them they have to be symptom free for seven days,” Denise Grider, athletic trainer, said.

At KHS, athletes begin working their way back by doing exercise monitored by Grider.

“We do a little bit of exercise and we see how they respond to it,” Nesslage said. “If there’s no symptoms of the concussion, we add more exercise. It’s a step-by-step process they have to get through before they can be released to participate again.”

The Dana Foundation, a private organization that supports brain research, states after a brain injury the risk of a second injury is three times greater.

Suffering multiple concussions can cause some to reconsider their involvement in sports. Hammett, softball captain, had her first concussion a year ago and suffered an-other last month.

“I was super confused,” Hammett said. “Honestly, I had no idea what was going on I was so dizzy.”

Hammett has missed the last month of softball and may not continue to play sports again because of her multiple concussions.

“When it’s your brain, it’s scary. You have to watch out for it,” Voorhees said.

According to SportsMD, concussions’ long-term effects vary from memory loss to death if the athlete receives another hit. This is known as Second Impact Syndrome and is fatal in most situations.

“The number one problem in people with concussions is they try and go back [to their sport] too early, and that’s when the risks really increase,” Nesslage said.
Over the past few years Grider and Nesslage say they have seen an increase in concussions. Both attribute that increase to more awareness and research on the dangers of brain injuries and their effects on the futures of athletes.

Although Kirkwood does not utilize budget money for research purposes and has no immediate plans to do so, Nesslage believes the research will trickle down from the upper levels of sports ultimately making sports safer.

“The most important thing for us,” Nesslage said, “is safety of athletes on the field.”