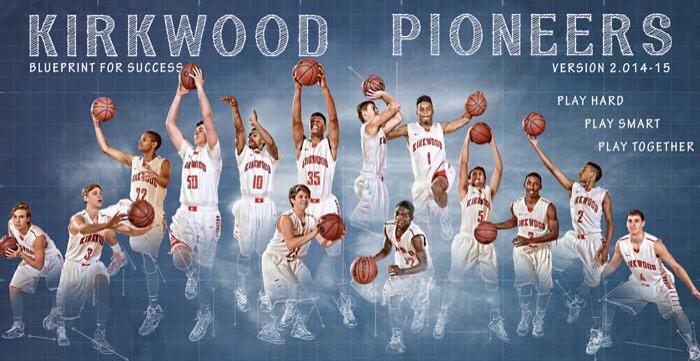 Hockey took the ice, defeating Oakville 5-2 at the South County Ice Rink. Cole Mudra, senior, gave the Pioneers an early lead in the first period by a pass from Sam Smith, sophomore. Shortly after, Smith scored from a pass by Tanner Drake, junior, to give the Pioneers a 2-0 lead. However, Oakville answered with three minutes left in the first period, making the score 2-1 going into the second period. Following the start of the second period, Luke McNab, senior, stuck it in the net from a pass by Mudra. Yet again, Mudra found the net from a pass from Smith, with yet another Oakville answer to follow with two minutes left in the second period, making the score 4-2 going into the third. The man on fire, Mudra, scored again to complete the hat trick early in the third period. KHS’ next game is Saturday, Dec. 13, at the Kirkwood Ice Rink at 9:15 p.m vs. Rockwood Summit.

Girls’ varsity basketball defeated Lindbergh 84-34 in their first home game. Their next game is Friday, Dec. 12 vs. Lafayette at KHS at 6 p.m. Freshman won 27-16 and JV basketball emerged victorious 50-23, finishing the sweep.

Boys’ varsity basektball gets the win versus Howell North 65-33 in the Charles West Tournament. KHS advances to semis on Wednesday, Dec. 10 at 8 p.m. at Charles West High School.